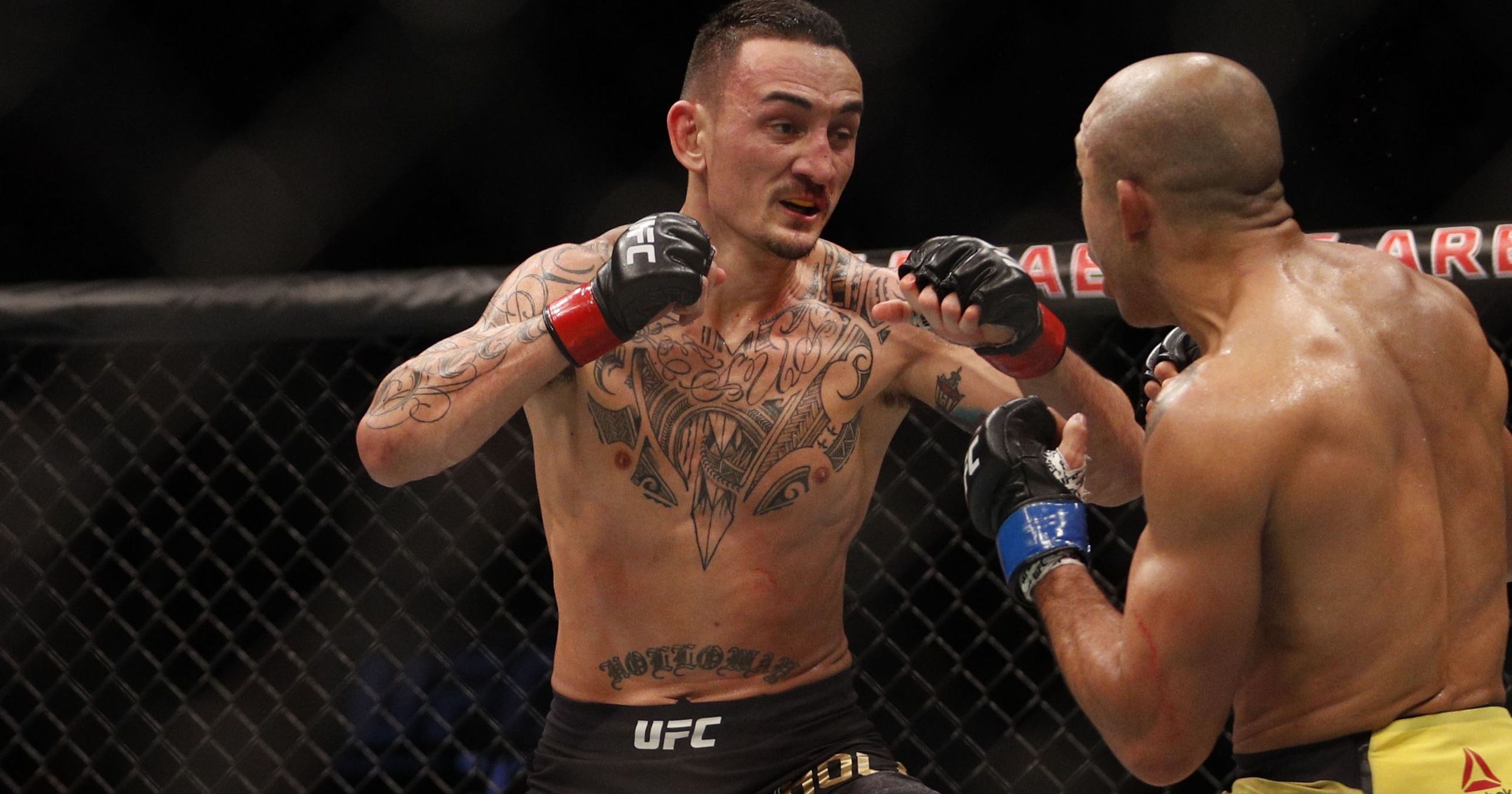 UFC featherweight champion Max Holloway and former UFC lightweight champion Frankie Edgar are all set to take place at UFC 240 at the Rogers Place in Edmonton, Alberta, Canada on July 27, 2019. 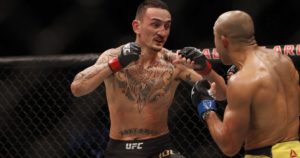 Although Holloway is coming off of a loss to Dustin Poirier last month at UFC 236 for UFC interim lightweight championship, the Hawaiin MMA star still sees a future in the lightweight division. Which is kind of true as well, because many fans thought that the fight was extremely close and Holloway gave Poirier a run for his money.

“Birds fly, fishes swim, I fight,” Holloway told MMA Junkie. “It ain’t nothing. You send me a contract with Daniel Cormier’s name on top tomorrow, you know I’m signing it. ‘DC’ I love you, my man, but I’m a fighter. It is what it is. This is a bump in the road and I can’t wait to get back. ’55 is still there. ’55 there’s a lot of challenges.

“When I lost to Dustin the first time at ’45, the ladder was so long to the belt. But the ’55 ladder, it’s right there. I’m in the mix. If I go up there I feel I’ll be right in the mix with all the top contenders. No disrespect to them, but I think it’s a fun weight class to be. We’ll see what happens.” (H/T- MMA JUNKIE)

Meanwhile, Dustin Poirier is expected to fight Khabib Nurmagomedov at UFC 242 on September 7 in Abu Dhabi.

Do you guys think Holloway could beat top contenders in the lightweight division?

Previous articleYoel Romero wins ₹192 Crore lawsuit against a supplementary company
Next articleAl Iaquinta: Donald Cerrone beat the sh*t out of me