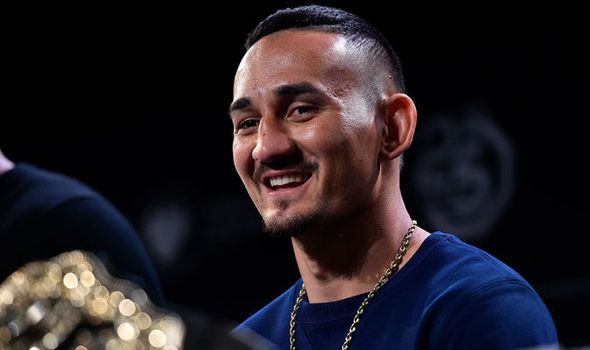 Last year at UFC 231, Max Holloway defeated Brian Ortega to successfully defend his UFC featherweight title. Holloway put an absolute beating on Ortega and knocked him out in the fourth round. However, they were scheduled to fight back at UFC 226, but Max Holloway had to pull out because of concussion-like symptoms.

Now following his defeat at UFC 245, where he lost his featherweight title to Alexander Volkanovski, the former champ Max appeared on the Joe Rogan show and further clarified on the issues that led him to pull out of the fight. 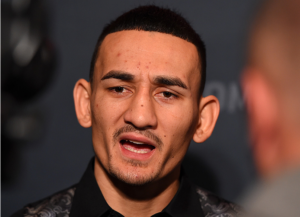 Max Holloway even revealed that he is suing someone for his health debacle, but didn’t reveal any other details.

“What was funny was that July fight, when we was getting ready, it was in Vegas right? I had to fly to New York to do my media day. So from Hawaii to New York, then we did a 12-hour media and then we went to Vegas, I think I got to Vegas on Thursday. Then you know, I just felt out of it. I wasn’t really cutting weight, just dieting and stuff. Even the water thing, it wasn’t water. I drink a load of water fight week. Even before the fight, we drink a load of water. Then a couple of days passed and it just wasn’t going away.” Holloway told Rogan.

“I could tell you exactly what it was, it was something that was consumed. Like right now, not that much people know that I left my old management, I’m with new management now. My manager, now he’s like a behavioural science guy, he’s probably watching this right now squirming when I’m talking about it. We got stuff going on, I’m looking to work on with lawyers and stuff and we plan on suing somebody. There’s a bunch of stuff I really can’t talk about, I probably shouldn’t be talking about it too much. But that’s what it is, something that was consumed.” (H/T – BJPenn.com)

Previous articleUFC: Conor McGregor has a message for Khabib – and the bad blood isn’t done yet!
Next articleGLOBAL ASSOCIATION OF MIXED MARTIAL ARTS (GAMMA) FILES APPLICATION FOR OBSERVER STATUS WITH GAISF