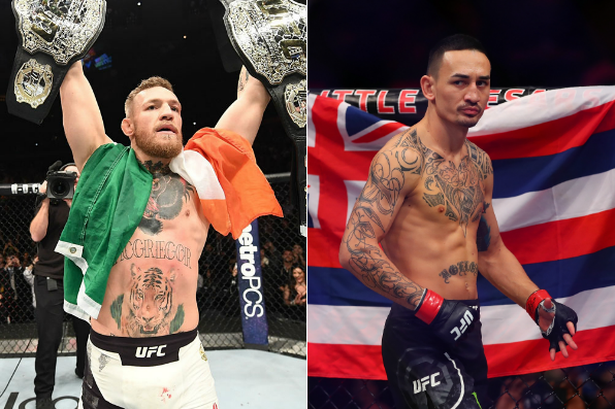 Max Holloway has come a long way ever since his loss to Conor McGregor at UFC Fight Night 26 which took place in 2013.  Six years since his loss to the Irishmen, Holloway is set to defend his featherweight title for the fourth time at UFC 245 against Alexander Volkanovski.

Conor McGregor, on the other hand, is fighting at UFC 246 where he will be fighting Donald Cerrone at the welterweight limit. Both fighters have never crossed each other’s path ever since. But Holloway believes that if McGregor wants to establish himself as the best fighter in the world, he would have to fight him eventually. 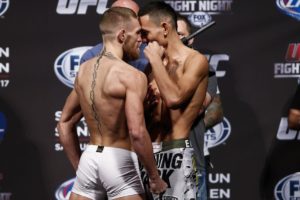 “We’ll see what happens. If he wants to be what he was a couple of years ago when he was the greatest mixed martial artist in the world, and he wants to be the greatest again, I’m sure we’re going to run into each other like that,” Holloway said at a media luncheon ahead of UFC 245.

Conor McGregor hasn’t won a fight inside the Octagon in over three years. He was last seen in action at UFC 229 against UFC lightweight champion Khabib Nurmagomedov, where he lost via rear-naked choke submission in the fourth round. His last win came against Eddie Alvarez at UFC 205 which took place back in November of 2016 at the Madison Square Garden in New York. Therefore, Holloway hopes that the Irishmen comes better prepared for Cerrone.

“We’ll see what Conor comes,” Holloway said. “We’ll see if Mystic Mac is back and the way he’s training but we get to see that fight. Hopefully.

“I wish him a great training camp, and I can’t wait to see him go back in there.” (H/T – MMAFighting.com)