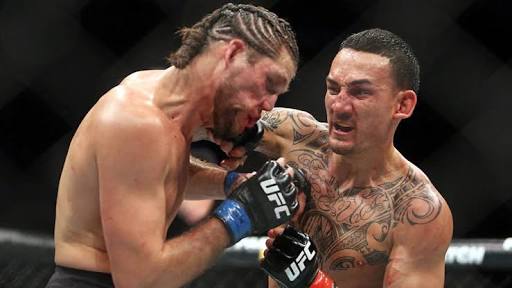 Holloway, known for his problems dealing with weight cut, was coming of a year layoff. Ortega on the other hand, steam rolled through each opponent in his way to earn the #1 ranked contender spot. What was expected to be a competitive fight, turned into a fairly one-sided contest as champ Holloway left no doubt by finishing Ortega via fourth round doctor stoppage. 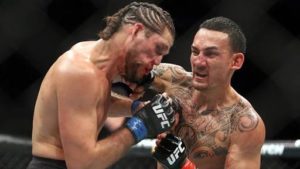 Reflecting back to the fight, champ Holloway had some advice for contender Ortega. Holloway preached Ortega to keep his lead hand up to protect his chin. (via Twitter):

Despite being a highly skilled Brazilian Jiu-Jitsu black belt, Ortega is known for decent striking as well, as he was coming off of a knockout victory against former lightweight champion Frankie Edgar, becoming the only man to ever finish him.

However Holloway known for his ability to maintain range, use footwork and apply volume started dominating Ortega. Ortega had his moment in the third round as he tagged Holloway and got a takedown. However that was short lived as Holloway not only finished Ortega but called it even before the round started.

Holloway landed a total of 219 significant strikes compared to Ortega’s 86. Ortega eventually switched to his base of BJJ by attempting takedowns however he could manage to get only one out of total 11 attempted takedowns.

UFC: Alexander Volkanovski on why he’s such a bad match up to Max Holloway