Max Holloway wants the Khabib fight in the future: He barely loses a round. That’s a pound for pound guy! 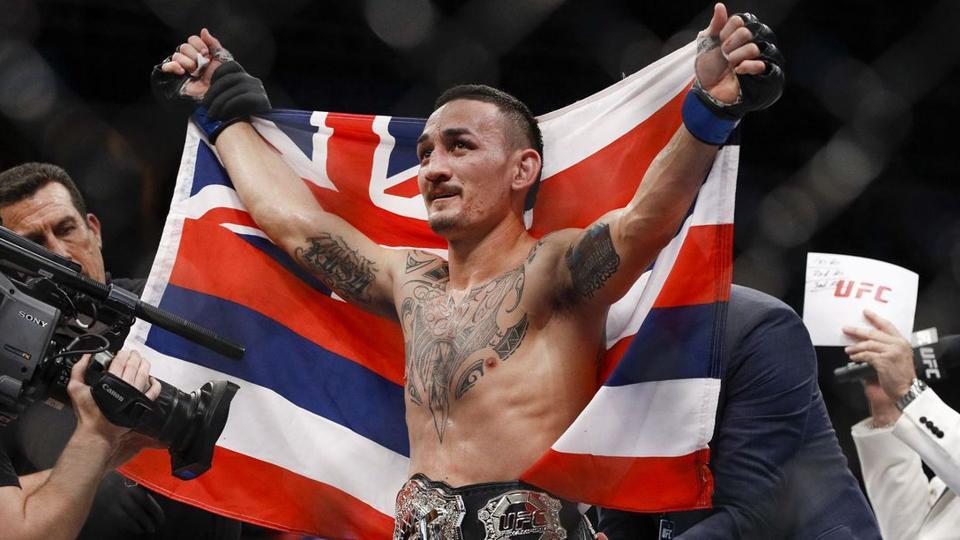 This is one goal that Holloway has been after for a long time, and will do anything to achieve.

I’m trying to go in there and make you guys scratch your head. The last fight, all you guys were saying that was going to be ‘Fight of the Year.’ At the end of it I wanted you guys to be like, ‘What was that?’ I had to lift up some of your guys’ jaws when I walked past the media table. When I think of the No. 1 pound-for-pound guy, I think of dominance. I think of someone just dominating.”

He has made no secret of this mission and is fighting against Dustin Poirier at Lightweight to gain the Interim Championship. If he can get past Poirier, he has his attention on one star only — Khabib Nurmagomedov, the UFC Lightweight Champion, who is currently suspended.

“The rankings and stuff got him right in front of me, but the whole world seems to think he’s the most dominant. When you talk about a pound-for-pound to me, it’s a dominance guy. He barely loses a round, and that’s a pound-for-pound guy. If that’s the guy, sign me up.”

Before he can face Khabib, Holloway has to defeat Dustin Poirier first at UFC 236.

Previous articleUFC 236: Two Belts on the Line
Next articleA criminal charge sheet of Ali Abdelaziz emerges online listing out a number of his crimes