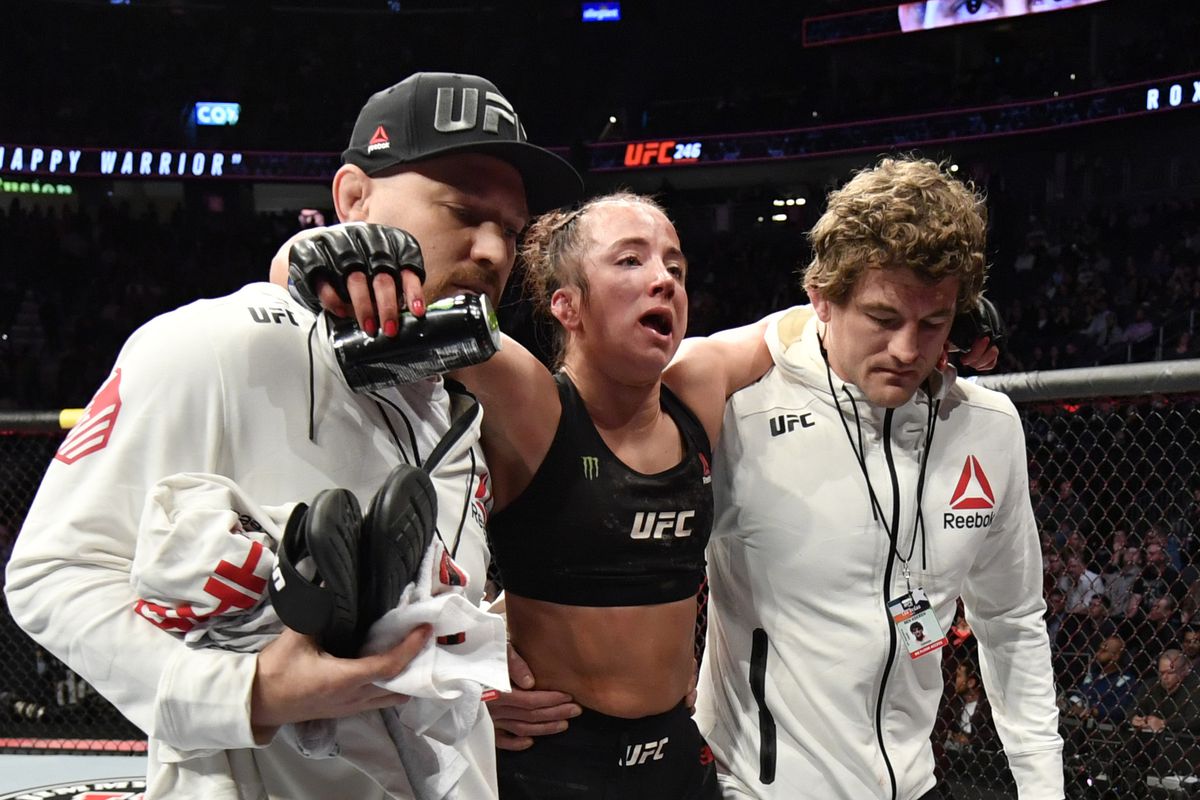 Once considered as the UFC’s upcoming star, Maycee Barber is now riding on a two-fight losing streak. She returned to the Octagon after a year as the co-main event headliner to UFC 258 where she took on Mexico’s Alexa Grasso.

In this fight, Maycee Barber lost via unanimous decision over three rounds. This was her second straight loss with the previous loss coming at the hands of Roxanne Modafferi at UFC 246 last January. 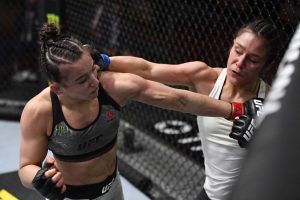 Maycee Barber wants to return as soon as possible

Barber stated that she didn’t suffer any injuries in the fight and that she would go back to training right away and return to the Octagon as soon as possible.

“I think I need to get punched a couple of times. The third round is when I got back into knowing what I am supposed to be doing. My timing was kind of back. The first and second rounds were kind of spent trying to figure it out… I’m definitely happy with how the third round went and I learned a lot,” Maycee Barber said to BJPENN.com earlier this week in her first interview since the loss.

“Obviously, as soon as I lost I wanted to deal with it. There were no injuries, and I’m healthy so it was a bitter pill to swallow like ‘dang, I didn’t perform, I didn’t do what I felt was going to happen.’ I was a little more bitter, so I didn’t think back about the lessons. Now, I am going to sit down and go through the whole camp, the training, and what I can learn from it.” Maycee Barber concluded.

Maycee Barber is targeting an octagon return in May/June and eventually also wants to fight for the UFC championship.