Maycee Barber has a strong message for all the haters on social media: Like what kind of person are you? 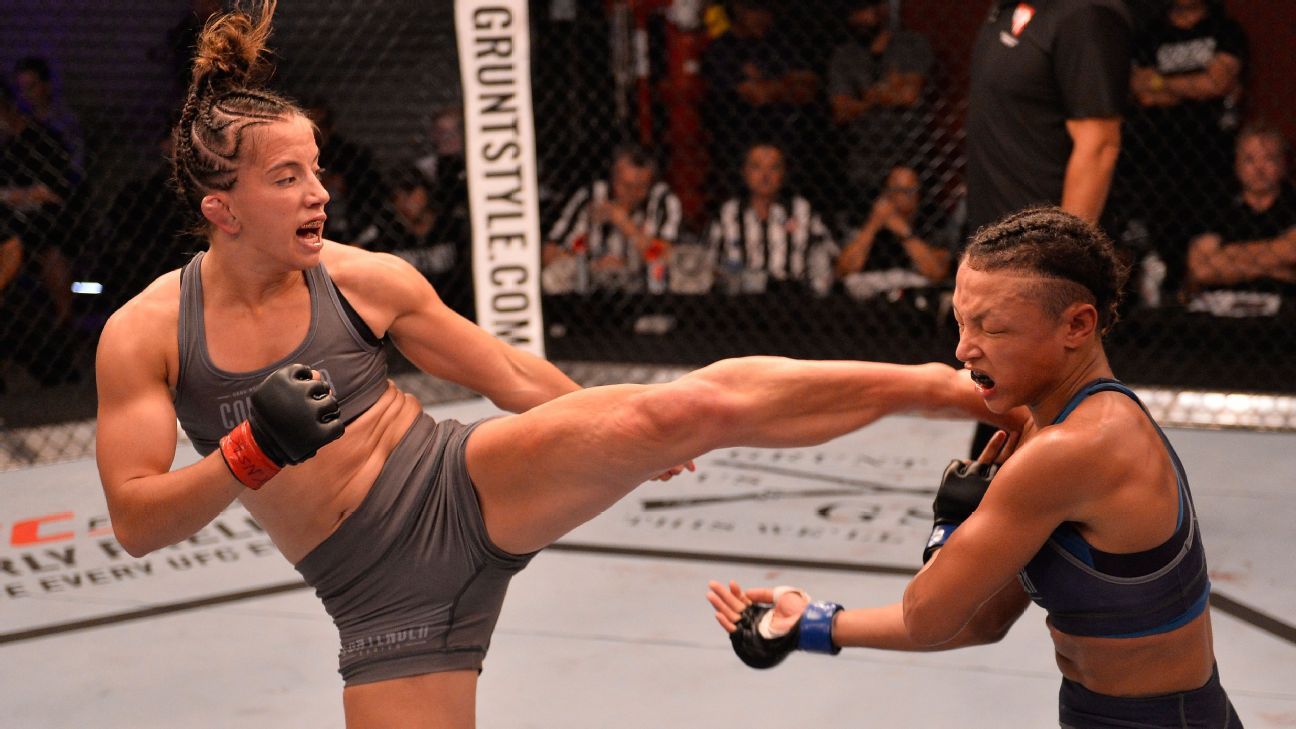 Maycee Barber is one of the most promising young female fighters currently on the UFC’s roster. The 20-year-old UFC Women’s Flyweight Division fighter has turned heads so far with her performances. She has made a name for herself, and with that has discovered the price of fame.

Last month, Barber fought and stopped JJ Aldrich at the UFC on ESPN+ 6 show. Following the fight, she brought controversy and scrutiny on to herself, by saying that she wanted to be as big a fighter as Conor McGregor or Ronda Rousey in the UFC.

She received a lot of positive attention for her comments but also drew some doubters and ‘haters’. She said that while she liked the attention, she also felt that there were people in the MMA fanbase who had nothing better to do than spread hate over Social Media.

She felt that they were jealous of people who were able to get success in their lives, and talked about it to MMA Junkie.

“The fact that they’re watching us be successful and wishing bad things to happen to good people, or hoping they can see someone fail, I’ve never once looked at someone and said, ‘Wow, I really hope that you have an unsuccessful life.’ Like, what kind of person are you? And the fact that you need to waste your time, and you have 500 followers, and you’re giving a hard time to someone who’s just trying to benefit their life and have success.”

Barber went on to say that sometimes the comments that were made were taken as entertainment by her, and she laughed at some things the fans said. Now with two UFC wins under her belt, the future is looking bright for Maycee Barber.