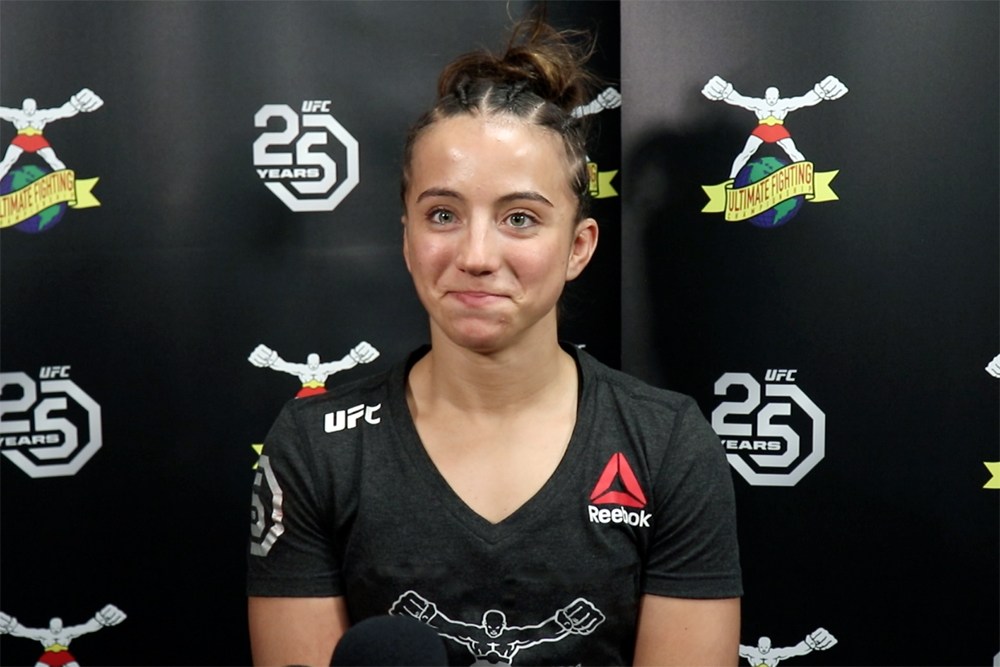 Last month, 20-year-old strawweight Maycee Barber got her second win in her UFC career when she defeated J.J via TKO in Bridgestone Arena in Nashville, Tennessee at UFC Fight Night 148.

She has caused quite a stir in the strawweight division having won two back to back fight via TKO and both of them ending in the second round. Now Maycee has her eyes set on Paige VanZant, who is coming off of an incredible submission win against Rachael Ostovich at the Barclays Center earlier this year. 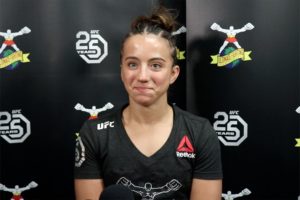 Barber revealed in an interview to MMAJunkie that Paige doesn’t want to fight her, and when Ostovich suffered physical abuse from her husband, the UFC was looking for a replacement fighter and Barber’s name popped up, but Paige declined the fight.

“UFC offered it to Paige, and she turned it down,” Barber told MMA Junkie. “(Matchmaker Mick Maynard) was trying to line it up and he was like, ‘Nope, she declined.’”

On another interview to MMAFighting, she said:

"I cut people up. She doesn’t want to have her face damaged." 👀

“Given my history in fights, I go for finish and I usually cut people up, So She doesn’t want to have her face damaged.”