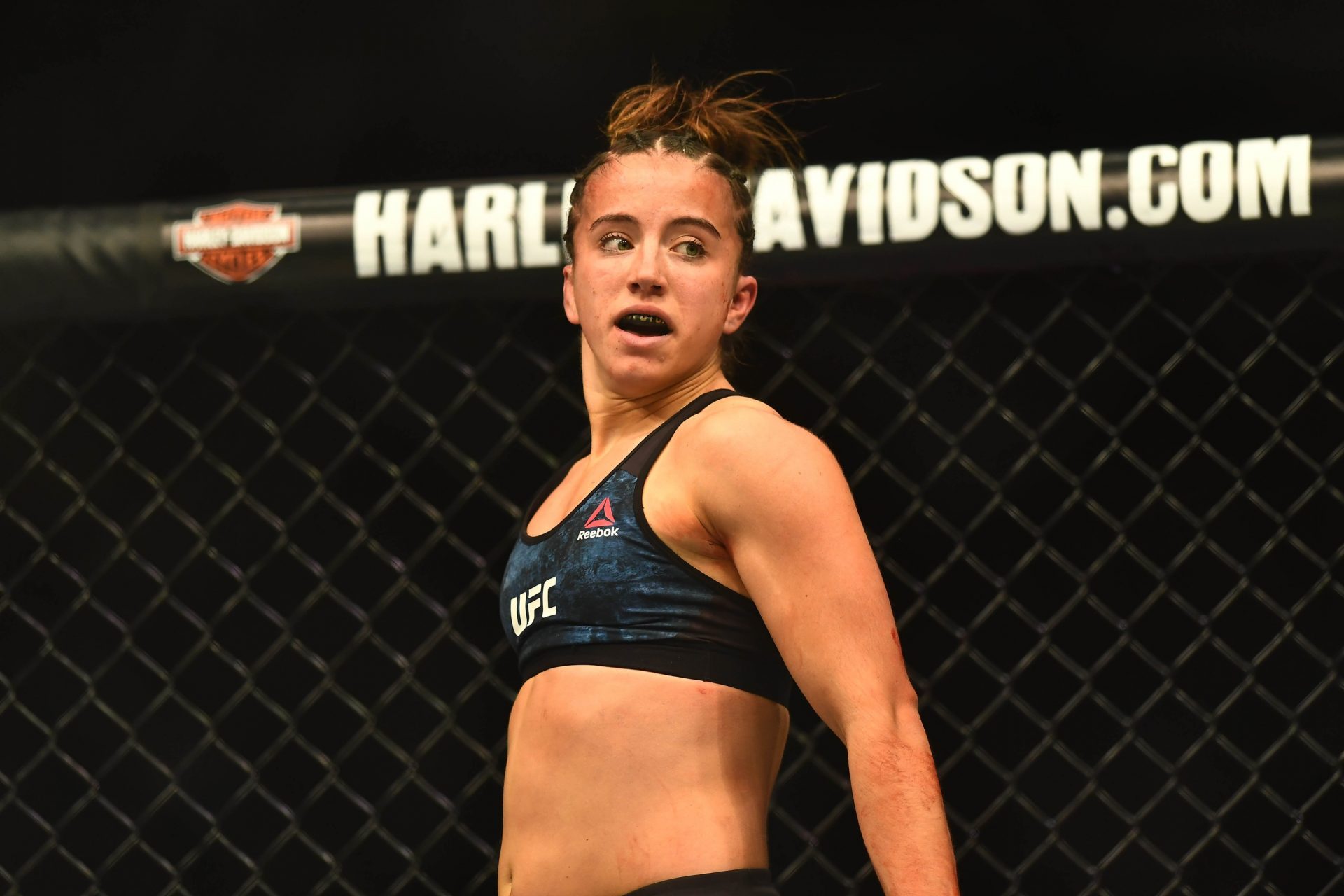 Maycee Barber hasn’t stepped inside the ring in over eleven months. She was last seen in action against Roxanne Modafferi at UFC 246 earlier this year in January.

The card was headlined by a welterweight match-up between Conor McGregor and Donald Cerrone. Maycee Barber was in the final fight of the prelims and fighting on such a high profile card could have done wonders for her career given she had defeated her opponent Modafferi. 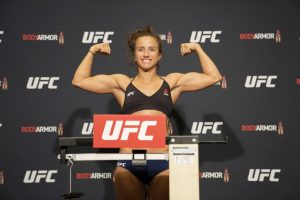 She was beaten by Roxanne Modafferi via unanimous decision. She suffered a leg injury in that fight but still managed to go all thee-rounds against the 38-year old veteran.

“That loss sucked to get injured but the loss is not disappointing,” Maycee Barber said on Just Scrap Radio on BJPENN.com. “What was worse is the fact I lost a fight and couldn’t come back right away because of the injury. Not disappointing because it is part of the journey and part of the story.”

While Maycee Barber suffered an ACL tear in that fight, she still hoped of fighting by the end of the year, however, that didn’t come into fruition and now she thinks that it may have been a good decision afterall.

“I did want to fight, tear my ACL and fight in the same year and have that be the story of fighting twice in a year and tearing my ACL in between. However, this injury, I don’t ever want to go through this again it sucked and it still sucks,” Maycee Barber explained. “There were a lot of ups and downs and I wouldn’t trade it for the world but at the same time, it sucked. Being able to take the extra two months is the smarter thing for my career especially at 22-years-old.”

Maycee Barber to fight at UFC 258

Maycee Barber will return to the Octagon at UFC 258, which is scheduled to take place in February of 2021. She will be fighting Mexico’s Alexa Grasso.

“We had our eye on her but it’s also who the UFC offered. It was the first offer they gave us, I have never turned down a fight,” Baber said. “Just like I have a plan, I know the UFC has a plan. If they say Alexa Grasso there is definitely a reason behind it. I think that is the right way to go. In my division and for me in my career, I shouldn’t be afraid to fight anybody and I never have been. If you offer me Alexa Grasso most likely I’m going to take Alexa Grasso.”

Maycee Barber also stated that she wants to prove her doubters wrong by winning her fight at UFC 258.