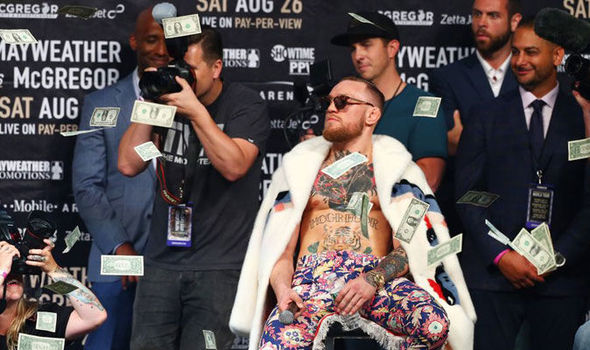 The Notorious’ ranked number 53 on their highest earners list, beating out the likes of Deontay Wilder and Anthony Joshua. Jennifer Lopez who ranked 56 on the list was also taken over by Conor Mcgregors’ aggressive rise. His accomplishments are magnified when considering he only competed on one occasion in the year 2020. Conor McGregor has once again separated himself from his contemporaries as he secured a top-listing on Forbes via ESPN MMA.

Conor McGregor roughly raked in around $30 Million in the aforementioned scrap against ‘Cowboy’ when the two met in January. Additionally, an exclusive Reebok deal sees him net another $5 Million right off the bat to bolster his spot. 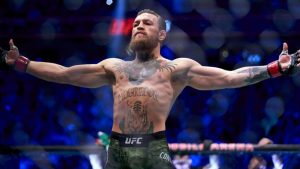 His accolades in the cage are not the only defining parameters that have bolstered his profile. McGregor has ventured into several lucrative business associations and has subsequently grown them.

His venture of ‘Proper 12’ Whiskey has expanded his worth many folds given its insane commercial success. Additionally, Conor’s well-established brand has helped him market his product effectively in the open market. Furthermore, he put together a deal with the UFC to sport the ‘Proper 12’ logo on the canvas of his fight against Khabib Nurmagomedov.

It remains to be seen if the 32-year-old can move his way up the list in next year’s edition, following his decision to retire from MMA yet again earlier this summer following the main event of UFC 250.

Taking to his official Twitter account in response to his placing on the list, McGregor – who also owns the highly-lucrative Proper Twelve whiskey outfit, explaining how he would sit atop the pile of one-hundred celebrities if his sales were disclosed.

In May this year, McGregor also featured in the Forbes’ 2020 Highest-Paid Athletes – scoring the #16 rank on that occasion – also featuring as the sole professional mixed martial artist on the list.

‘The Gypsy King’ came in at thirty-fourth, ahead of major players from other sports such as Lewis Hamilton and Rafael Nadal. Fury made two boxing appearances and one WWE appearance last year. He beat Otto Wallin and Deontay Wilder in the boxing ring and earned a count-out win against Braun Strowman at Crown Jewel.

Joe Rogan insulted by Miley Cyrus on his podcast