McGregor gets sued for throwing can at UFC 202 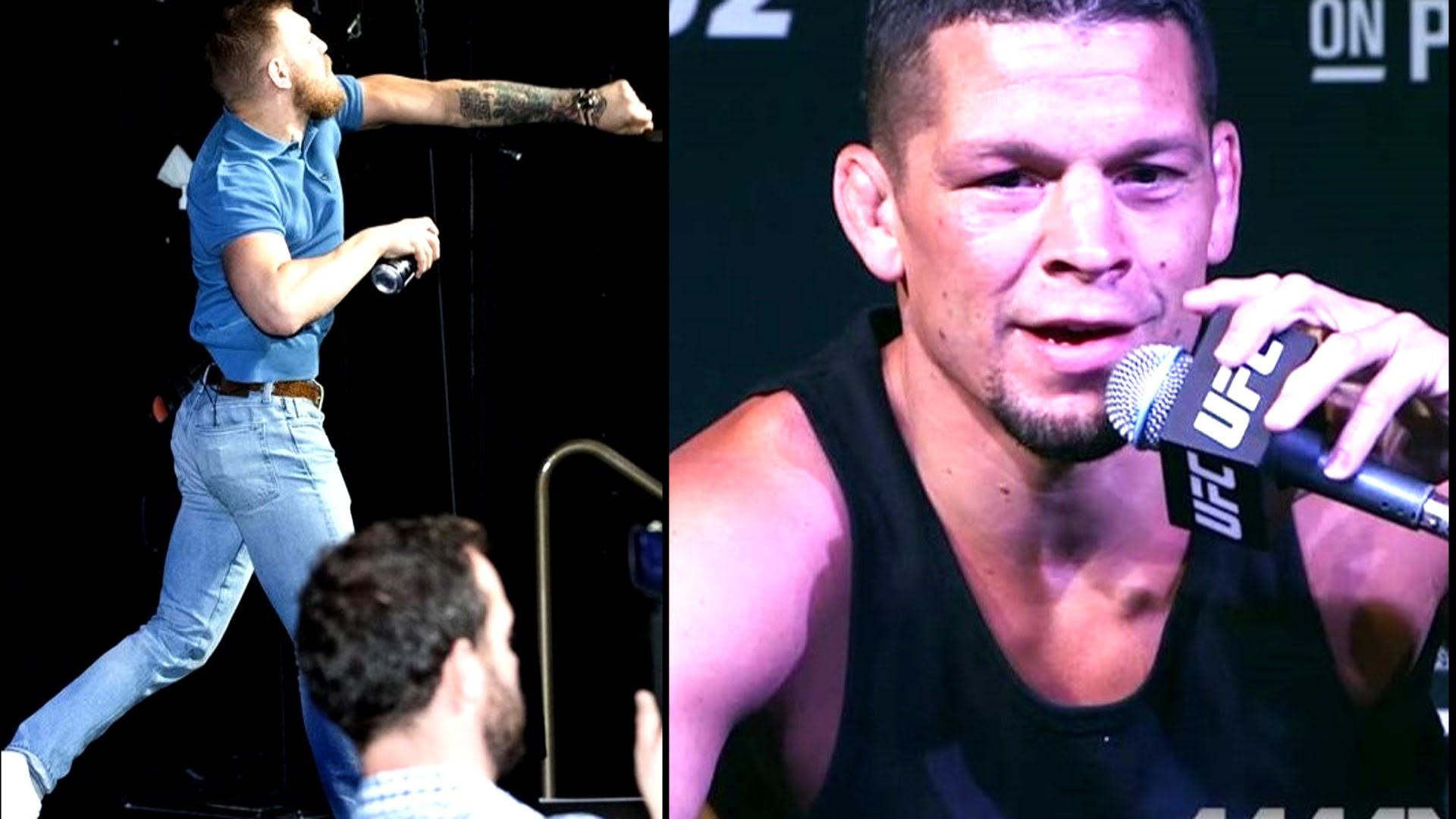 Everyone remembers the infamous incident which happened at the pre fight conference of UFC 202 where Conor McGregor arrived late which didn’t go down too well with Nate Diaz who got up from the dias after Conor arrived with his entourage and started screaming obsenities and middle fingering Conor and threw a water bottle at him which resulted in a full scale water bottle throwing contest between Conor and Nate Diaz and gang, only it wasn’t just water bottles since Conor ran out of them and then picked up some energy drinks cans from the table on the dias to fling towards Nate Diaz and gang.

Now apparently one of these cans found the shoulder of security guard William Pegg who is suing Conor McGregor for $95,000 in damages apart from $5,000 in medical expenses that he claims to have incurred.

Reportedly McGregor’s lawyers are denying any responsibility though we feel if the can did strike the gentleman, then Conor and Nate should both split the bill.