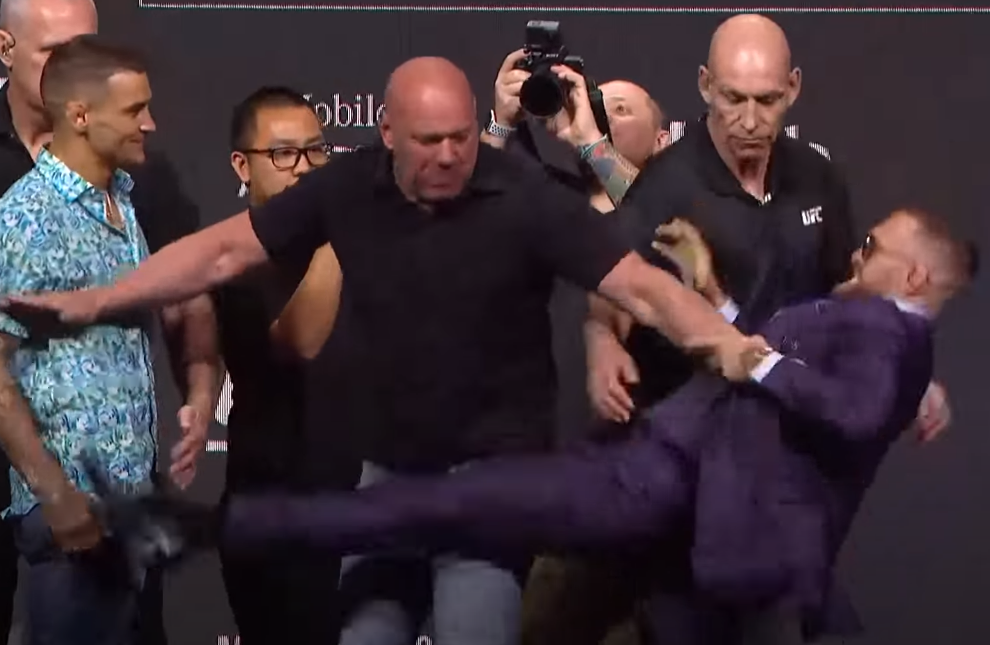 Former UFC Lightweight champion Conor McGregor is eager to show what he has ready on the menu for Dustin Poirier as he attempted a leg kick at his rival during the pre fight press conference ahead of their main event at UFC 264.

In the past, both Mcgregor and Poirier have registered one win over the other. Their first encounter at UFC 178 saw McGregor picking up a win by TKO, and Poirier repeated the same result at UFC 257 back in January this year.

Now, with an aim to avenge his loss in the same year and to get 2-1 up on ‘The Diamond’, McGregor has not only gone back to his trash talking persona, but also the heated up and agitated state that the fans have loved him for over the years.

Towards the final moments of the press conference when the two MMA starts got close to each other for the face-off, McGregor threw a leg kick at Poirier, with the UFC prez Dana White, trying to separate the two.

Conor McGregor trying to give Dustin Poirier a receipt for that calf kick #UFC264 pic.twitter.com/sHVvlwqaj3

Will history repeat itself? Here’s a comparison of McGregor’s leg kick at Khabib and at Poirier 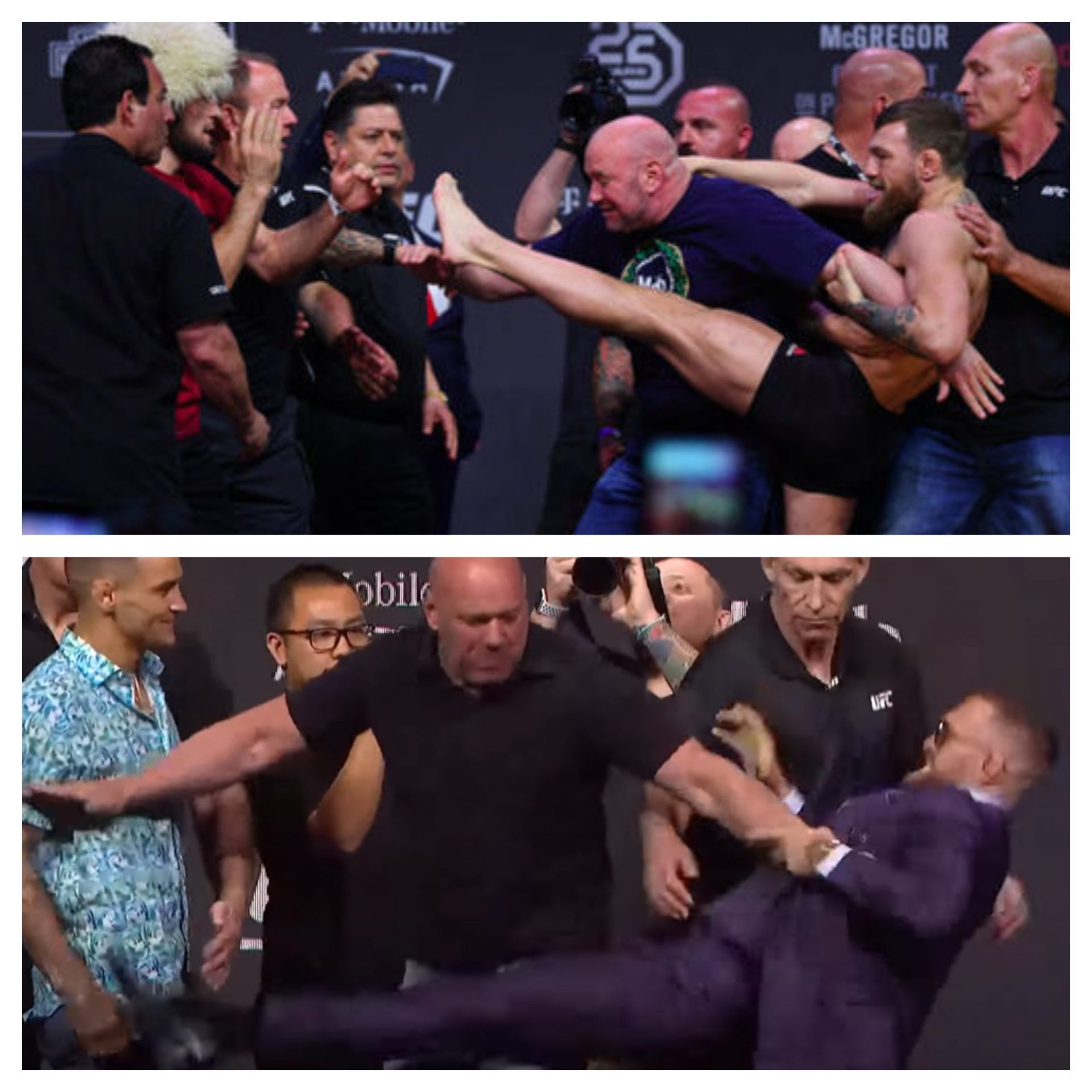 While McGregor has not only gone back to his renowned trash talking, bad mouth persona that fans saw over the years, his leg kick at Poirier serves as a deja-vu to the same leg kick he aimed at Khabib Nurmagomedov during the ceremonial weigh-in of their UFC 229 clash.

At that time, McGregor was on the same furious persona that he showed against Poirier on Thursday night, from calling him a ‘b****’ to a ‘hillbilly’ and even saying that he was the wife of his better half Jolie Poirier. ‘The Diamond’, however, insisted that Conor’s trash talk was ‘better’ before and now its ‘weak.

While the leg kick reminds fans of October 6 2018, the subsequent beating that Conor took from Khabib inside the Octagon also arrives in the memories. Dustin, who has defeated Conor earlier this year, is confident that he will trounce the Irishman a second time, while the ‘Notorious’ has been making it clear that he is “going to kill this man”.

What do you think will happen at UFC 264? Let us know in the comments.