McGregor – Mayweather Jr. breakdown: Can we stop talking about angles? by Akhilesh Gannavarapu 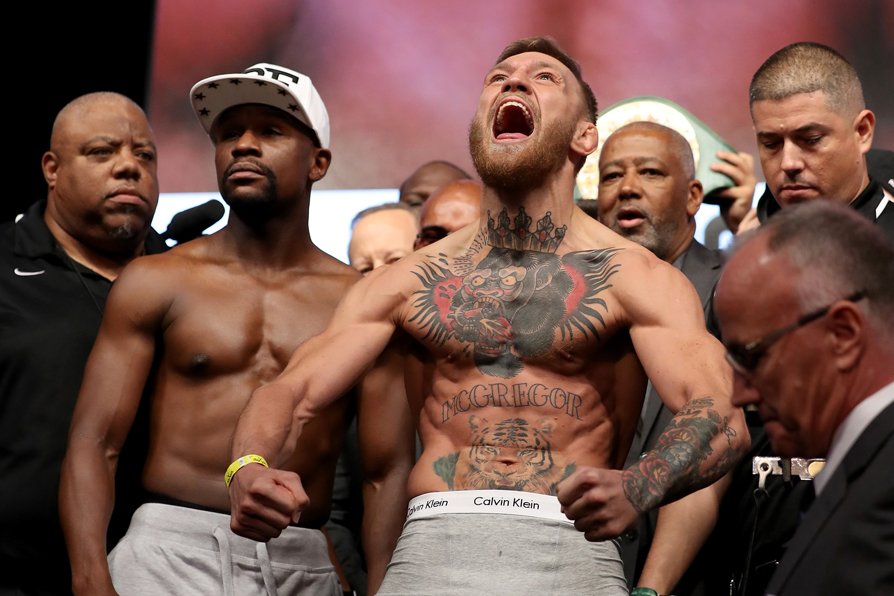 The time is nigh; boxing aficionados and MMA connoisseurs, for once, will be watching “The Money Fight” together. However, unlike people are led to believe, this “collision of worlds” wasn’t just a few months in the making.

Before Conor McGregor envisioned it, years before Floyd Mayweather Jr. accepted what many consider to be his easiest payday, in the dark trenches of the Zuffa offices, Dana White, through his contorted mental images, harnessing the strength to will something into existence, believed he could be the catalyst to something greater than MMA or boxing.

This hybrid of a sport – akin to the monster created by Dr. Frankenstein, was seen as something perverse; boxing, for nearly two centuries of its existence has been an institution. The fundamentals were set, ideologies firmly established. The pugilistic mindset, where boxing isn’t just a sport, but a way of life meant that the notion of an outsider disrupting the foundations wasn’t even entertained.

That was until Mayweather Jr.’s camp started looking at the upside of the showdown. Not only does Mayweather Jr. get to be a part of history, but has the opportunity to make hundreds of millions, while passing the baton of promotional burden to his opponent.

The upside for Conor McGregor? To represent – and thus become the undisputed face of Mixed Martial Arts. While Conor has been teasing the idea of owning shares in the UFC – something Mark Wahlberg wasn’t averse to, the move has been engineered by the Irishman, and Dana White spoke about Conor possibly getting a stake in the company.

So with just two days to go, for something that not too long ago was lampooned as a “freak show” by the members of the media, to actually being looked at as a serious showdown between two of the greatest combat sports athletes of this generation, we break the fight down into three important components.

Will Conor’s muscle memory lead to his undoing?

Everyone, from ex – boxers to glorified pundits to the fans have an opinion on how the fight is going to go down this Saturday. If you’re an MMA fan, there is a good chance you’re sick of hearing people talking about Conor cutting angles, and how Floyd would be overwhelmed while dealing with an unknown entity.

Sure, cutting angles in MMA is different from the movement we see in boxing. A big reason for that is the defensive stability that MMA fighters practise. Unlike in boxing, where the fighters only worry about the fisticuffs, the MMA fighters inherently prepare themselves to react to different situations.

However, this is also an aspect that could play against Conor McGregor this Saturday.

For years, Conor has trained his body — his muscles to react to the probable dangers in an MMA fight. Come Saturday night, he won’t be fighting inside a cage; the Irishman will square off against arguably the greatest defensive boxer in modern history.

The intriguing part? Both of them thrive on counter – striking.

Hands of stone versus the impenetrable defence

Conor McGregor earned a reputation as the knock – out artist in the UFC. Everyone – from Chad Mendes to Dustin Poirier spoke about Conor’s power, and how it was something that completely caught them off guard.

“You cannot hit something you can’t catch” is a phrase a lot of boxers have heard throughout their careers. Floyd Mayweather Jr., while recognised as arguably the best counter puncher in boxing today, is perhaps more famous for his impeccable defensive technique.

As a counter puncher/striker, you need to weather the early onslaught. That can only happen if you have very good defensive skills. The same rule applies for boxers and MMA fighters; the best example in MMA has to be Anderson Silva, who lays traps, baits his opponents and catches them on the counter.

However, Floyd has mastered this technique, and it can be seen from his last fight against Andre Berto. Throughout the 12 rounds, Floyd threw 410 punches, out of which he landed 210. Berto on the other hand threw 495 punches, but could only land 83 of them – a conversion rate of mere 16%.

You can’t hit what you can’t catch. 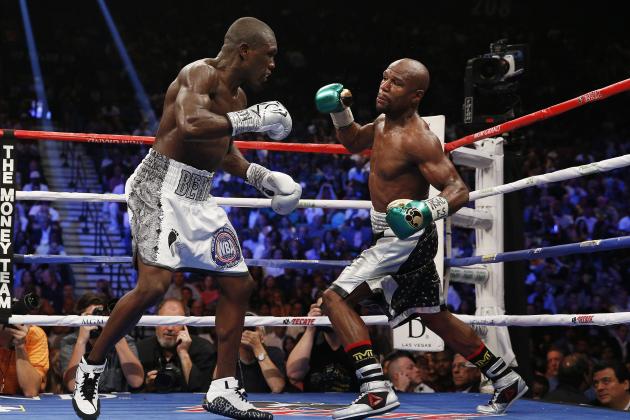 Speed versus technique, power versus precision

“Precision beats power, and timing beats speed” is one of the more iconic quotes in the fight game, courtesy of the brash Irishman who fights this Saturday in Las Vegas. However, against Mayweather, McGregor will not be expecting the same “power and speed” analogy, that he has used so successfully during his UFC stint.

Mayweather Jr. will not come out of the blocks, looking to drop McGregor. Floyd will not tire himself out, chasing the UFC Lightweight Champion. The five – division world champion did not win titles just by being a one – dimensional humdinger.

On the contrary, it will be Floyd Mayweather that will be more precise, more astute with what he throws. At 40 years old, Floyd will fall short in certain areas physically – reflexes and speed being the two important aspects. Floyd Jr. will not think otherwise; what makes Mayweather so dangerous is his ability to understand and respect his shortcomings, but at the same time, amplify his strengths.

This will not be just another boxing match; for the purists, this will be an exhibition – an exhibition of the distance in skills and dimensions between a seasoned boxer, and an MMA fighter trying his hand in boxing.

Floyd will not knock McGregor out inside 3 – 4 rounds; Floyd will be methodical, meticulous in his dissection, reminding everyone of his true potential and the gaping crater, that is the disparity in skill set between one of the true G.O.A.T’s, and Conor McGregor. 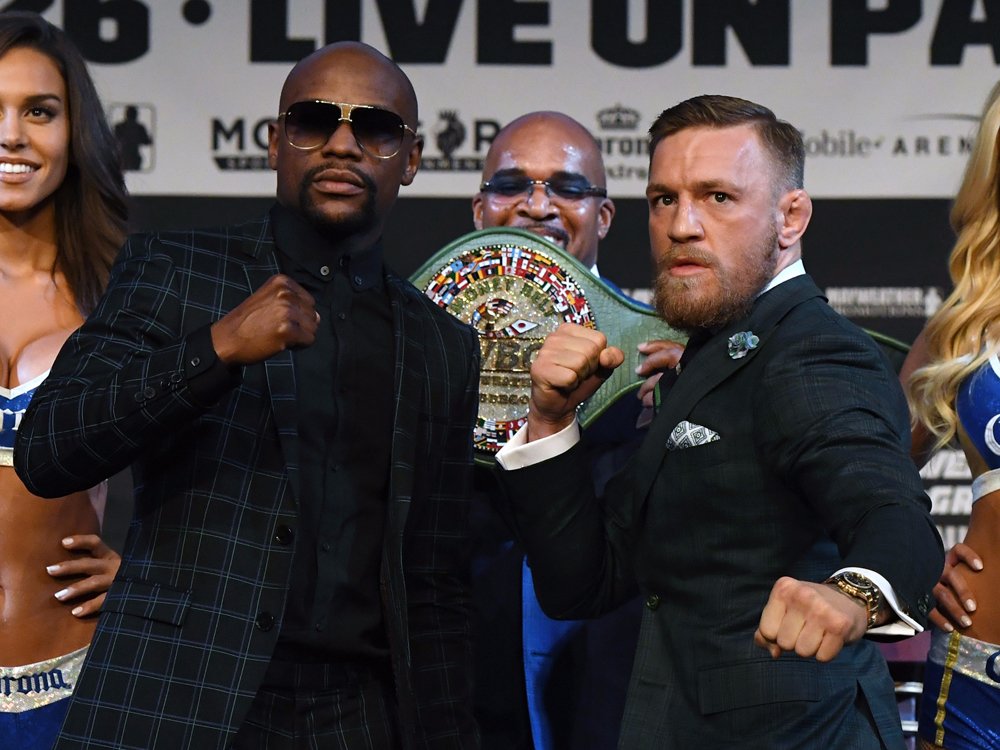 Previous articleMayweather vs McGregor Embedded: Vlog Series – Episode 5
Next articleMany experts have a thing or two to say about the MayMac clash