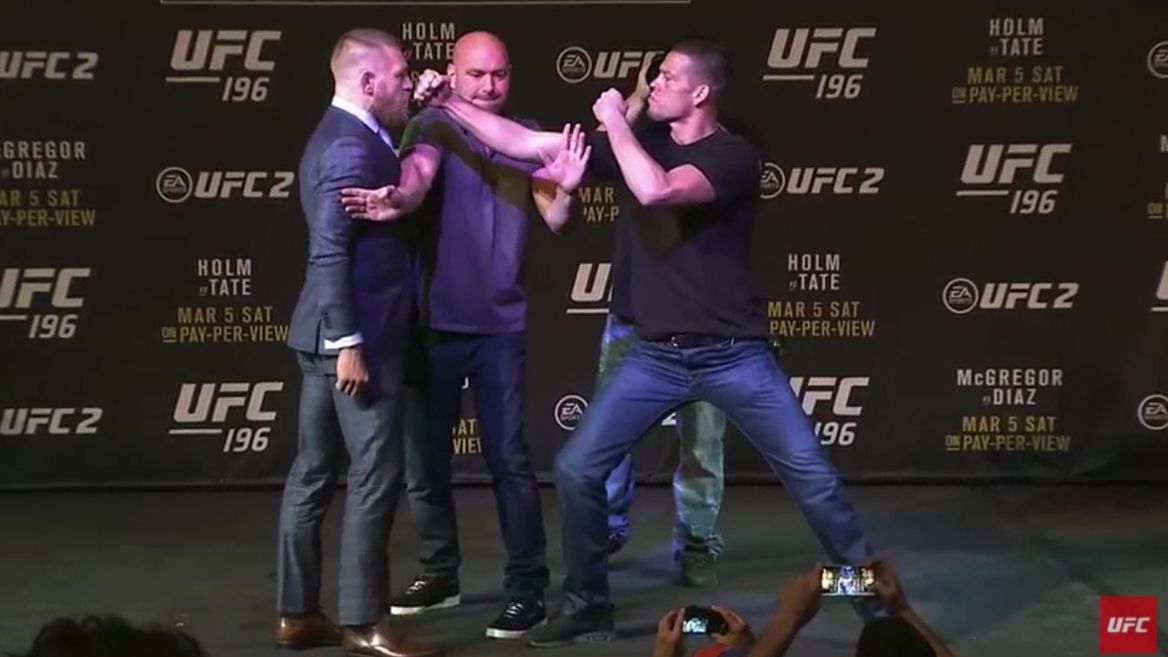 Conor McGregor lets out his next plan after his clash with Floyd Mayweather this weekend on August 26th. The Notorious one has many ventures to look forward to but as he is a businessman he would certainly look towards the biggest money fight, a ‘trilogy fight’.

It looks like the Irishman wants to resurrect his old rivalry with Nate Diaz. The duo had collided on two different occasions; the first at UFC 196 and the second at UFC 202.

“I’ve got another game that I must occupy also,” McGregor told the reporters on Wednesday “The options are there. Multiple belts, multiple organizations, multiple styles… We’ll see what happens.”

“There’s many options,” he said. “I have a trilogy fight in waiting, which would be a big fight. There are many fights. Anything attached to my name is a big contest. I’ve been experiencing these big style fights for a long, long time.”

At UFC 196, Conor McGregor was to fight the then UFC Lightweight champion Rafael Dos Anjos but due to an injury the Brazilian had to be pulled out. This resulted in Nate Diaz filling in his vacant spot on short notice.

And thus an epic rivalry was born. The first fight ended with Diaz choking out McGregor in the second round and the second fight went to the distance with The Notorious one bagging home the victory.

Now that the score is even, Diaz has opined his thoughts on the blockbuster event between Mayweather and McGregor. Surprisingly, he gave out a positive response in support of his arch rival.

“Of course he has a chance, this is the fight game, you always have a chance in a fight,” he said while talking about McGregor. “I believe there’s a lot of ignorance going on in the boxing community.”

“Everyone is dissing Conor saying that he doesn’t have a chance and this and that… I think that he has a great chance.”

Though a trilogy fight may seem a bit difficult for McGregor to get as there is an Interim UFC Lightweight belt created which he will be forced to unify, but we never know what the Irishman can do.

Since McGregor is busy preparing for his clash with Mayweather, the UFC’s lightweight division is put on hold. As a result, an Interim belt was created which will be on the line at the co-main event of UFC 216.

UFC lightweight prospect Tony Ferguson will fight the rising star Kevin Lee for the interim lightweight belt at UFC 216. So as per the rules McGregor will have to face the winner in a title unification match.

On the other hand, Dana White has told the media that McGregor wants to fight undefeated UFC lightweight fighter Khabib Nurmagomedov next and not the winner of Ferguson versus Lee.

One thing is certain, whether it’s Diaz, Ferguson, Lee or Nurmagomedov, a ‘Conor McGregor’ fight is definitely worth watching and would result in generating tons of money for the UFC. 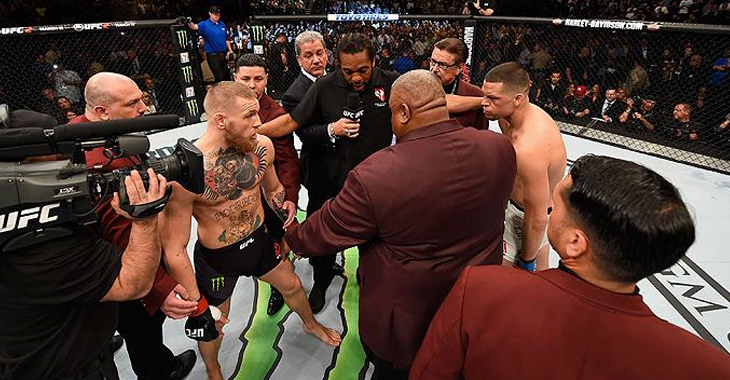 Previous articleMayweather vs McGregor Embedded: Vlog Series – Episode 4
Next articleGSP will have a legend cornering him at UFC 217: