UFC 264 : An agitated Conor McGregor wanted to ‘smack’ reporter who told him, “You have won one fight since Barack Obama was President!” 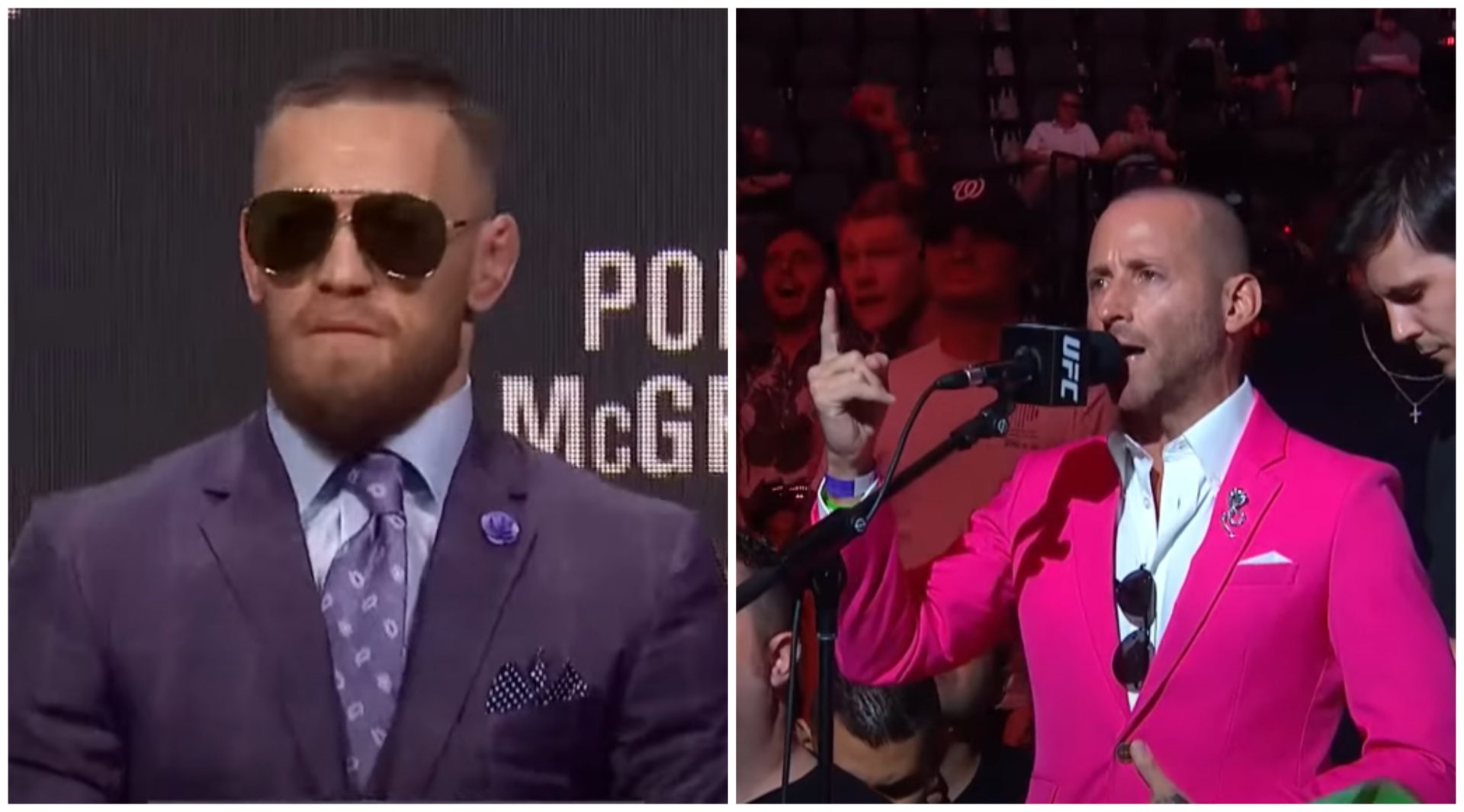 There is no doubt when it comes to Conor McGregor’s skills of handling trick questions during an interview or a press conference, but a one of a kind statement from a reporter during the UFC 264 pre fight press conference got the Irish MMA icon agitated to the bone.

To avenge his January loss against Dustin Poirier, Conor McGregor is leaving no stone unturned as he has gone back to his trash talking avatar, something that he has been famous for over the years and a strategy that ‘Mystic Mac’ uses to get inside the head of his opponent.

However, the press conference this Thursday saw a different incident as it was one reporter in a pink suit that got inside McGregor’s head with a statement reminding him of the recent few years of his MMA career.

The bold reporter, who has now become the star of the press conference, reminded ‘Mystic Mac’ that he has won only once inside the Octagon since former US president Barack Obama stepped down from his position back in January 2017.

“Conor, a question for you,” the reporter’s question arrived with a jab at McGregor, “you have won exactly one fight since Barack Obama was president.”

It was obvious to get into the nerves of an already heated up McGregor, who retaliated by saying, “Shut your mouth or I’ll go down [there] and smash your nose in.”

While Obama was the president of the United States, McGregor had defeated Eddie Alvarez for the UFC Lightweight championship at UFC 205 in November 2016. Since then, however, the ‘Notorious’ had won only once, against Donald Cerrone at UFC 246 in January last year, more than a year after losing the UFC 229 clash against Khabib Nurmagomedov and a year prior to his defeat in the Dustin Poirier rematch at UFC 257.