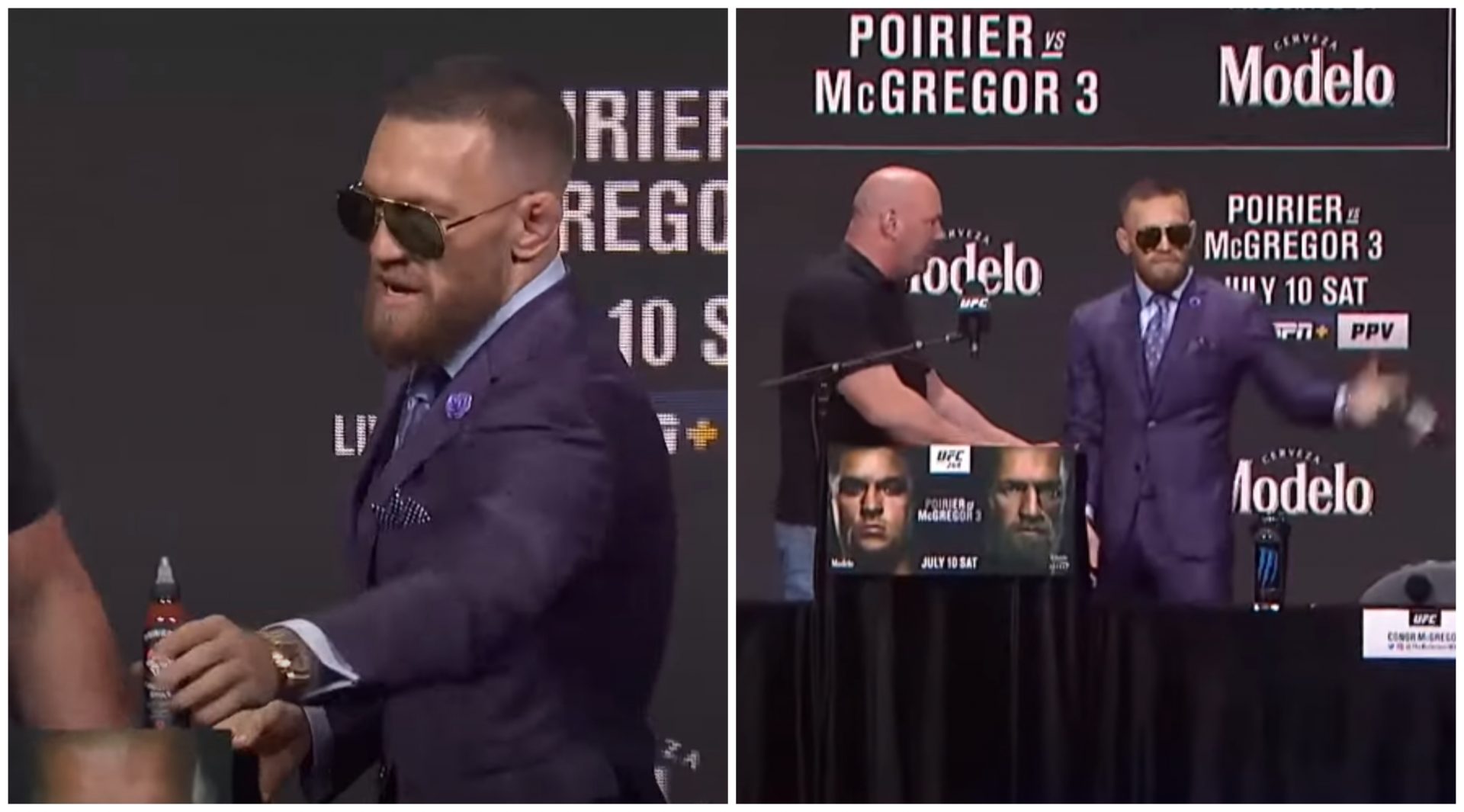 The mixed martial arts fandom has just observed one of the most heated press conferences in the UFC’s history, as the superstar Conor McGregor has been heating up his trilogy fight against Dustin Poirier at the UFC 264 main event.

The press conference, which took place on Thursday, saw ‘Mystic Mac’ in his trash talking avatar as he left no stone unturned to set up the heat against his rival, as he looks forward to avenge his January loss and go 2-1 up over Poirier.

As soon as he appeared on stage for the press conference, McGregor snatched the two bottles of Poirier’s ‘Louisiana Style’ hot sauce, and after the latter arrived, threw the bottles off the stage.

Check out the incident below, courtest of MMA Weekly.

However, the scenario surrounding the Lousiana Style hot sauce was completely the polar opposite back in January during the pre fight press conference ahead of UFC 257, which served as the second fight between McGregor and Poirier.

A much more humble ‘Notorious’ McGregor had a light hearted moment with Poirier, appreciating his fellow MMA fighter for his sauce and said that he would like to try it, “You’ve got the hot sauce Dustin. I’d love to taste the hot sauce.”

In response, ‘The Diamond’ had offered McGregor a bottle himself, to which, the Irishman had again said that he would share a bottle of his Proper Twelve with Poirier, “I’d appreciate that. I’ve got a bottle of Proper (McGregor’s whiskey brand) for you. I’d love to share that.”

However, since losing their second encounter at UFC 257, its evident that McGregor’s approach has changed and he has gone back to his badmouth character as the much anticipated UFC 264 makes its approach this Sunday.