McGregor’s possible moves after his historic clash with Mayweather: 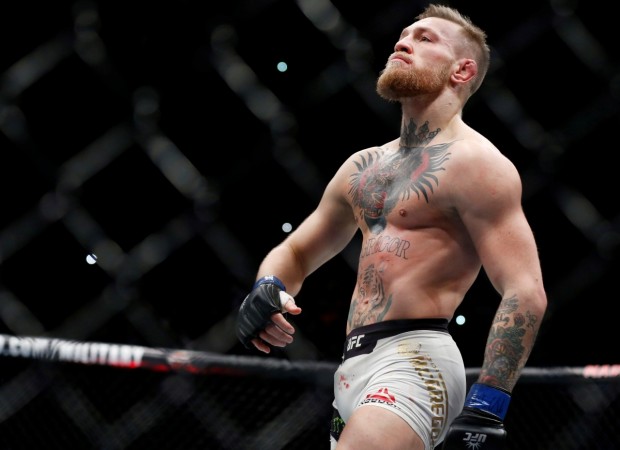 Conor McGregor has many ventures to look forward to after this Sunday’s boxing showdown with Floyd Mayweather. One of them could be stepping inside the squared circle of the WWE.

The WWE Super Star, The Miz expressed his desire of wanting to see The Notorious one stepping through the ropes into the WWE ring. The former WWE Champion feels that McGregor has all it takes to sell tickets.

“I love the hype. Huge fan of hype. McGregor can talk the talk, he can walk the walk. But I think he’s going to come up a little short going up against Mayweather. Oh my God, he’d be great [in the WWE]. He’s a mouth, so absolutely.” When asked if he would wrestle McGregor this is what he had to say- “Why not? Sure [I’d wrestle McGregor]. All day. Knock him out in one punch.”

This won’t be the first time a UFC star could possibly make a jump to WWE. Ronda Rousey has previously stepped inside the WWE ring along with the Rock, only to deliver a judo throw on Triple H.

Back to McGregor, besides making a shift to pro-wrestling there are many other big fights he can sign up for. Only few weeks back, UFC President Dana White had revealed that The Notorious one wants to fight No.1 contender Khabib Nurmagomedov in the Russian’s home country, most probably for the UFC Lightweight title. This would be a good match up as the undefeated Russian is known for his ruthless style while McGregor for his crowd pleasing style.

But on the other hand, now that an Interim UFC Title fight between Kevin Lee and Tony Ferguson has been booked for UFC 216, McGregor may have to face the winner of the bout. Both Lee and Ferguson have impressive wins in their resumes. A match with either one of them facing McGregor would be nothing less than a blockbuster.

One other possibility for Conor is a rematch with Max Holloway for the featherweight crown. The Notorious one still feels he is the real champion of the 145 pounds division as he has never lost the title but was only stripped of it after he became the lightweight champion by defeating Eddie Alvarez at UFC 205.

We have witnessed the new improved version of Max Holloway when he completely dominated and dismantled the then featherweight champion Jose Aldo. While Holloway would have no problem avenging his previous loss to the Irishman, a clash between the duo would be an interesting one to watch.

Furthermore, McGregor would also want a rematch against Mayweather as he would have no problem ‘dancing around the ring’ for another hundred million dollars. Though this may seem highly unlikely, Mayweather too wouldn’t mind picking a fight with someone as less experienced boxer as UFC fighter for such large heap of cash.

During the last press conference that took place in Las Vegas, The Notorious one has also mentioned that he would try and organize a hybrid form of sport which would be a mixture of boxing and MMA. Now that he has launched his own company- McGregor Sports and Entertainment, this would be highly possible.

McGregor being the business man that he is had demanded stakes in the company post-UFC 205 fight against Eddie Alvarez. Dana White has revealed that he is willing to entertain the idea as he feels that McGregor deserves it.

“And I don’t mind it. I welcome that conversation. He deserves it. It’s never been done, but anything is possible. There’s a lot of people who feel like they’re worth this, and they’re worth that – we know what this kid’s worth.”

Last but not the least is; McGregor’s possible fight with Paulie Malignaggi. The former two-time boxing world champion has been calling out the UFC lightweight champion for quite some time. His initial trash talking let him to a sparring session with McGregor. Clips of the sparring session were released by Dana White few days back, which showed the boxer suffering a knockdown in the hands on the Mystic Mac.

One thing is certain, Conor McGregor is all about making money and he would chose to do something that would gain him maximum income. So as long as the UFC wants to earn millions of dollars in cash, they are going to make sure that their Irish lion’s hunger is kept satisfied.