McGregor’s whiskey sells out so fast that the store has to limit bottles per customer! 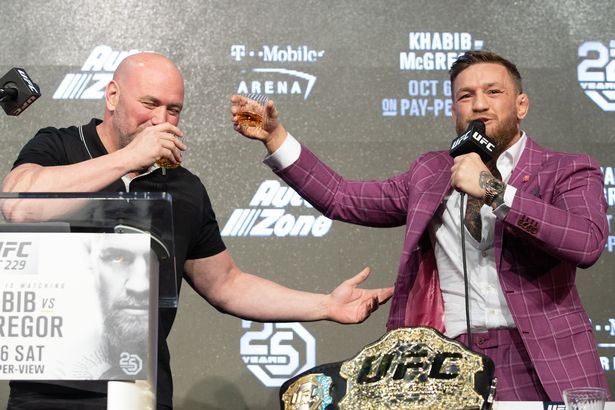 Conor Mcgregor has proven himself an astute business man once again. The UFC superstar has within a few years made himself the undisputed pay per view star with mega fights against Nate Diaz, Jose Aldo, Floyd ‘Money’ Mayweather and his upcoming fight against Khabib Nurmagomedov looks set to break all his previous records.

Conor has also diversified with Mcgregor Fast, his sports and conditioning program, August Mcgregor, his own clothing line, Mcgregor Sports and Entertainment, his promotion and most his most recent venture Irish Proper Twelve whiskey.

The recently conducted press conference for UFC 229 was watched by more than 5 hundred thousand viewers live on UFC’s official Youtube channel and after Mcgregor offered Khabib and Dana White glasses while proclaiming that the Proper Twelve would be a sponsor of UFC 229. This strategy has apparently paid dividends for the brand in Ireland where it is available in Tesco as of now.

It has been reported that the bottles are flying off the shelves within few hours of the sale. So much so that Tesco has had to keep a limit of only two bottles per customer in their stores.

Conor posted the above pic asking Tesco to allow people to buy as much as they want. For now it seems that Conor’s strategy has worked and in his own words, he is coming for Jameson’s.