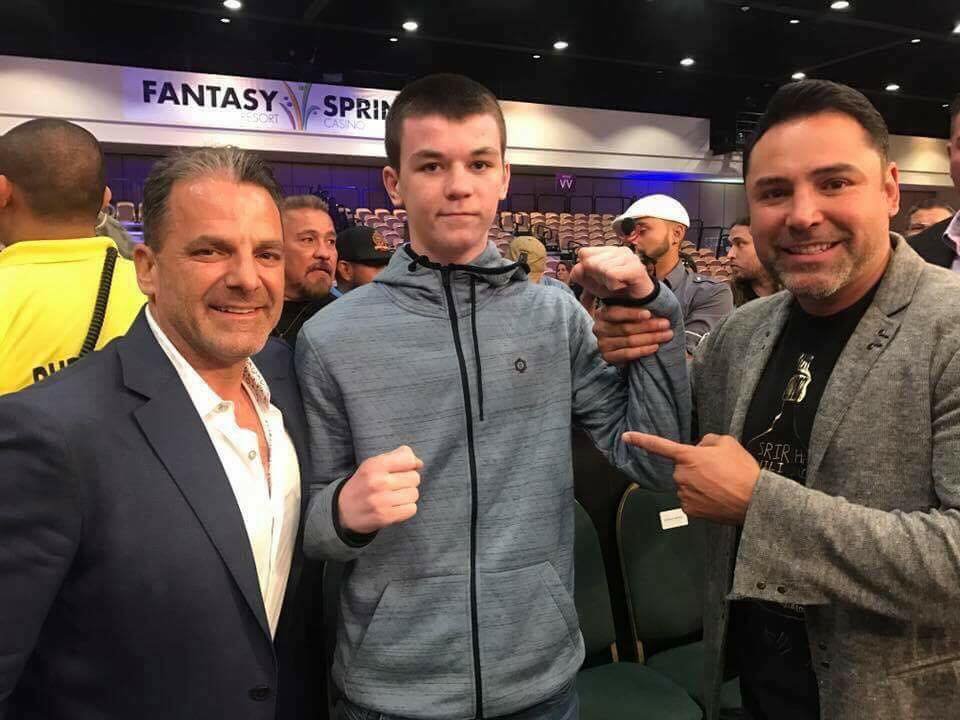 Last year when 18-year-old Aaron Mckenna from Monaghan county, Ireland signed a promotional contract with Golden Boy Promotions, there was quite a buzz around Irish boxing ,The excitement surrounding his signing was evident. He popped up in newspapers, websites and Social Media news feed, reasons being he is Ireland’s youngest Professional boxer.Only 18 years old and one of the top light welters in the world at Youth level, many had seen Aaron as a potential medal hope for the Tokyo Olympics in 2020.During his outstanding amateur career, Aaron claimed eight Irish titles, European Schoolboys gold, European Junior silver, and this year won gold at the extremely prestigious Nikolay Pavlyukov Memorial in Russia.Olympic glory, however, was never the plan for Aaron and, regardless, the opportunity presented to him was too good to turn down

The youngster will be relocating to Los Angeles where he will be trained by Courage Tshabalala and will be managed by SheerSports – the company behind talented Irish Middleweight contender Jason Quigley.

Right now Ireland is producing some of the finest talents in world Boxing, with Jason Quigley and Mick Conlan both spending time in the States before returning to Europe and Katie Taylor also opting to train in the U.S. Add in Paddy Barnes and John Joe Nevin, and it’s clear that the younger generation’s Irish Invasion is well on its way.

In a recent interview with Boxingscene.com Aaron said,”Since I was six years of age, all I’ve ever been doing is boxing,I’m a very experienced amateur with 161 fights, I’ve been to Russia six times, I’ve won European gold medals, European junior silver and last year in the mini-worlds I won a gold medal and beat a world champion in the semifinals. And I beat a Russian in Russia. I’ve had a lot of experience and I’m well used to it now.”

Irish back their own and in case of Aaron Mckenna it’s no different, he had tremendous support for his professional debut where there was quite a turn out of people coming in to support him.

He says,”There are millions of Irish-Americans, so it’s very important to get the Irish behind you, The Irish fans are the best in the world, and it’s great to have them behind you roaring and cheering for you. It makes a big difference to have that crowd and atmosphere. Look at Conor McGregor and all the fans that he’s got. Half the world knows about him and everyone in Ireland’s behind him”.

When asked what was the end goal for him in professional boxing by fighttalk.net, he simply answered: “To become a World champion and one of Ireland’s greatest ever boxers.”