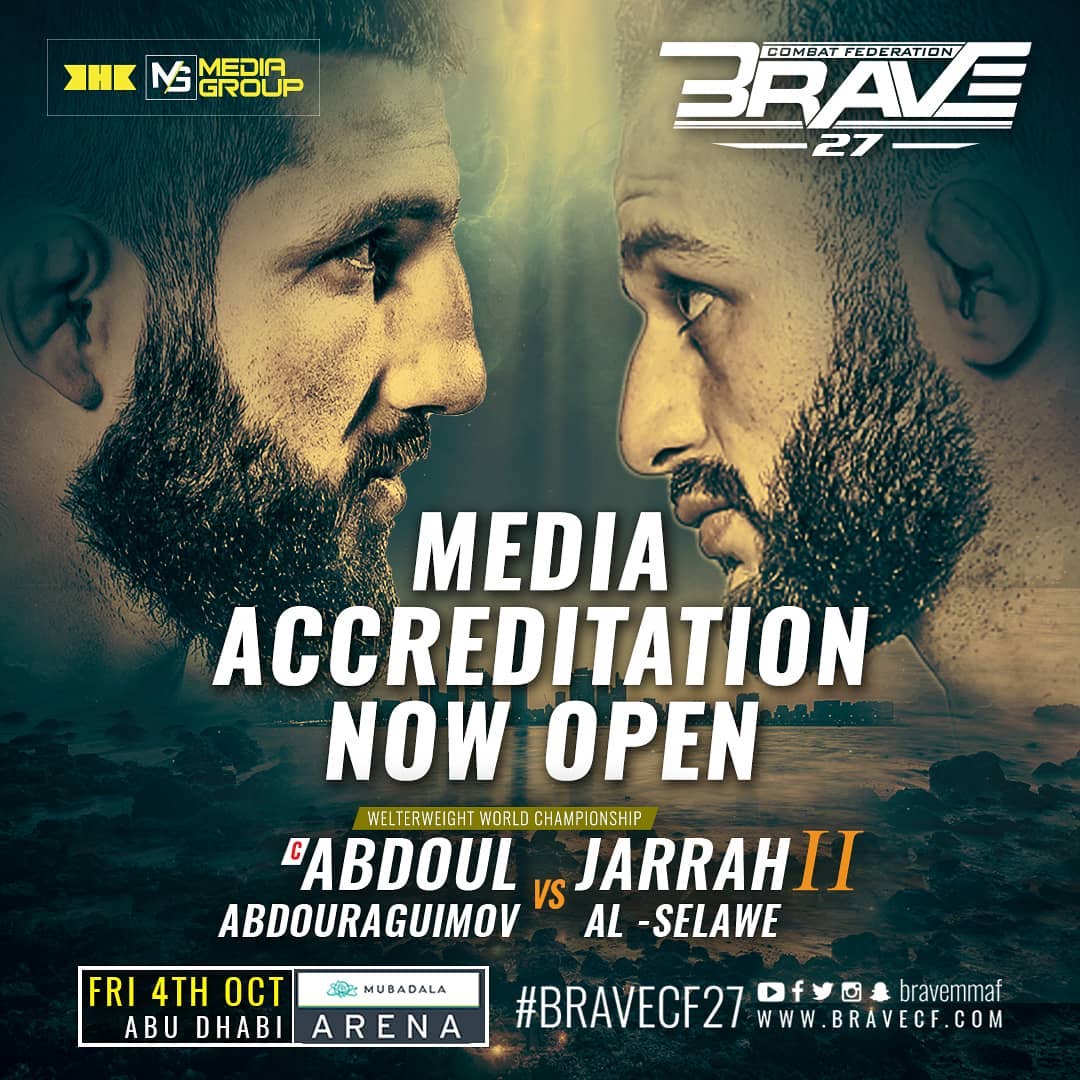 Media members interested in covering BRAVE Combat Federation’s much-anticipated return to Abu Dhabi can already apply for accreditation to cover the groundbreaking show, which will reaffirm the fastest-growing MMA promotion in the world’s commitment to the development of the sport in the region.

The event takes place on October 4th, inside the Mubadala Arena and is headlined by a title fight rematch between reigning Welterweight world champion Abdoul Abdouraguimov and former titleholder Jarrah Al-Selawe.

The accreditation process will take place through BRAVE CF’s official website, at the link below, where media members will be asked to fill a quick form, and provide the promotion with a few details, such as the applicant’s name, news outlet, email and phone number.
BRAVE CF 27 media accreditation process will be finalized on October 1st, and no new requests will be taken into account after that date, so BRAVE Combat Federation urges media professionals to apply as soon as possible.
BRAVE CF 27 will feature a host of the biggest names in Arab MMA history, such as the aforementioned Jarrah Al-Selawe, Mohammad Fakhreddine, and Tarek Suleiman, taking on some of the best international fighters in the promotion’s roster like Ikram Aliskerov, Abdoul Abdouraguimov, and Khamzat Chimaev.