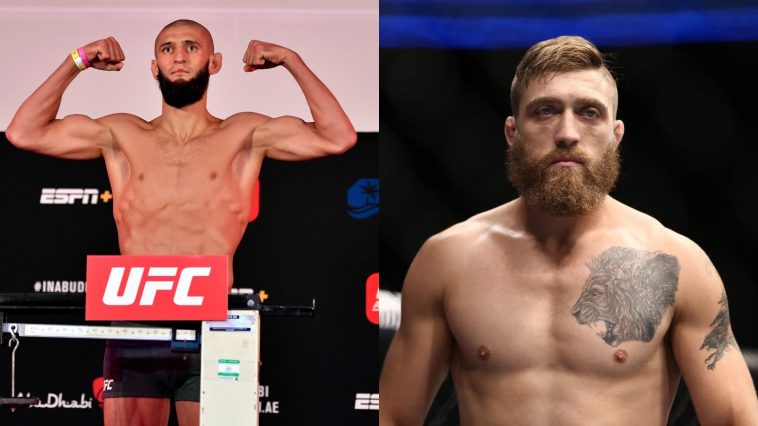 The chances of UFC middleweight Gerald Meerschaert scoring a rematch against multi-weight phenom Khamzat Chimaev are currently idling on the corner of Slim & None. 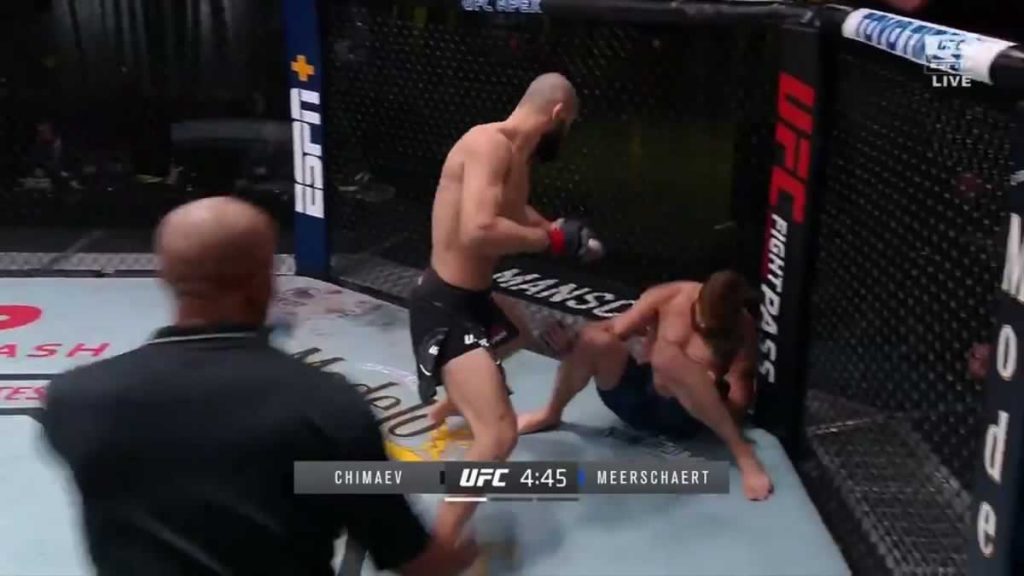 Meerschaert (31-14) was knocked out by Chimaev in just 17 seconds at the UFC Vegas 11 event last September in “Sin City” and has now dropped three of his last four. In addition, “GM3” is just 6-6 under the UFC banner and remains unranked at 185 pounds. “I genuinely don’t like that guy. I can’t exactly put my finger on it, just the way he carries himself,” Meerschaert told TSN Sports (transcribed by Adam Martin).

“He doesn’t, I don’t know, there’s something that I don’t like. I don’t think he likes me either. And I think part of the reason I don’t like him is because he was acting like I said something disrespectful towards him. I don’t know if it’s because people were interpreting what I said to him incorrectly or something.” 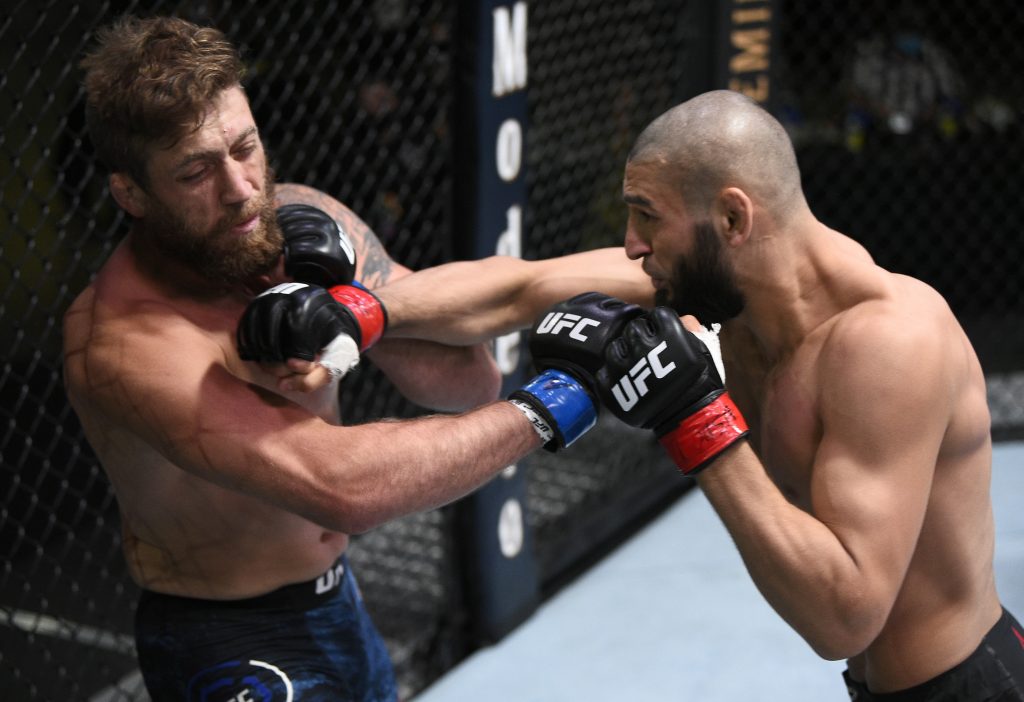 Chimaev remains undefeated at 9-0 and could find himself on the cusp of a welterweight title shot with a big performance over Leon Edwards at the UFC Vegas 17 event this December in Las Vegas, which would likely spell doom for Meerschaert’s dreams of a rematch.

Meerschaert on Chimaev: “I’m going to do whatever it takes, as far as stringing wins together, to get back at that guy.”

“But the whole time I was like, I said he was good, I said I expected him to come forward and do all this other stuff,” Meerschaert continued. “The only thing I said was that he was overlooking me and that he was going to face resistance and I didn’t hold up my end of the bargain on that, that’s 100 percent on me. I said something and I didn’t do it. And not only that, but me not liking the guy, that leaves a real bad taste in my mouth, and I’m going to do whatever it takes as far as stringing wins together to get back at that guy. If he wants to keep sitting up there and saying no one wants to fight me, eventually he’s going to run in that spot again, and I’ll be sitting there waiting for him.”

If Meerschaert wants a rematch against Chimaev, he’ll need to string together a bunch of high-profile wins and hope “Borz” falters on the grand stage and eventually finds himself back in the middle of the 185-pound pack.

Previous articleAlexander Hernandez: ‘I’m constantly battling a chip on my shoulder’ ahead of UFC Vegas 12
Next articleFiras Zahabi says GSP and Khabib deserve the retirement and should not be forced to fight