Meet Alyse Anderson, from working as a first responder during Covid wave, to fighting at ONE Championship 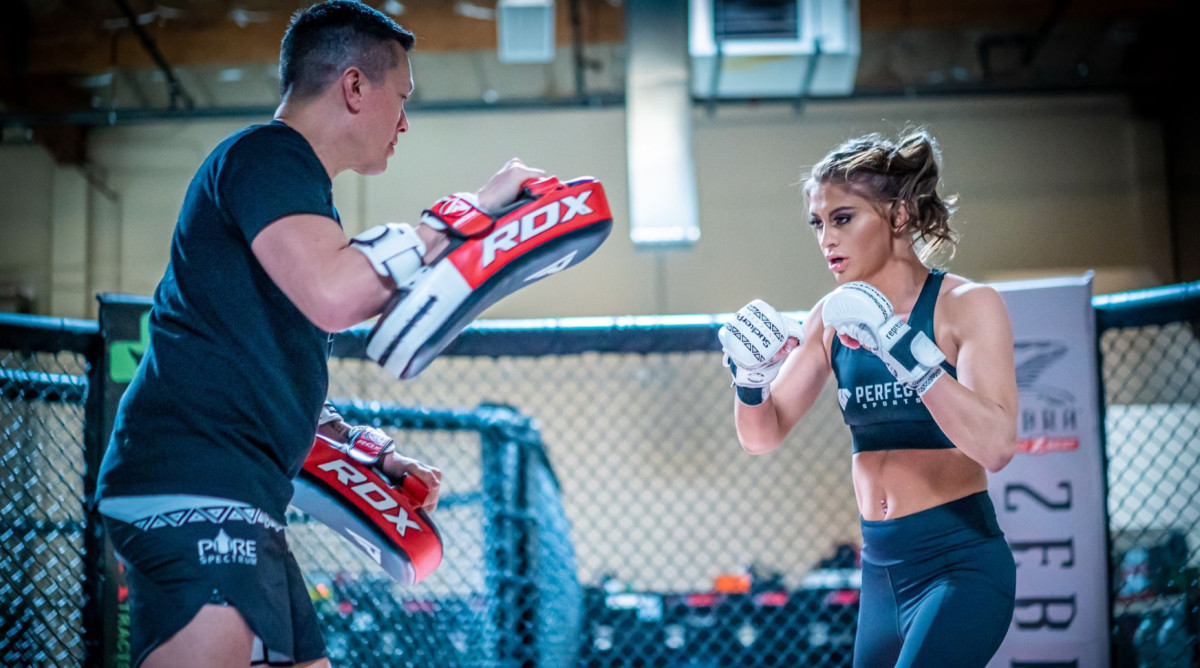 ONE atom weight fighter, Alyse Anderson was supposed to fight Asha Roka last month at ONE:X, but the fight got canceled due to an injury suffered on the part of the Indian fighter.

While the fight was cancelled, the MMA India Show had the opportunity to chat with Alyse Anderson. 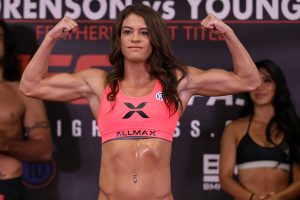 1.) Alyse, you were supposed to fight Asha Roka, somehow the fight fell through, are you still fighting her next, or is there another fight scheduled for you?

“ It’s not confirmed yet so I can’t give you the information right now. “

2.) You have had one fight under ONE, but before that, you were in Invicta which is one of the premier women’s only organizations, what prompted you to join ONE? How are things different in ONE than Invicta?

“ Things are definitely different than before. There is a legit difference in the level of fighter here. I had a great run in Invicta and had a two-fight winning streak heading into ONE FC. The fight was a kind of a disappointment for me as I had lots of nerves going into the fight. Because of this, I feel I lost the match.

3.) In an interview a month ago, you said that the pressure was weighing upon you tremendously ahead of your fight against Itsuki Hirata, what steps are you taking so as to avoid those nerves again?

Yes, I said it before that I was very nervous going into the fight. It was my first fight in ONE FC and I was pretty nervous seeing the organization as it is very big and loud. The functions are very top-notch and it was a different experience for me to step into the big lights. Now in my next fight, I’ll be pretty comfortable as I have seen this before.

4.) As good as a fighter you are, you had a very important task of Working as a first responder during the Covid outbreak. How hard was it for you?

That wasn’t the first time I had the experience working in the hospital. I had worked there before but during the pandemic season, it got kind of tough for me. I had no training during that time. Even after the pandemic was over I had a hard time getting training partners as they were scared to train with me as I was in contact with the covid patṣients. It got kind of tough for me to get my training regiment back on track.

5.) Pls tell us something about Asha Roka, how do you think that fight would go?

I had trained a lot for that fight but unfortunately, it got canceled. I had worked on my striking as Asha has great standup and also focused on grappling. I’m definitely looking forward to fighting her in the near future but that’s all I can say about that fight.

6.) Would you like to rematch Itsuki Hirata? What are the things you would do differently in that fight?

Yes, no doubt. That’s the fight I would always be ready to fight. It was a very close one and I thought I had it in my Bag. I feel I lost the fight due to my low confidence leading into that contest. I had that big fight feeling in me which affected my performance.