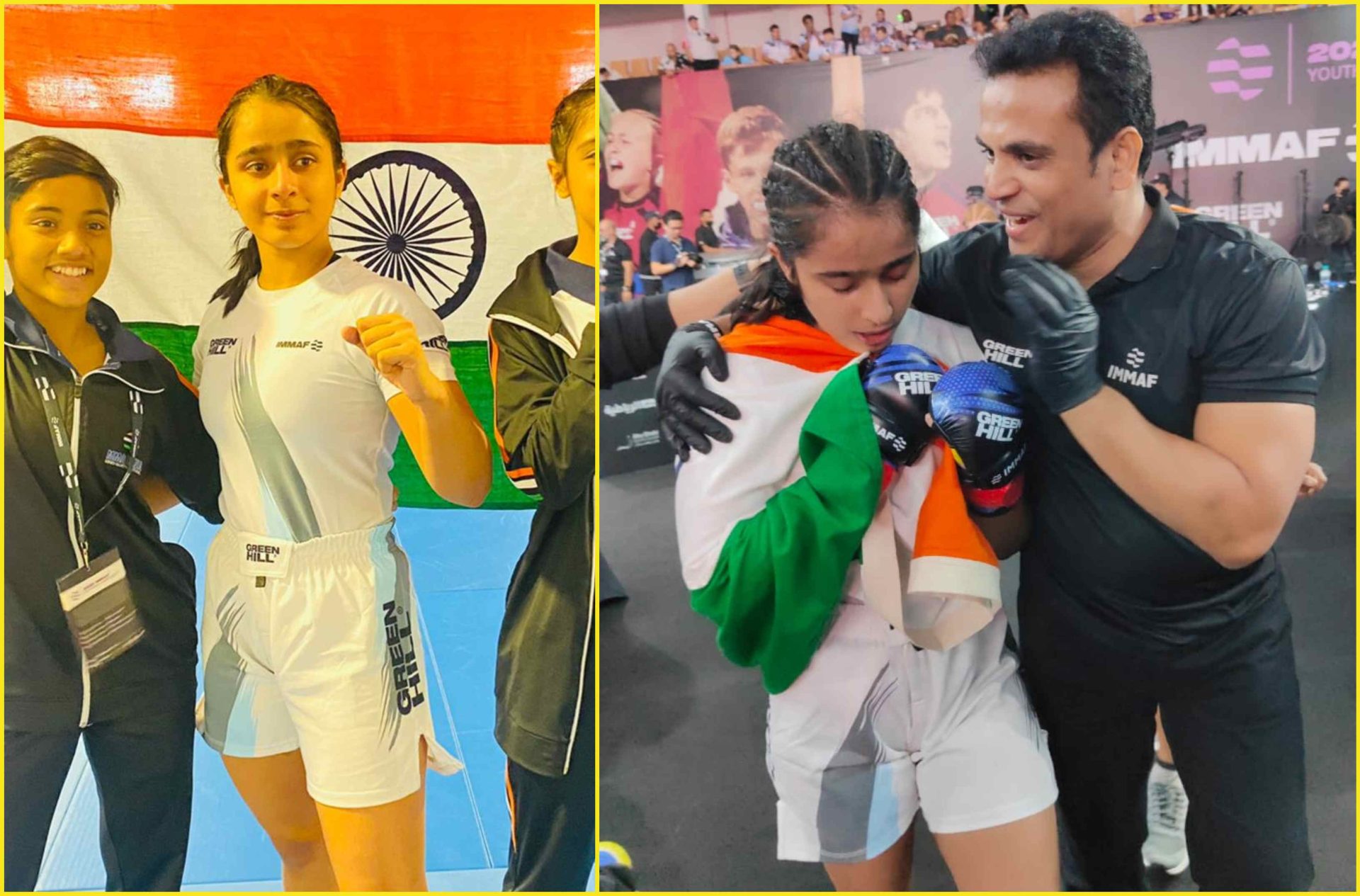 India had sent a strong contingent of 16 MMA fighters to the 2022 IMMAF Youth World MMA Championship held last month. Team India finished the event with a total of 5 medals.

We had the opportunity to interview one of the MMA fighters who participated in the youth championship. She came in fifth in the tournament and scored a win over USA’s Allison Keenan. 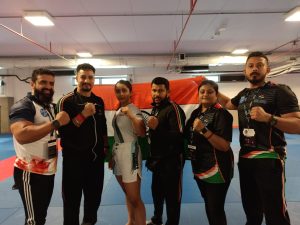 How was the preparation for the IMMAF World Championship?

“The preparation for IMMAF World Championship I mostly did self-training which was under the guidance of my coach, who used to provide me with a strict training schedule. So in between, I used to travel to Haryana to my coach to train over there but most of the days it was self-training. I used to train around 5-6 hours everyday for the championship.”

What’s your background in Martial Arts?

“No, I do not have any background in other Martial Arts because I was a basketball player. I had been playing basketball since I was 9 years old I guess. So I started completely new in Mixed Martial Arts.”

Who is your favorite MMA fighter?

“The first fight I saw was Khabib vs Conor and that was the turning point in my life. So since that day till today Khabib has been my favorite MMA fighter”

What are your career Goals in MMA?

“This sport of MMA has my heart, my soul, and everything in it. So, I aspire to be a champion one day. I’ll keep working hard to make that come true.”

How long have you been training?

“I have been training in MMA for three and a half years now.”

How did you get started in MMA?

“Back in 2018 when there was Khabib vs McGregor fight, it was the first time when I came to know about the sport of MMA through my friends and I saw the videos and UFC fights. After that, I fell in love with the sport then and there. But soon after that I could not much thought to it because I used to play basketball tournaments as initially I was a basketball player. So, the main transition occurred in 2019 when I started to see more and more of UFC fights and one day it was like I had the deep feeling that I need to try this sport. I told my parents about that and showed them the video that I try to need to try this sport and they told me I can find academies nearby and go for a trial. They were there to support my dream. They let me try this new thing and that is how I ended up starting MMA.”

How supportive have your parents been of your MMA career?

“Right now it is not just my dream to become a champion. It’s my parents’ dream to see me becoming a champion. They have been at each and every step. Like being injured is one of the most hard part for an athlete. In the past year when I have been injured badly, my parents were there for me. Never did they ask me if I was sure to really continue in this sport. They were always motivating me that I got this. Each and everytime they are there for me. I’m really really thankful for this. Even for this championship I really thank them for what they did, support and everything.”

“Today I’m able to train in the sport of MMA. It is all because of my parents because they have been supportive since the day one I started training. I remember the first time when I showed them the UFC fight and they were hitting at me as ‘why is she showing blood and everything and telling us to try this sport.’ They asked me, ‘if you’re really sure to train this and I was like, ‘yes.’ Without any second thought they were ready and told me they would help me in each and every way possible to make my dream come true.”