UFC: Megan Anderson on why UFC should build up the women’s FW division: Cyborg is gone! 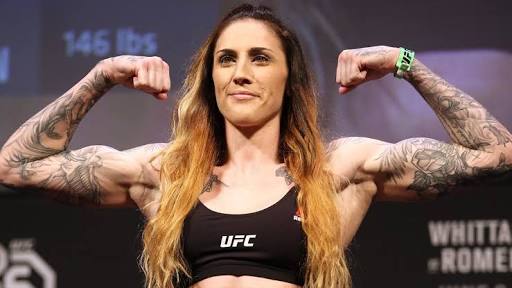 Anderson being a natural featherweight and keeping in mind the steep nature of the UFC’s featherweight division, had a close eye on the main event later on in the night as dominant champion Cris Cyborg took on bantamweight champion Amanda Nunes in a super fight.

Stepping in as a heavy underdog, Nunes pulled of a huge upset as she knocked out dominant champion Cris Cyborg in the first round to become the sixth overall and first female fighter to hold belts in two different weight classes.

Speaking with Luke Thomas from MMAFighting.com, Anderson opened up to the steep nature of the weight class and why should UFC build it, now that Cris Cyborg is dethroned. (via Twitter):

Megan Anderson believes Cris Cyborg’s dominance led to fighters leaving the featherweight division: "Amanda showed not everyone is invincible. I hope it shows people they can stay in this division and start building it"

Anderson claimed the dominance and ‘invincibility’ of Cris Cyborg made it difficult for female contenders to stay in the division. Anderson also claimed that with Amanda Nunes defeating Cyborg, even other fighters can show similar potential.

Previous article
UFC: RDA has no problems if Floyd Mayweather vs. Nasukawa was fixed – congratulates him on earning $9 million
Next article
Corey Anderson calls out LHW title shot and Jon Jones responds