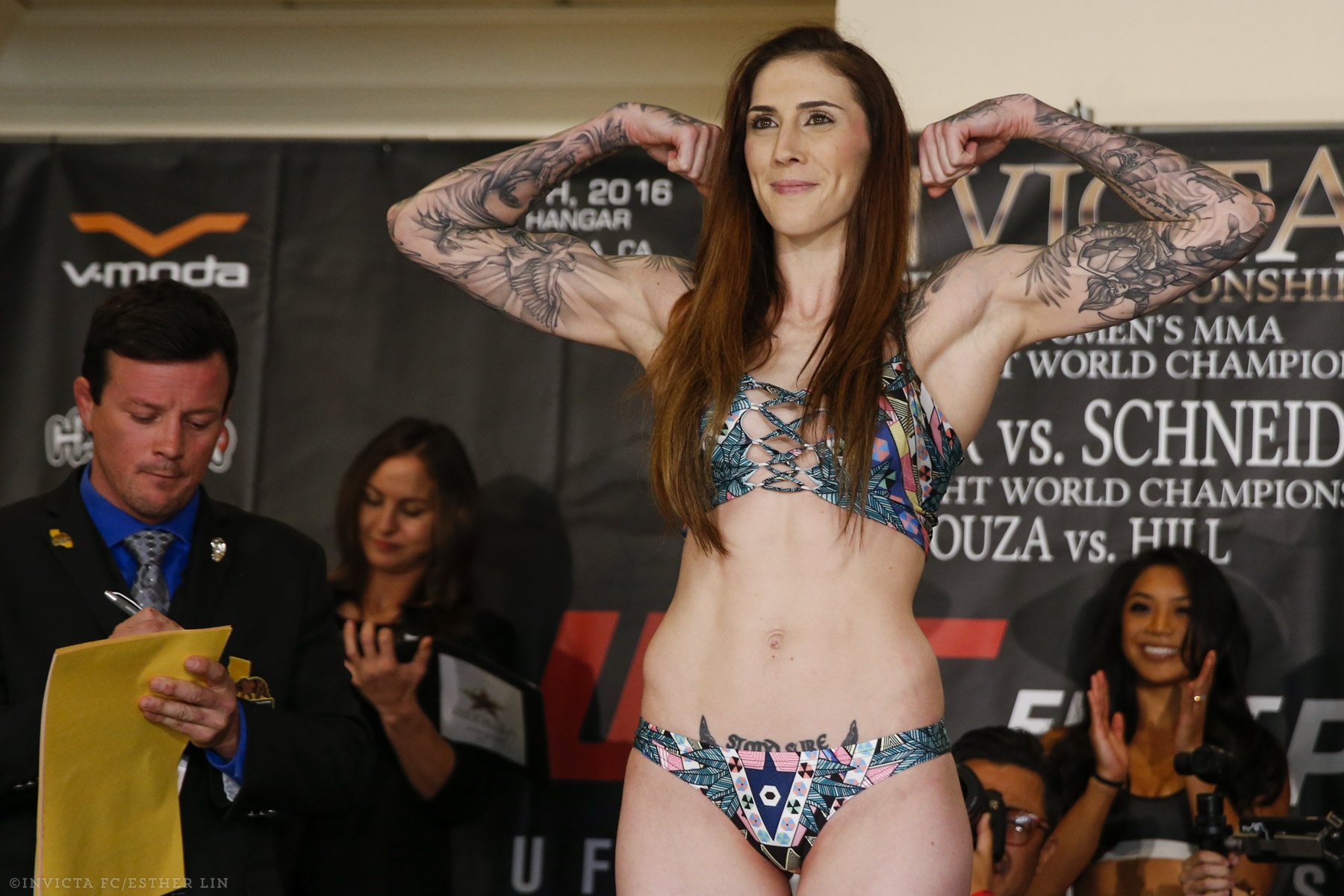 Meg Anderson, the Invicta FC featherweight champ, has refuted rumors of the Cris Cyborg fight being finalised with a strong message on instagram. 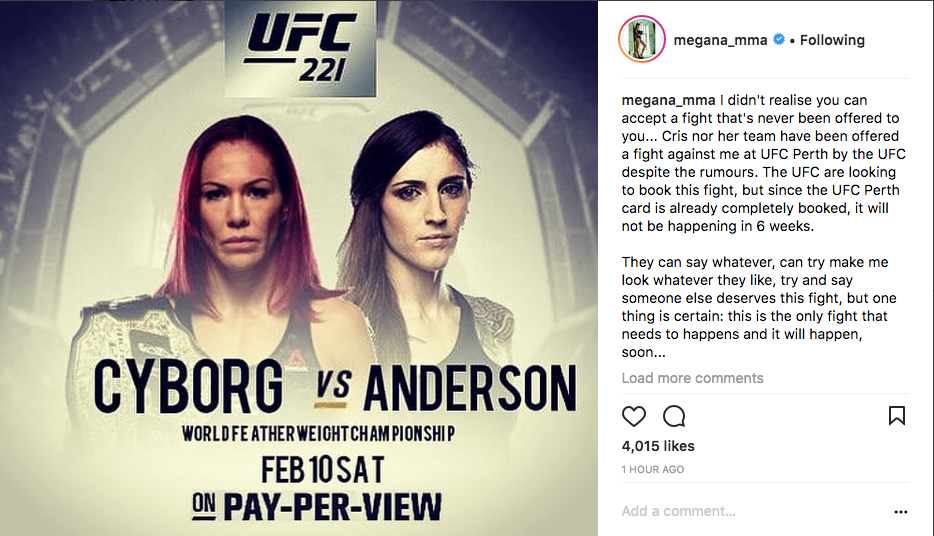 Cris Cyborg defeated Holly Holm in the recently concluded UFC 219 and was looking for an immediate turn around since she took little damage in the fight and immediately put her sights on Megan Anderson.

The two were previously supposed to fight at UFC 214 on July 29th 2017 but Anderson pulled out for personal reasons and was replaced by Tonya Evinger.

Now again in her instagram message Megan has refuted the fight rumours stating the Perth card is already full but that the fight will happen soon.

The MMA India Show had previously interviewed Megan Anderson and we reproduce the interview below.