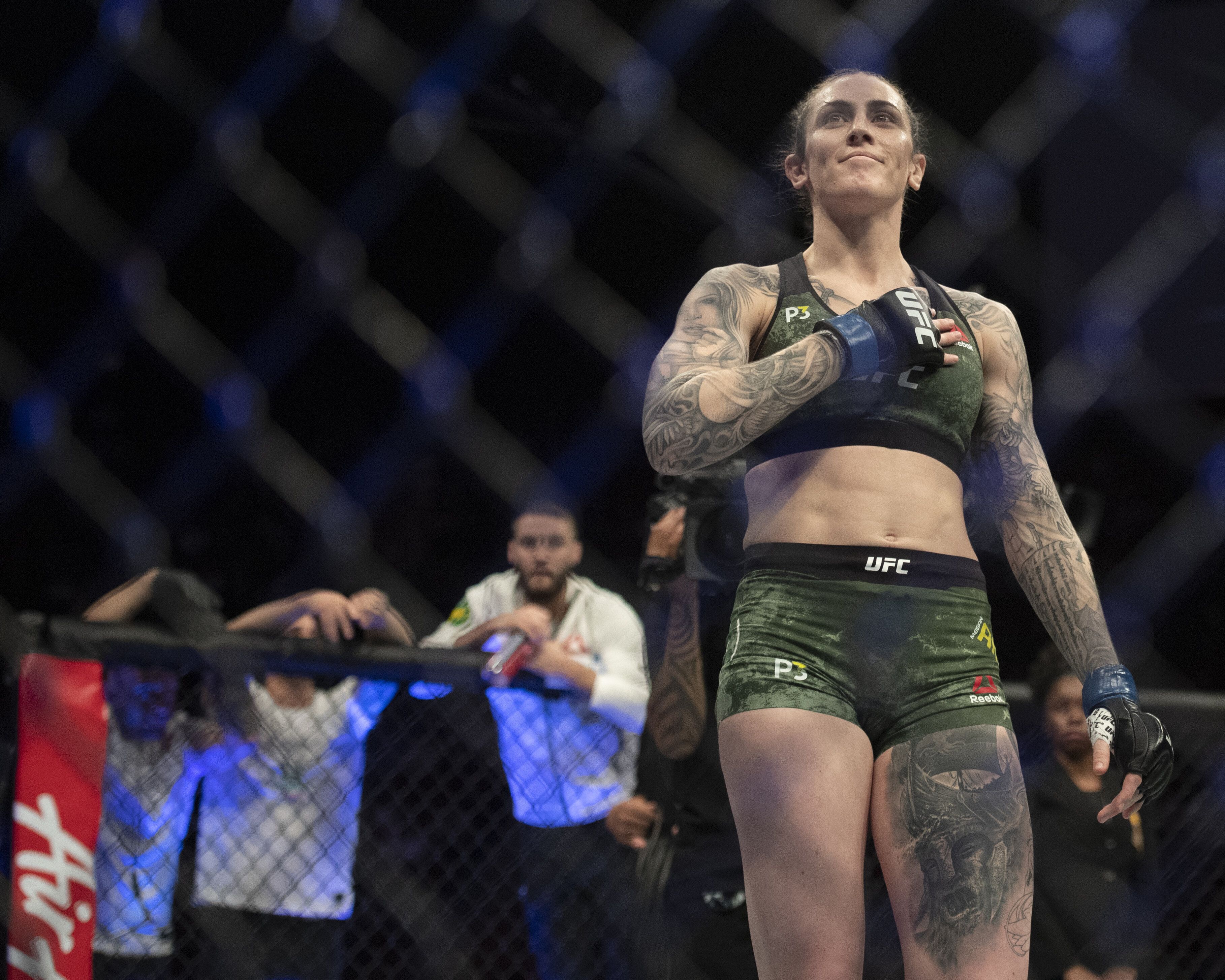 With such a less number of fighters at women’s featherweight division in the UFC, in theory, Megan Anderson should be having a straight path to a title shot. Another victory and two more victories can almost guarantee her a shot at Amanda Nunes’ title.

However, she isn’t so sure about double champion Amanda Nunes. There are doubts in her mind whether Amanda Nunes would stick to her schedule or not. Nunes (17-4 MMA, 10-1 UFC) has mentioned before that she plans on defending the featherweight championship after she goes toe-toe against Holly Holm in a bantamweight title bout in July.

Anderson expressed that she would rather have some assurances :

“If she is (defending), that’s awesome,” Anderson told MMA Junkie on Wednesday prior to a meeting with Felicia Spencer at UFC on ESPN+ 10. “If she’s not, then we need to come up with a plan going forward.

“The division has already taken so long to be developed, I think it’s a little unfair to wait around for a year or a year-and-a-half when she decides ‘I don’t want to defend my featherweight belt anymore.’ It’s already been put back enough. Let’s just make a decision and go forward.”

Watch the interview down below (credits : MMAJunkie)

Previous articleUFC: Thiago Santos wants to put Jon Jones on his back and land heavy GnP
Next article“If Anthony Johnson hits you, your grandkids are going to feel it” – attorney on Rumble’s domestic violence charge