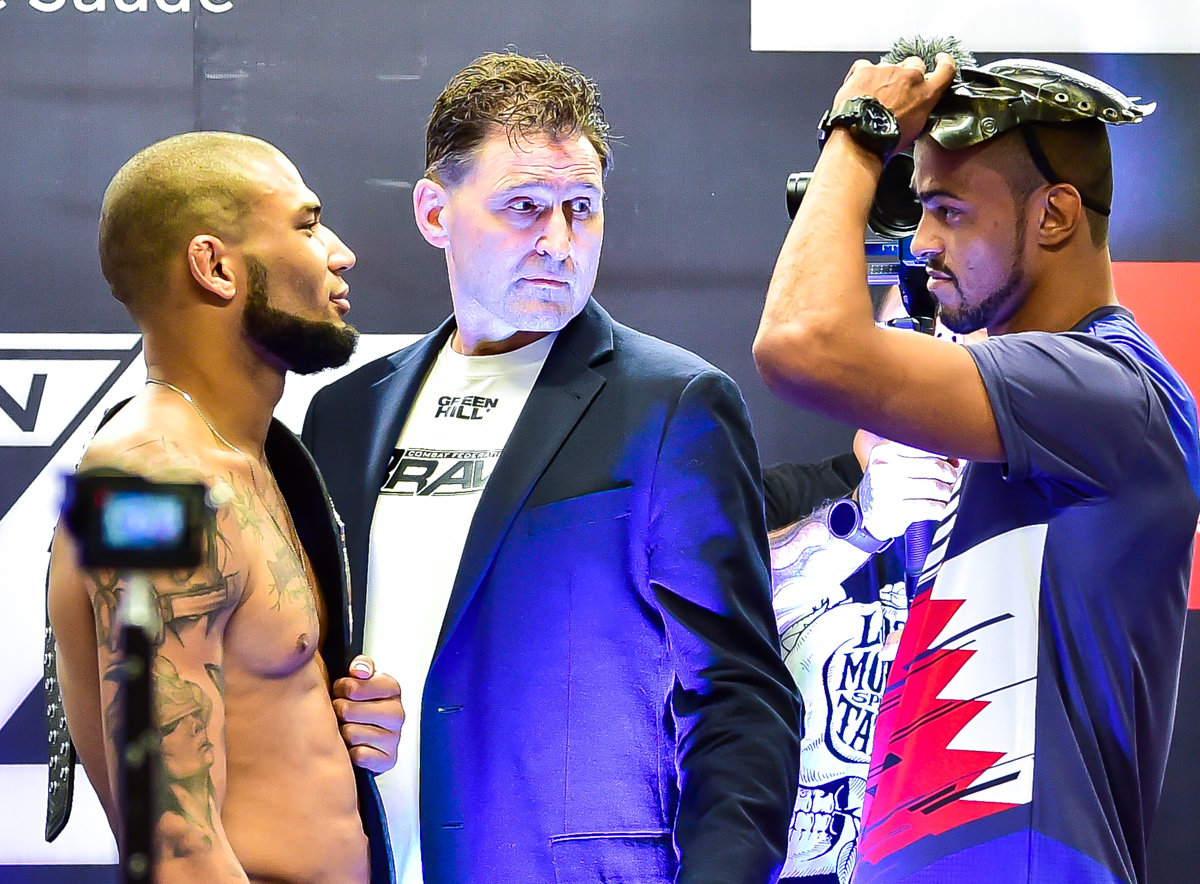 BRAVE 25 has developed into the ground of one of Brazil’s most fierce rivalries in recent years. BRAVE Combat Federation world Lightweight champion Luan “Miau” Santiago and Cleiton “Predator” Silva needed to be separated when they finally met eye to eye during the ceremonial weigh-ins, which took place this evening (29) in Belo Horizonte, ahead of BRAVE 25, which takes place at Arena Minas Tênis Clube, this Friday (30) in the capital of Minas Gerais. 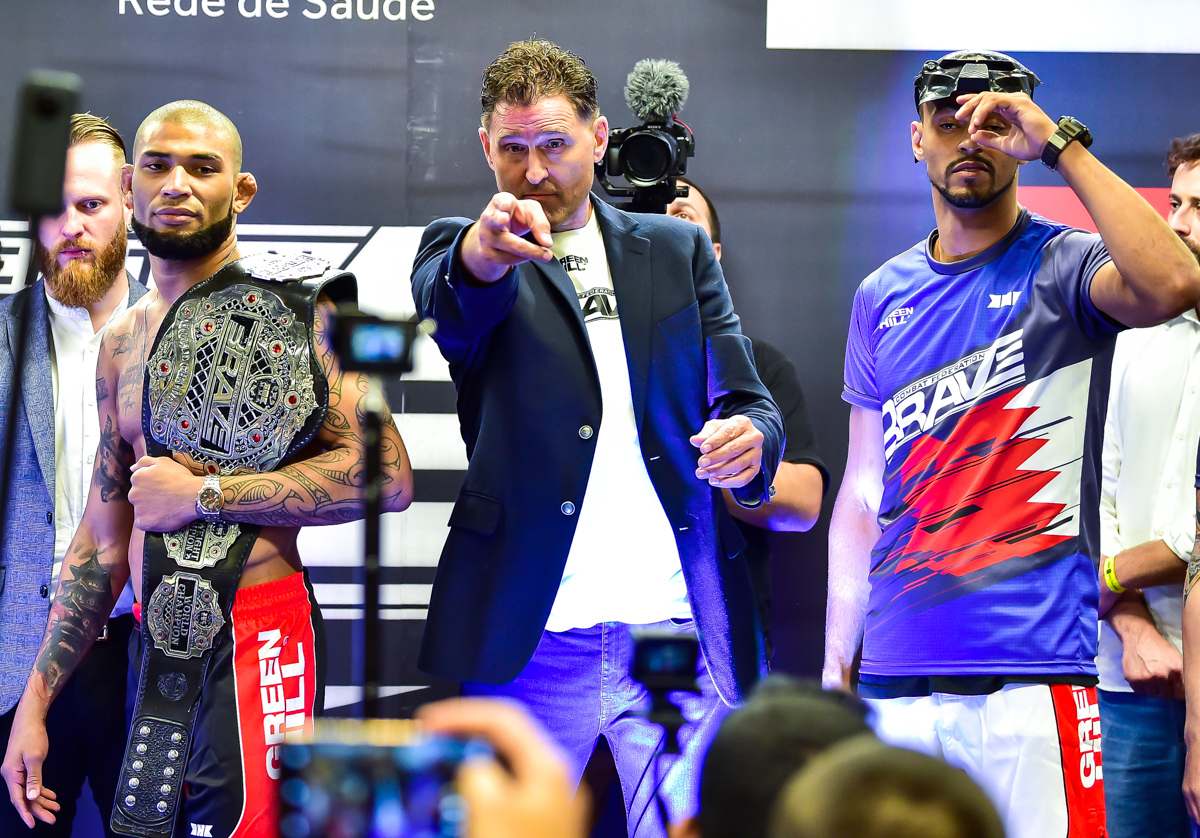 Born and raised in the city, “Predator” had an enthusiastic support with fans even using his famed mask to intimidate the champion. Luan, who beat Abdul-Kareem Al-Selwady in Jordan to take his belt in front of the former champ’s own fans, seemed unfazed by the taunts directed at him by the loyal supporters. 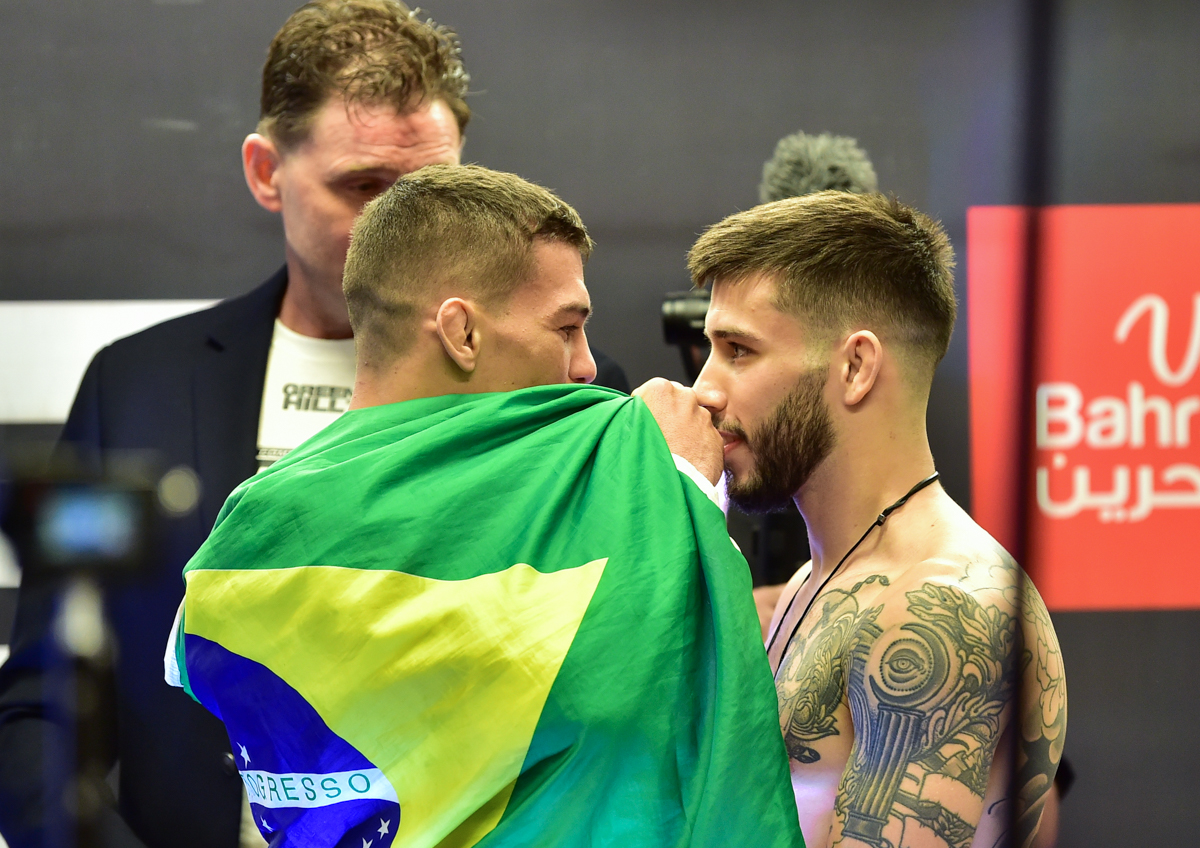 The two had to be separated by BRAVE CF officials but remained talking to each other during a long period of time. 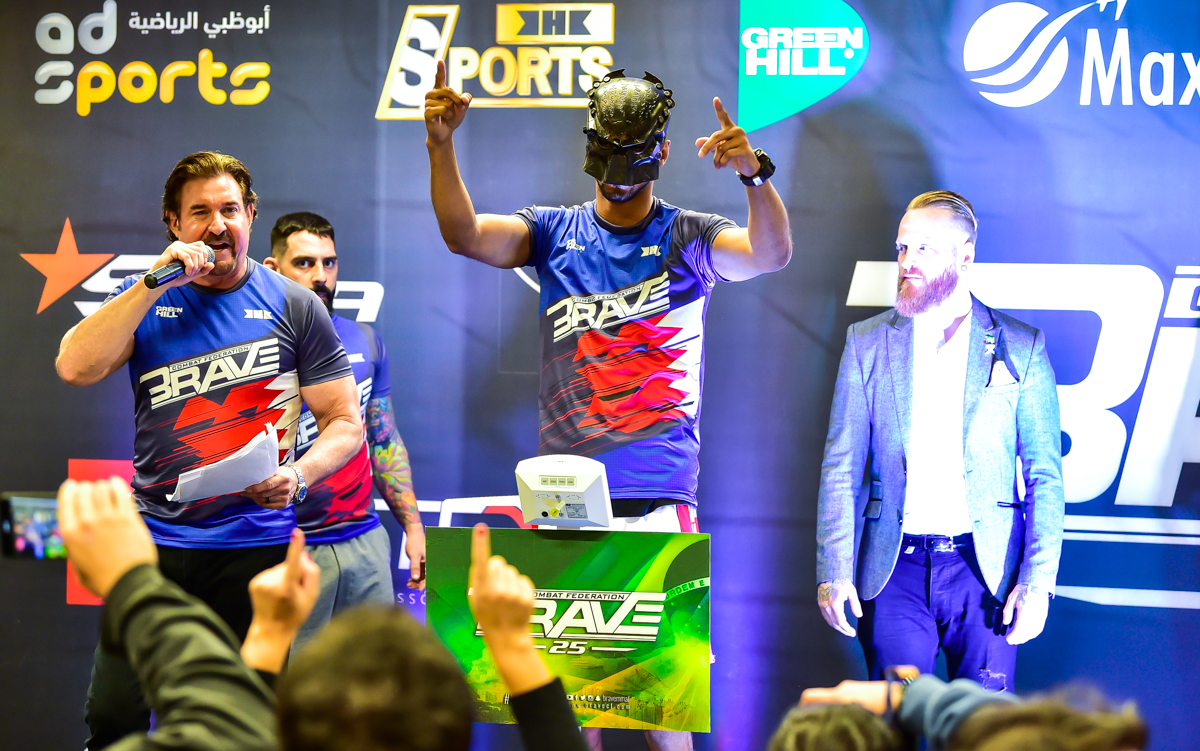 In the co-main event, Felipe Efrain faced off against newcomer Matheus Nicolau in another heated staredown for the explosive event set to shake Brazilian MMA to its core. 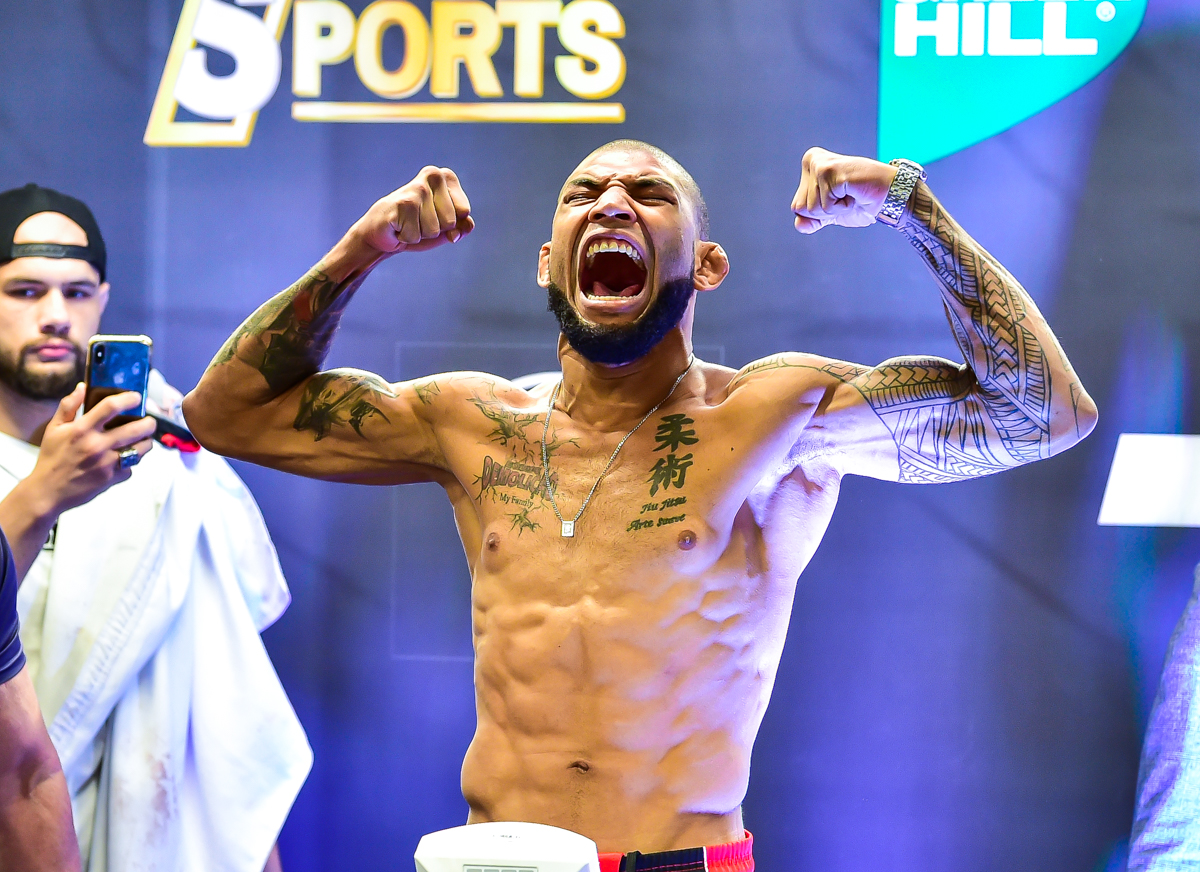 BRAVE 25 will be the fourth time the fastest-growing MMA show in the world travels to Brazil after two visits to Curitiba and one prior event organized in Belo Horizonte, all in the last three years.