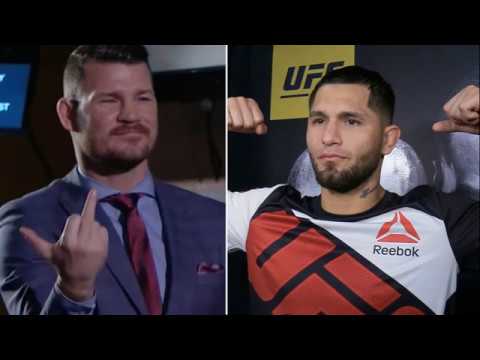 This was fate. Both Michael Bisping and Jorge Masvidal had been exchanging barbs for quite a while and Jorge has mentioned that he would go off on Bisping if they ever met face to face.

As you can see from the video below, it actually took place in New York in the lead up to UFC 217 with both fighters present for their fights with GSP and Wonderboy. They apparently bumped into each other in the corridors of their hotel and sparks flew.

As you can see the exchange was not very civil with Michael Bisping calling Jorge ‘trash’ and Jorge calling Michael the ‘f’ word (no,not what your thinking) or what we in India would call the ‘g’ word.