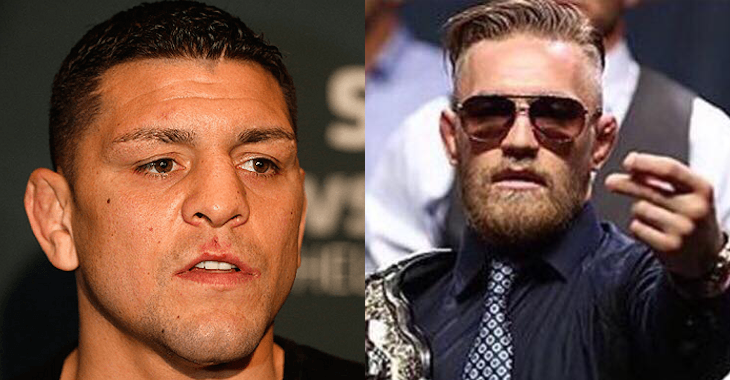 In the newest episode of the “Believe You Me” podcast, Luis Gomez informed Michael Bisping that he won’t mind seeing Conor McGregor fight Nick Diaz next. Although Bisping is content with the idea, he doesn’t exactly believe that the Diaz brother can be persuaded to come back.

“That’s not bad. If I’m Conor, yeah call out Nick Diaz. Say listen, ‘I’ve already beat your brother, so come on big brother. Let’s go.’ I don’t think Nick Diaz is gonna take that fight though. I don’t know, well you probably do follow Nick Diaz on Instagram. My god, he’s having a whale of a time in Las Vegas, that guy. All he ever does is [party] at nightclubs, he’s hammered, he’s having a great time, he’s surrounded by pretty young girls. Why would he want to get back into the Octagon and fight?” Bisping questioned (transcript via MMANews). “It’s a shame because the guy has real talent, but as I say you only get one life and he’s having a real f*cking good one by the looks of it.”

According to a specific report, Conor McGregor is in the process of finalizing a new deal and would probably target late summer or early fall for his octagon return.