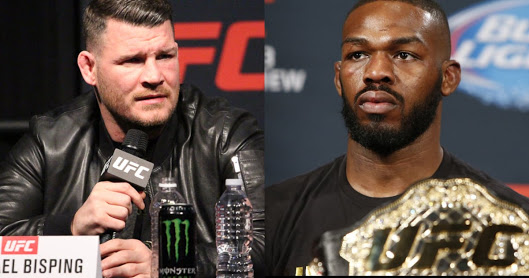 Just like after every other main event, Jones was interviewed from the FOX Sports Studio which had the regular panel consisting of host Karyn Bryant, Kenny Florian, Michael Bisping and a guest analyst, also a potential future opponent for Jones, surging light heavyweight Anthony Smith. 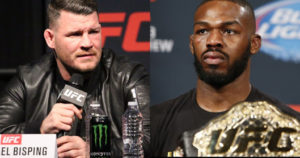 However, even after the fight, some pricking point prevailed as reportedly Jones had some words to say about former middleweight champion Michael Bisping. Bisping in a recent episode of his podcast ‘Believe You Me’, claimed that Jones had some abusive comments about him, which he was discussing with people associated with FOX. The comments were an aftermath of a question asked by Bisping during the interview. (via YouTube):

Firstly Bisping cleared the fact that he was obliged to ask this particular question by the FOX members. Bisping asked Jones as to what the consequences would be if he tests positive after the fight. Bisping claimed that the question fumed Jones as he went on to ask, “Is that motherf***er Michael Bisping going to be asking questions again with his f**king dumb s***?”, to a FOX member off air.

During the pre-fight press conference, Jones insulted and bullied a journalist Izabelle Kostic as well for asking him a question related to his steroid controversy.

Previous articleAnthony Smith wants to fight Jon Jones next: We are on a collision course!
Next articleMike Brown reflects on hugely successful weekend to cap off 2018 for ATT fighters