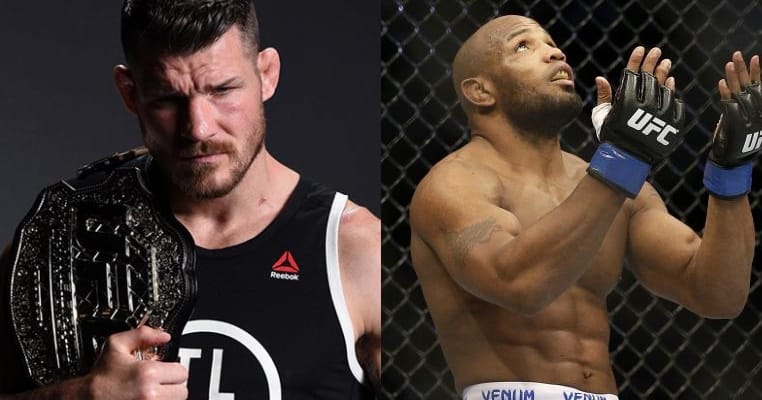 Back in 2016, Romero failed a drug test by USADA and tested positive for Ibutamoren, which is a growth hormone stimulate. The Cuban, however, denied having taken the stimulate knowingly and alleged that the test came back positive via a tainted supplement.

However, later USADA tested the supplement and it was indeed true that the supplements were tainted. Because of this USADA only banned him for six months. 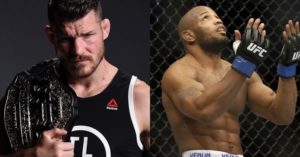 Meanwhile, Romero didn’t let this incident slide. He sued the supplement maker Gold Star Performance back in 2017, in Middlesex (N.J.) County civil court. The company never responded and as a result, the Romero won the case by default in court.

Romero’s victory inside the court has even made former UFC middleweight champion Michael Bisping happy.

“I’m like, there’s no way f*cking the Soldier of Steroids has got $27.5 million,” Bisping said on his Believe You Me podcast recently. “Anyway, it’s true. Yoel Romero sued whatever the companies called and got $27.4 million, and ya know, red panty night for Yoel Romero. There must be a god. That’s all I’ve got to say on this.

“He got $27 million, which is incredible. And I’ll say this, me and Yoel we had a little thing over the years. Congratulations. If you’re listening to this, well done. That’s awesome. It really is.”

Although, Bisping and Romero have had beef between them before. Back in 2017, Bisping ripped apart Cuban flag and even criticised Romero when he failed a drug test.

“I’ve never been to Cuba but I reckon $27 million goes a f*cking long way in Cuba,,” Bisping said. “I don’t care where you convert it – yen, dollars, pesos, pounds – whichever way you f*cking slice it, that man is a rich man and he never has to work a day again in his life. Well done. I salute that. I’m happy for the man.”

However, despite winning a huge amount of money, Bisping feels that Romero will keep fighting inside the Octagon.

“I’m joking but in all honesty, I think he will still carry on fighting because that’s his identity, that’s who he is. He’s a true competitor.” (H/T – MMA Fighting)

Meanwhile, the Cuban star already has a fight lined up against Paulo Costa at UFC 241 on August 17

Previous articleFighter of the Week: Dhruv Chaudhary
Next articleMax Holloway talks NBA finals and how the Raptors inspire him