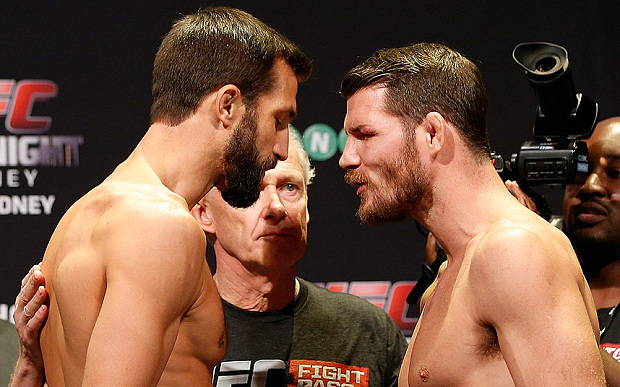 Earlier in July at UFC 238, Luke Rockhold made his light heavyweight debut against Jan Blachowicz and it didn’t end well for him as he got brutally knocked out in the second round.

This was his second back to back KO loss. Before that, he fought Yoel Romero at UFC 221 where he lost via KO in the third round. Rockhold suffered a broken jaw in his last fight against Blachowicz for which he had to undergo surgery and insert a titanium plate. 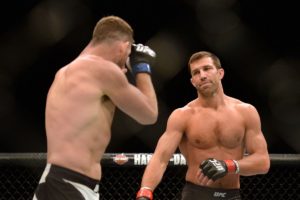 Now, his former foe Michael Bisping wants to see the former Strikeforce and UFC champion Luke Rockhold retire from the sport of MMA.

“Listen, he’s right,” Bisping said on his podcast (via MMA News). “He achieved a lot in the sport. I feel sorry for Luke, even there I was taking the piss. I like Luke, he’s a decent enough guy. He became Strikeforce champion, he became UFC champion. He had some great wins, he had a fantastic career so he’s got a lot to be proud about. And at some point, you do have to move on. You can’t do it forever and certainly, I hate to say it, getting knocked out cold three of your last four it’s definitely time to call it a day.”

Luke Rockhold in his most recent interview had said that he is content with not fighting and he is happy where he is currently.

“My head is content where I’m at right now,” Rockhold told MMA Fighting last week. “I’ve done a lot of things in the sport. I’m not trying to be a headline maker. I’m not trying to say I’m going to retire and then want to come back. I don’t like to close doors on things in life.

“Right now, I’m just happy not fighting. It feels good to focus on other things.”

“Fighting takes a lot. I’ve done it, I’ve been to the top of the game. I just don’t have the same passion, the hunger for it at this point,” Rockhold added. “I’m excited to go in other realms of life. I know I have a lot of fans out there. I’m sorry I’m not fighting but you never know. Maybe someday I will but I don’t foresee it at this point.

“A couple of grappling matches to keep myself entertained in the process, I think the people who tune in will have some fun watching. I’m going to bring it to this kid, and if I do another one, I’m sure it’s going to be fun and entertaining.”

The 35-year old has also battled numerous injuries in his career with the most prominent one being his shin injury that kept him out of the cage for a total of 511 days.

Even if Rockhold retires from fighting, he can revert to modelling where he is doing really well and has made numerous appearances on Polo Ralph Lauren ads.