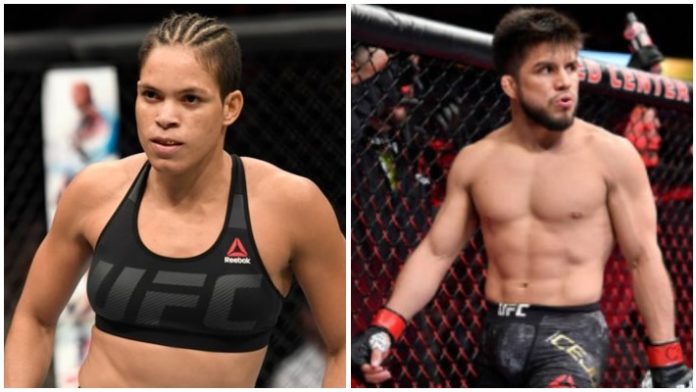 Last month Henry Cejudo officially became ‘Champ-Champ’ as he stopped Marlon Moraes in the third round at the main event of UFC 238 in Chicago, Illinois. 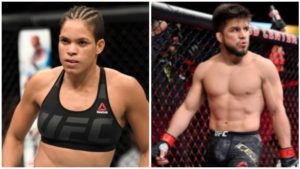 But apparently former UFC middleweight champion Michael Bisping has said that he is very interested in watching Cejudo fight Nunes and went as far as saying that he would put his money on Nunes.

“He said he wants all the belts from 125 to 145 and that means the female belts as well, and I swear to god, I would love to see Cejudo vs. Amanda Nunes,” said Bisping in his podcast Believe You Me. “I like it. I mean I’m not for a woman fighting a man or beating a man up. I like what he’s saying, but I kinda wanna see Nunes. I think I’d put my money on Nunes in that fight. I honestly would. I think I would put my money on Amanda Nunes in that fight.”

“Fighting has weight classes. Henry Cejudo fights at 125. Amanda Nunes fights at 145 and 135. She’s the same size, if not bigger. She’s a bigger person. . . Henry Cejudo is 5 foot 4. Amanda Nunes is 5 foot 8. I’m not saying she’s thick, but she’s big. She’s bigger than Henry Cejudo. She has knockout power. I’ve seen Cyborg spar with men and dominate men. I have seen Cyborg in the gym rolling with men and beating men. And I have seen Amanda Nunes go out there and punch Cyborg in the face and knock her flat on her face in 51 seconds.”

Previous articleUFC 240 Embedded: Vlog Series – Episode 1
Next articleRussian Boxer dies after suffering from a brain injury sustained during a fight on Friday