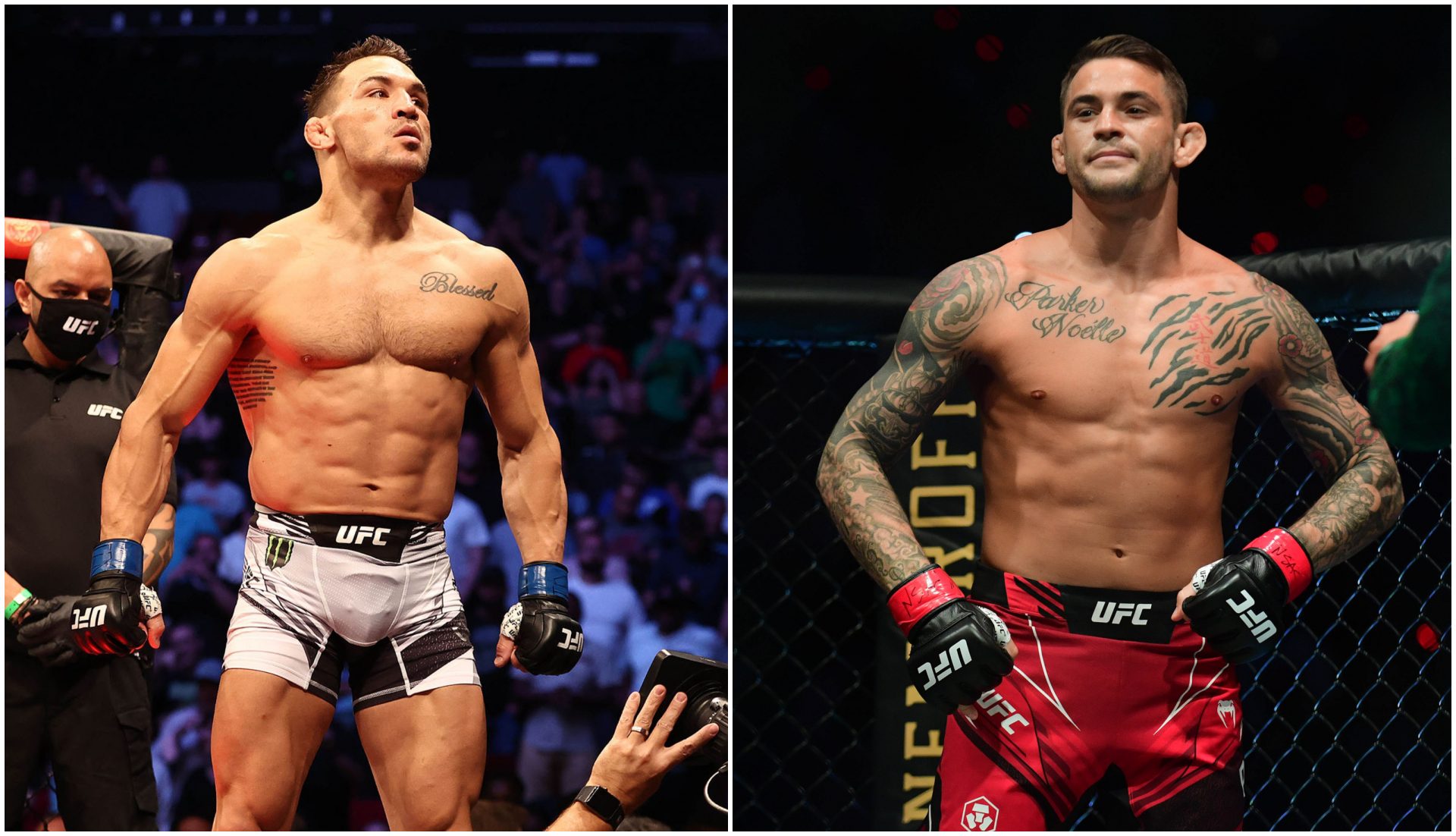 With back to back victories over Conor McGregor, Dustin Poirier has established himself as one of the greatest lightweights in the world and according to many, the number 1 ranked UFC lightweight deserves a shot at Charles Oliviera’s throne.

However, Michael Chandler believes otherwise and feels “The Diamond” should settle for a fourth encounter with his Irish Rival, rather than going after the lightweight title.

A former three time Bellator MMA Lightweight champion, Chandler has already had his taste of a UFC title fight when he contested against ‘Do Bronx’ Oliveira back in May at UFC 262 for the vacant lightweight belt.

On the other hand, Dustin Poirier is coming off of back to back wins against Conor McGregor, at UFC 257 and UFC 264 respectively and is on the verge of landing a title fight against Oliveira later this year. Chandler, however, says if he was in Poirier’s shoes, he would go after ‘Mystic Mac’ for the fourth time over opting for a title fight, considering the trash talk that McGregor had fired at Poirier which included his wife Jolie and kids and even a death threat.

“If I’m Dustin Poirier I’m just waiting for Conor 4, you know? I am. This was an interesting hot take that I actually heard Jesse ON FIRE talking about that if Poirier goes and wins the title, can Conor come right back and fight Poirier if he has the title? Crazier things have happened,” Chandler said to Helen Yee.

“But if I’m Poirier I’m waiting out and waiting for Conor 4, especially after he said numerous things about my wife and my kids and killing me, all that kind of stuff. But I also know, and this is a testament to Poirier as a competitor, he wants to win the ultimate prize in mixed martial arts.”

“He’s been an interim champion, but he hasn’t been a full-fledged 100% undisputed champion. So I think the competitor in him will go fight Charles Oliveira, but there’s a part of me that says he may as well just wait out and get the big money fight in Conor,” Chandler added.

Do you think Dustin Poirier should go after Conor McGregor again over Charles Oliviera’s lightweight title? Let us know in the comments.