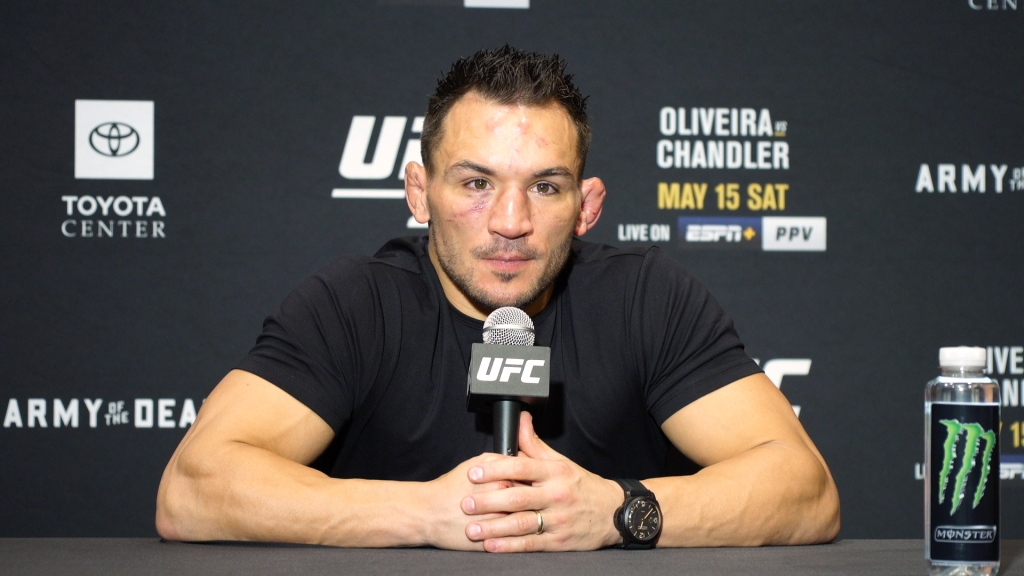 UFC lightweight division finally got a new champion after Charles Oliveira knocked out Michael Chandler in the second round in the main event of UFC 262.

Charles Oliveira and Michael Chandler started the fight with an all-out brawl. While Oliveira managed to takedown Chandler early in the fight, the former Bellator champion managed to drop Oliveira with hard shots and it looked for a minute that the referee was going to stop the fight, but Oliveira was saved by the bell. 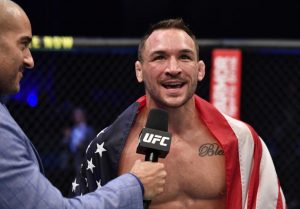 In the second round, Oliveira made a quick turn around and hurt Chandler with a right hand and then followed up with heavy ground and pound to ultimately become the new UFC lightweight champion.

Michael Chandler said during the post-fight press conference that it was a very close fight given the fact that he had Oliveira hurt in the opening round.

“It’s the fight game, man,” Michael Chandler said. “It’s 4-ounce gloves. You zig when you should have zagged and before you know it, Charles Oliveira is getting the belt wrapped around his waist instead of yours. Here we are. I’ve been here before, after losses. This sport moves quickly. I am still world class. Anybody next to get me into line for the title again, I believe I can beat them and beat anybody in the top five so we’ll see what happens.”

Michael Chandler will be champion in the UFC

During the post-fight press conference, he further added that his time will come and he will eventually become a UFC champion by the time his career is done.

Do you guys think Michael Chandler can become UFC champion? Let us know in the comment section below.

Previous articleChris Weidman provides update on his broken leg: “Pain is getting way more tolerable while standing”
Next articleWatch: UFC Lightweight Champion Charles Oliveira welcomed as a hero in Brazil after UFC 262 win