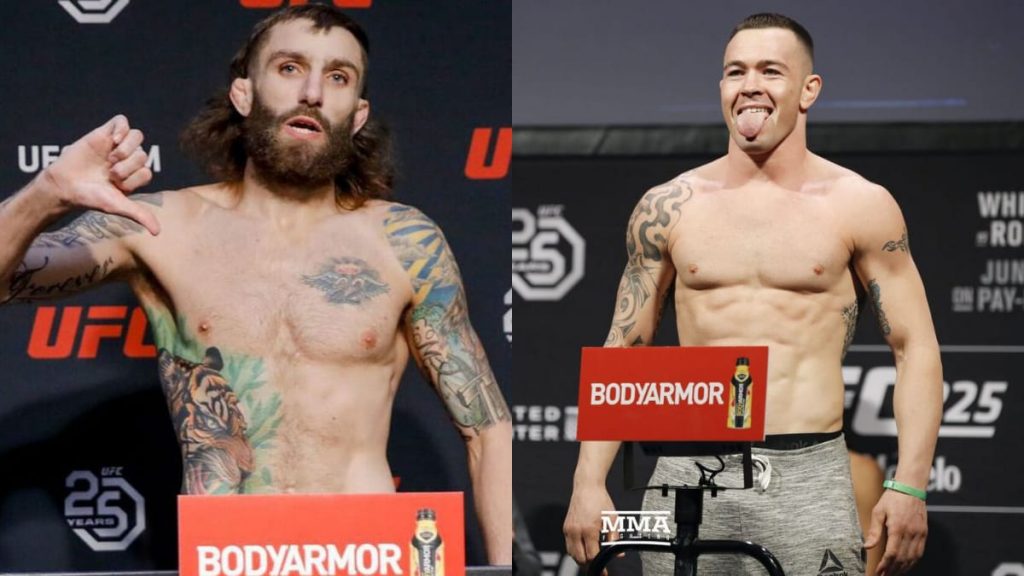 Following his win over Neil Magny, he called out the former interim champion Colby Covington.

“The election is over,” Chiesa said post-fight. “Colby Covington, your schtick is done. I want you next, boy.”

Why did Michael Chiesa call out Colby Covington?

Speaking to MMAfighting, Michael Chiesa reveals why he called out Colby Covington.

“I don’t know, I think it just jumped in my head,” Michael Chiesa said. “My manager had said something to me like, ‘Who are you gonna call out after the fight? I think you should call for Colby with the election being done.’ This was at the very beginning when I got to Fight Island and I was like, ‘No, man. I’m not even thinking about that.’ I put zero thought into it because I wanted to be focused on Neil because he’s a guy that you can’t give any space. If I have one mental lapse with him that could snowball into something really big. So I maintained my focus on him.

“Maybe it was [Daniel Cormier] because last time I had the mic with him I did it,” Michael Chiesa continued. “I don’t know, it just felt right. And I know that’s a tough fight for me. I see what people say, and I know what the reality is. There’s a good chance that guy could beat me, but how am I going to try and become a world champion if I’m not fighting the best guys? Every underdog has to be an underdog. I’m not gonna be a favorite in all my fights. I wasn’t even a favorite in this fight. Everyone’s supposed to beat me. I feel like every time I fight I’m an underdog. Whatever, I’d rather fight the best guys and lay it on the line to get to my goals. I aimed big for that one. I thought it was pretty good; short, sweet, very concise.

“So we’ll see what happens. If he gets the [Jorge] Masvidal fight, that’s fine and dandy. Like I said, I’m not fighting until July, big fights happening in this division and we’ll see how they shake out.”

Who do you guys think wins in a fight between Colby Covington and Michael Chiesa? Let us know in the comment section below.