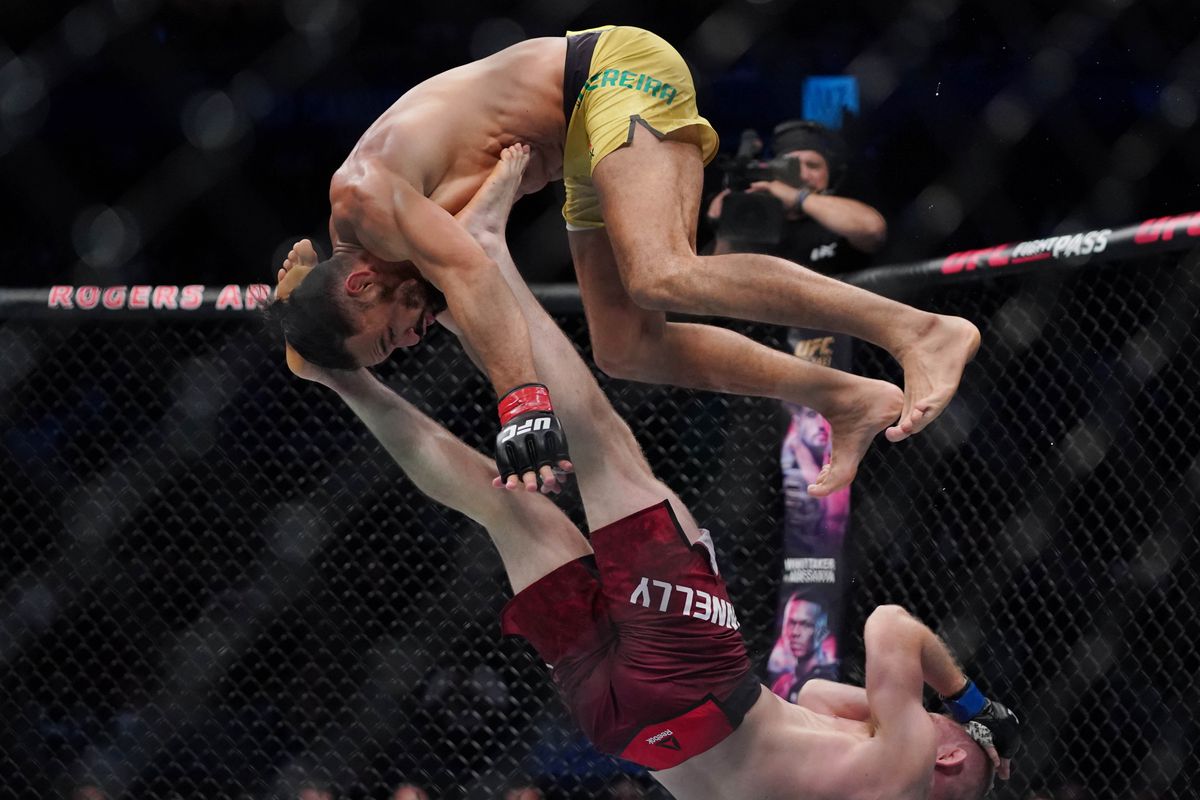 Michel Pereira put on quite a show at UFC Fight Night 158 which took place at the Rogers Arena in Edmonton, Vancouver, Canada last weekend. Even though he lost the fight, the fans were entertained by his theatrics inside the Octagon.

He fought a late replacement fighter in Tristan Connelly who took the fight on just 5 days notice as the originally planned opponent Sergey Khadozhko had to pull out of the fight because of visa issues. Pereira was also 5-1 favourite against Connelly. He was also the most entertaining one going into this fight.

He immediately started the fight with a flurry of acrobatic attacks, which included Superman punches, backflips inside the cage, kicks while he was running off the cages. All of this resulted in him being completely gassed out after two rounds. At the beginning of the fight, Pereira did manage to land some good shots and had some early success. However, from the second round, Connelly came back into the fight and by the third round, Connelly was dominating Pereira on the ground and had him under two guillotine chokes, but somehow Pereira managed to survive the rounds. 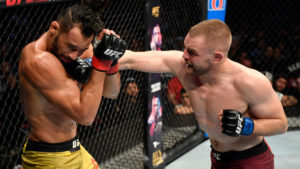 Now the 25-year old Brazilian has released a statement following the loss where he said that he believed that he had won at least two rounds against Connelly.

“In my opinion, I won two rounds, the first two. I was doing well and felt good in those rounds. I started to tire in the middle of the second round, but I believe I won the first and the second. In the third, my body was shutting down, I was too tired. It’s like they told me, though. The guy (Connelly) is Canadian, I’m fighting in his turf, so the decision is a little biased towards him“. (H/T – BloodyElbow.com)

He also said that it was the bad weight cut which resulted in him gassing out and not the acrobatics he put inside the Octagon and also said that he will be moving up in weight class.

“Guys, many bad things happened. I got tired but not because of the things I did, but for the huge weight cut I had. I cut 17.5kg (38.5 pounds) by myself, with no on else (to help), and dealing with the stress of helping with my cornerman’s visa who wasn’t there. Everyone else had someone to help, I was alone there. It’s not an excuse, but I know I’m a fighter that grows as rounds goes by, but I got tired since my body shut down in the beginning of the second round.

“I fight for you guys, to put on a show or you. Let’s support more and criticize less. I fight this way to make UFC more fun. Fighters today only think about winning and put on boring fights, and that’s why MMA is decreasing so much. I want to make my fans happy by watching my fights, but this time things happened and led to my defeat. I lost to myself. I will be back to do it even better. You’ll see I have cardio to fight three rounds no problem.” Periera said. (H/T – MMAmania.com)

Who do you guys want to see him fight next?