Middleweights under pressure ahead of Brave 14 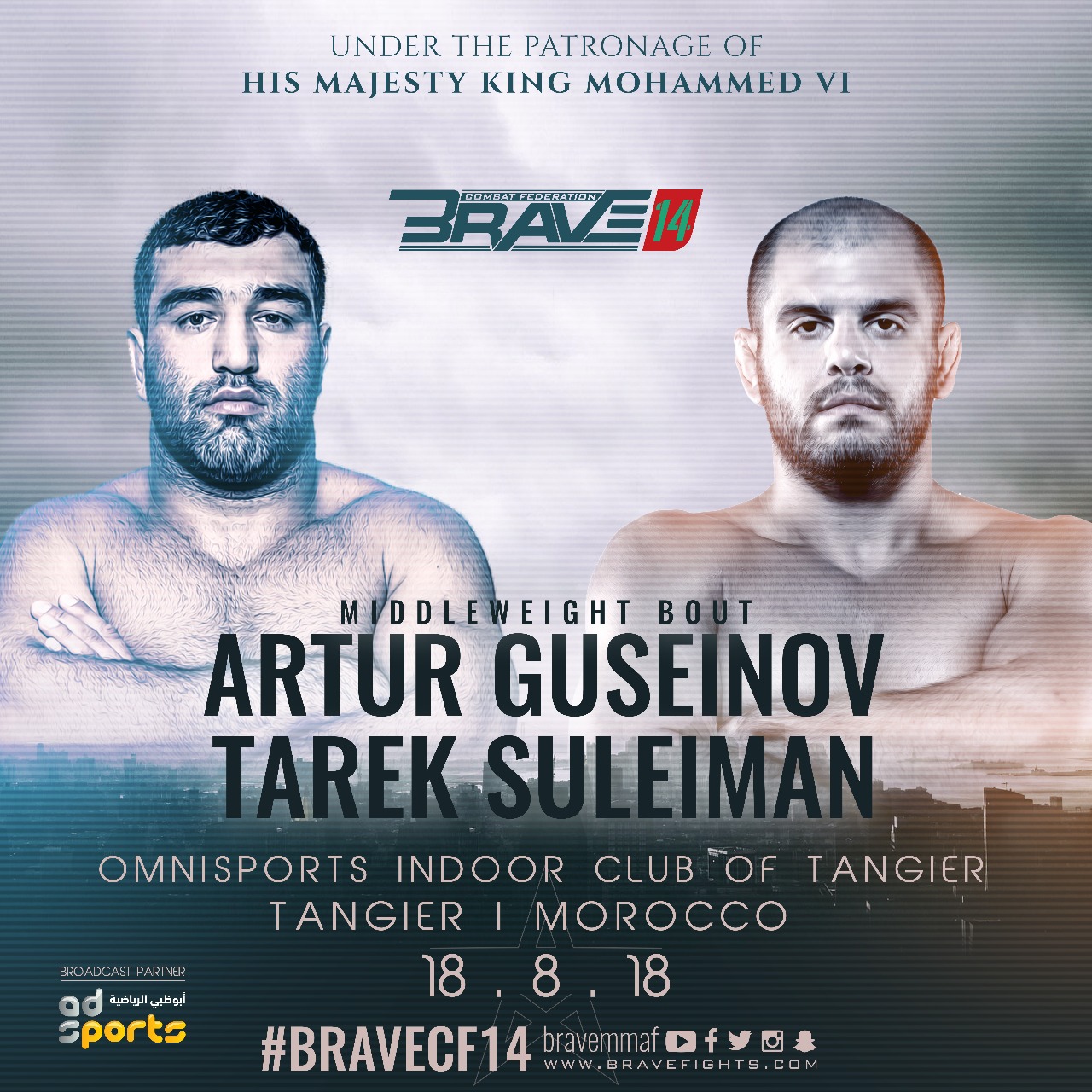 Tarek Suleiman had to wait months to make his second Brave Combat Federation appearance. Now set to take on Artur Guseinov in a Middleweight bout at Brave 14, set for The Omnisports Indoor Club, in Tangier, Morocco, next Saturday (18th of August), the Syrian fighter knows only a win will keep him going towards the top.
And the same can be applied to his future foe. Guseinov started his Brave CF career with a loss at Light Heavyweight, picked up two wins outside the promotion, and comes back willing to prove he belongs in the growing Brave Combat Federation’s Middleweight division.
“Suleiman has been one of the top fighters in the Middle East for a very long time, but he needs to win this one. He needs to prove that he’s still relevant, and this is a make or break fight for him and for Guseinov, who has been given a second chance at Brave. Whoever loses is out of the game, this is a no-brainer, their careers in Brave could very well be done”, ponders Mohammed Shahid, Brave president.
Tarek was disappointing in his first Brave outing, and was largely dominated by Will Fleury at Brave 10, and was scheduled to take on Chad Hanekom at Brave 13, but an injury kept him on the shelf. Fully healed and ready to go, Suleiman guarantees he will seize the opportunity on Saturday night.
“I’m healthy, my training is on point, and I’m very excited to move to the win column for Brave. I’m very excited to be a part of Brave’s first event in Africa and I’m ready to bring fireworks to Moroccan fans”, says Suleiman.

Previous articleEfrain promises to ‘beat up’ Quero at Brave 14
Next articleWheeler x Abdoul “not a clash of styles”, says Brave president