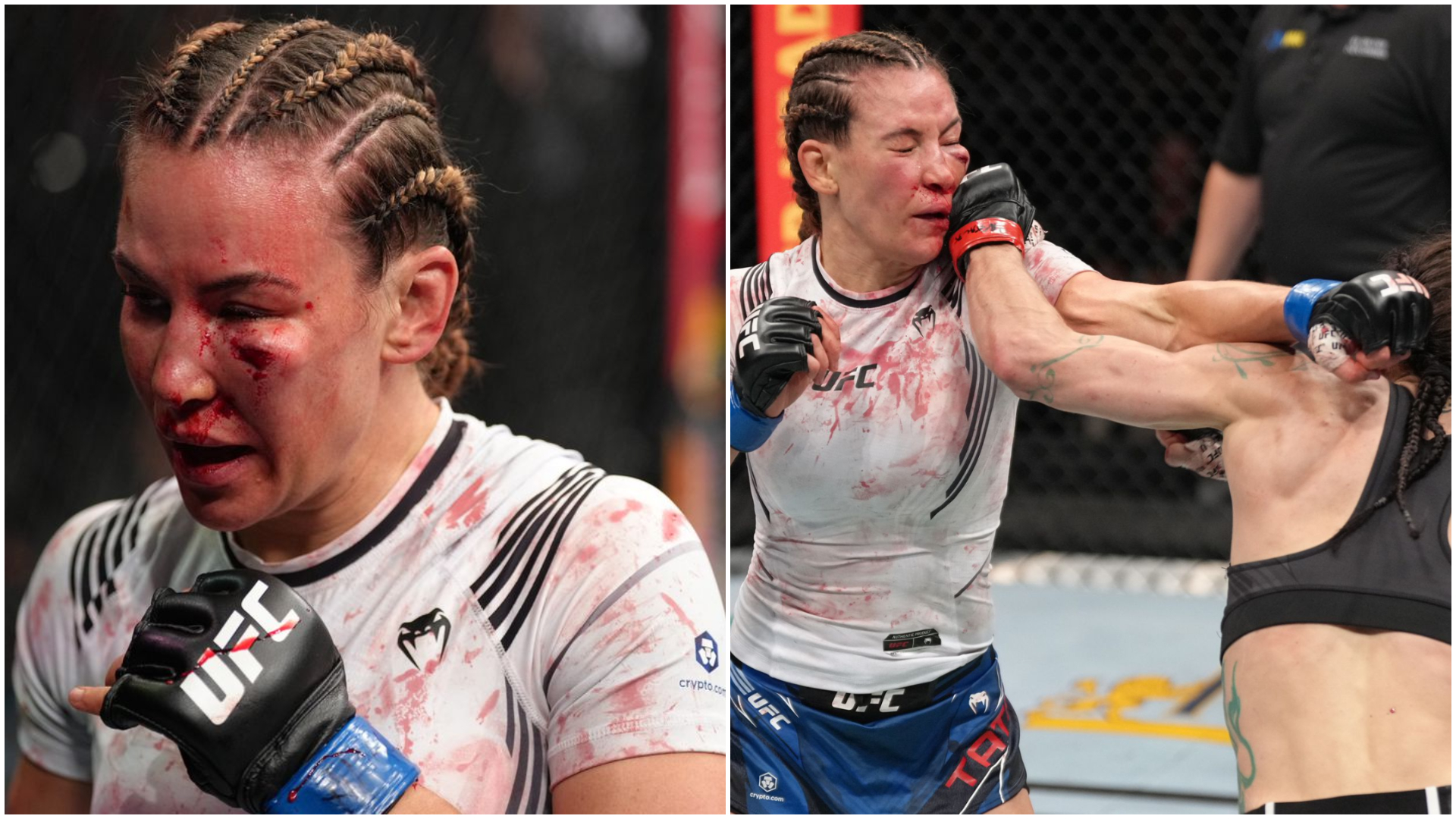 UFC star Miesha Tate recently suffered a bruising defeat against Lauren Murphy after they collided in the main card opener of UFC Long Island. The show transpired at the UBS Arena on Long Island, NY on Saturday, July 16. The bout went the distance and it was Murphy who would end up earning the unanimous decision victory. Miesha Tate took to her social media account and not only did she congratulate her opponent for the massive win, but she also thanked her fans who supported her.

Miesha Tate opens up on the loss

Following the exciting fight, Miesha Tate took to her Instagram account to address the defeat. She noted that while many women pay a hefty amount to get lips swollen, Tate got it from the gruesome battle against Murphy. She said that it was not her night and went on to thank the fans for their immense support.

Here is what she wrote:

“Some women pay a lot of money for lips like these! All I had to do was get in a little fist fight! Tonight wasn’t my night, congratulations to @laurenmurphymma and we continue to learn the lessons of life! I had the most UH-mazing dinner at my favorite restaurant @cheeseboatbk and met Mama Cheeseboat herself. I’m still blessed beyond measure win lose or draw! Thank you to all those who continue to love and support me regardless, you know who you are.”

Tate (19-8 MMA) decided to make the drop to flyweight following her unanimous decision loss to Ketlen Vieira in November of last year. That loss was preceded by a TKO victory over fellow veteran Marion Reneau. This is the second loss in a row for Tate. It was also her flyweight debut, so the defeat to Murphy doesn’t exactly go well for Tate’s 125-pound title aspirations.

Since making her return to the pro MMA competition, Tate has gone 1-2. As for Murphy, it was a much-needed victory after she was dominated by reigning UFC Women’s Flyweight Champion Valentina Shevchenko last year.