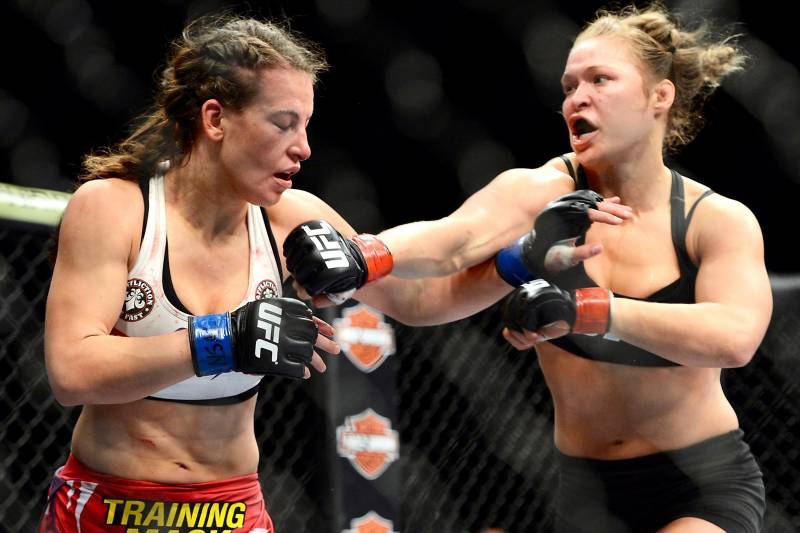 The former female UFC bantamweight champion Miesha Tate recently revealed that if given a choice she would choose Ronda Rousey’s career over Amanda Nunes’.

It goes without saying that both Ronda and Miesha had one of the most terrific rivalries inside the Octagon and neither fighter ever saw eye to eye with each other, but all said and done Miesha Tate has always respected Rousey as a fighter.

In a recent interview with MMA Tonight, the former bantamweight champion was asked a hypothetical question by the host of the show, “Whose career would you rather have had? Ronda Rousey’s or Amanda Nunes’? 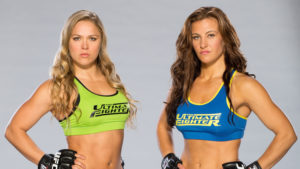 To this Miesha Tate revealed that she would have chosen Amanda Nunes’ career 18-months ago when Tate didn’t have a daughter, but right now she would rather have Rousey’s career.

“You know, this is such a weird question,” Tate said, “because I feel like before I had my daughter, I for sure would have been like, ‘I’d rather have Amanda’s,’ to be honest. But then looking at everything that is to gain from the popularity and securing my daughter’s future, it’s almost like, how do you do it all?

“If you’d said something like Ronda hadn’t earned all of this … you know (but) Ronda did. She won, she did everything, she dominated, she did a lot of great things. She just got 100-fold recognition for everything she did.”

If @MieshaTate could take her fighter hat off and have the career of either Amanda Nunes or Ronda Rousey, which would she choose and why? She gives her answer to @RyanMcKinnell and explains her choice. pic.twitter.com/F6voTd8EiB