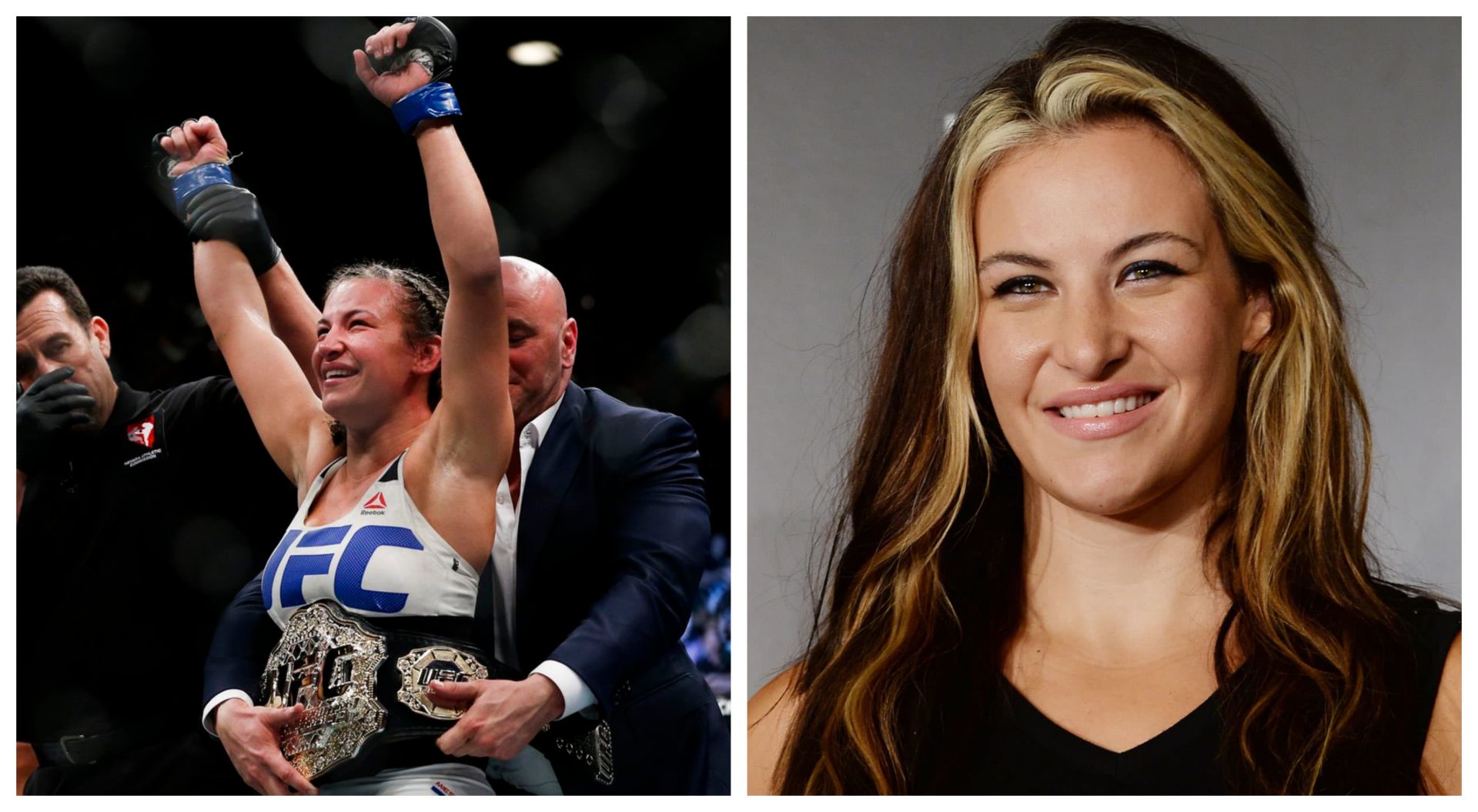 It has been almost five years since Miesha Tate was last seen in action inside the Octagon. And now, the former UFC Women’s Bantamweight champion of the world is self-assured that she can run for the title once again.

Tate will be breaking her hiatus of four years and eight months on this Saturday night as she takes on Marion Reneau at UFC on ESPN 26 to take place at the UFC Apex Facility in Las Vegas.

Regaining the Bantamweight title is the long-term goal for Miesha Tate, but her current focus is on Marion Reneau

Despite being 34 years of age at the moment, “Cupcake” is confident in making a brilliant return to the sport and on top of that, believes she still has the brawn and brain to go at the Bantamweight title once again.

“It’s a tall order. I know. A lot of people think I’m delusional, I know. I know I’m crazy but everyone thought I was crazy before. I was the underdog going in against Holly (Holm) and look you’ve got to dream big,” Tate said in an interview with MMAFighting.com.

Equating her anticipated comeback to that of Francis Ngannou, who came back to defeat Stipe Miocic and win the rematch, Tate believes she can follow the same path of redemption and taste success inside the cage once again.

“If you’re not dreaming big then you’re cheating yourself. People thought Francis (Ngannou) was crazy, too, the first time he got defeated by Stipe. He figured it out and he’s a better version of himself,” the submission wrestler went on, “if there’s anybody I’d like to model myself after, it’s that man. That storyline of evolution and figuring it out.”

While the Bantamweight title is her long-term goal, Tate’s current focus is on Reneau this Saturday night, and she doesn’t want to take her upcoming opponent lightly.

“I can’t get ahead of myself but I do have long-term goals. My long-term goal is to be a world champion again. Short-term goal, don’t underestimate Marion Reneau. She’s tough as sh*t and I know she’s going to bring it on July 17,” she added.

Tate won the Bantamweight title with a victory by submission against Holly Holm at UFC 196 on 5th March 2016. Unfortunately, Tate’s title reign was short lived as she lost in July at UFC 200 against Amanda Nunes, who is still reigning champion.
Tate suffered her second straight loss that year, succumbing to a defeat by unanimous decision against Raquel Pennington at UFC 205 in November, which remains her last appearance inside the Octagon.