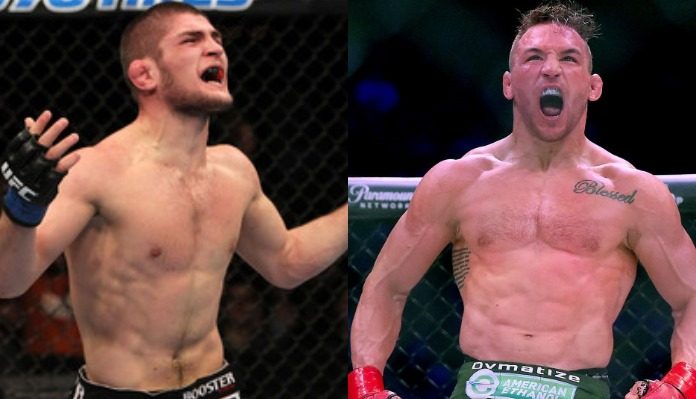 Mike Chandler, Bellator Lightweight Champion, has picked Khabib Nurmagomedov as the winner of the fight between Khabib and Dustin Poirier.

Chandler said, on The MMA Hour, that although Poirier is good, Khabib can seriously make him uncomfortable. Chandler complimented Khabib’s ability to put people in such positions and stated that Khabib may be too good for Poirier to handle.

Chandler is set to fight Patricio “Pitbull” Friere at Saturday’s Bellator 221 event. Their rivalry has taken a personal turn in recent times.

Friere accused Chandler of doping before and has questioned his “legacy”:

“His legacy is doping. That’s his legacy,” Freire told MMA Fighting in April. “He’s done this all by doping. He knows it. He knows he just needs to be random tested and you’ll see. That’s it. That’s why he didn’t join the UFC, because he’s avoiding USADA.”

Chandler has since responded :

“There’s absolutely no validity whatsoever,” he said (via MMA Fighting). “I’ve never touched a performance-enhancing drug. The good thing is, I can sit back and see the accusations and see the things people say. Any sane person would say that’s a feather in my cap: ‘You obviously look so good or you’re such a conditioned athlete that people accuse you of those kinds of things.’

“For him to say that, I don’t really understand where his basis is. All he’s ever said is ‘I think he’s using them’ or ‘He is using them.’”

Watch the full interview down below :