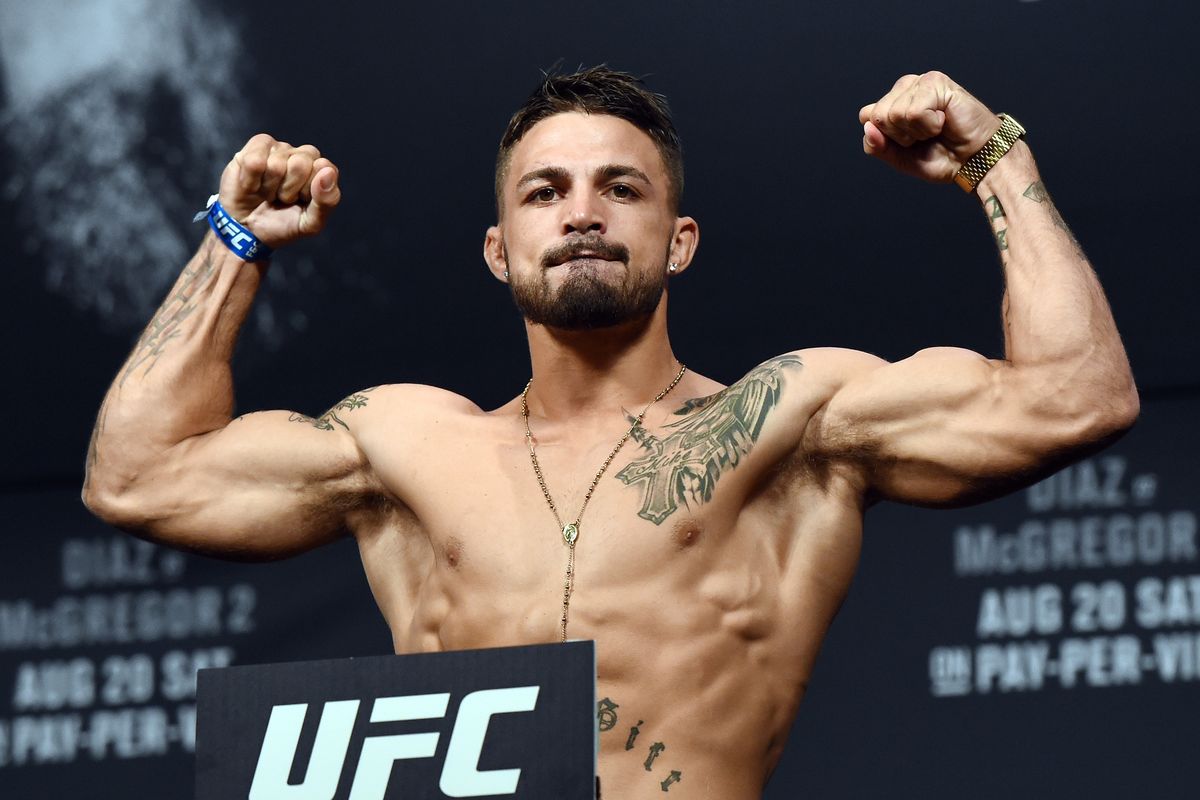 Mike Perry is making it a habit to face the Cowboys of UFC. Fresh off a defeat to ‘Cowboy’ Donald Cerrone at UFC Fight Night: Korean Zombie vs Rodriguez, Mike Perry will now be facing ‘Cowboy’ Alex Oliveira at UFC on ESPN 3.

Mike ‘Platinum’ Perry was not the originally scheduled opponent for Alex Oliveira. Oliveira was supposed to face Li Jingliang. However, on the 23rd of March, it came to light that Jingliang had suffered an injury, and would not be able to compete at UFC on ESPN 3. Mike Perry was inserted into the fight as a last minute replacement for Jingliang. He will be facing Alex Oliveira in the fight.

Perry and Oliveira’s is not the only changed up fight on the card, as the headliner underwent a massive change as well. The fight was supposed to be between Paulo Costa and Yoel Romero, but after Costa had to back out, ‘Jacare’ Ronaldo Souza stepped in as a replacement.

After two wins, Oliveira is coming into this bout on the back of a loss in his last fight as well. He faced Gunnar Nelson in a fight at UFC 231 but was not able to pick up the win. He was forced to tap via a Rear Naked Choke.

Perry was extremely hyped up about the fight himself, even before it became public knowledge.

The fight is set to take place on the 27th of April.