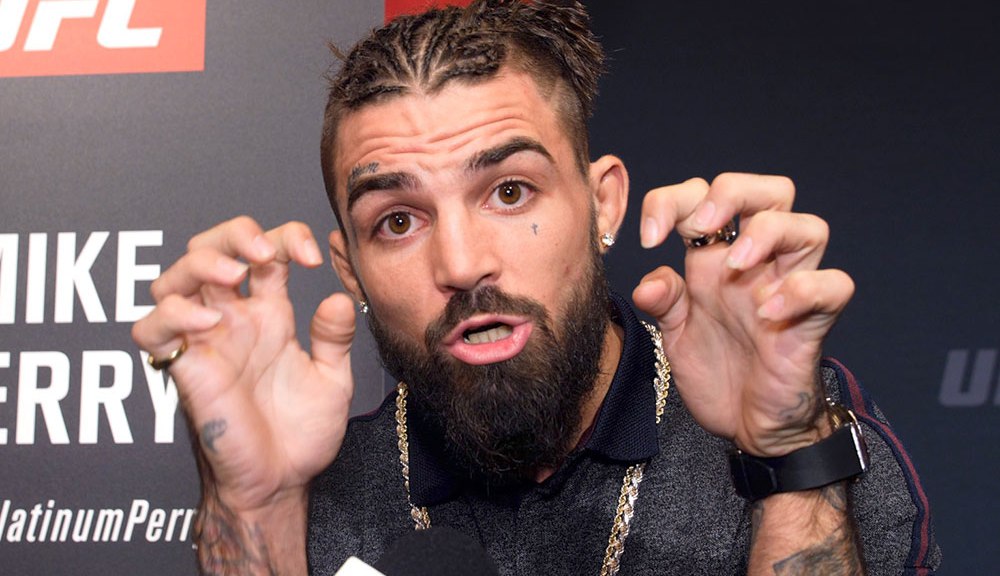 Welterweight brawler ‘Platinum’ Mike Perry takes on veteran Donald ‘Cowboy’ Cerrone in the co-main of Fight Night 139 on November 10 in Denver, Colorado, which marks the 25th Anniversary of the promotion. Perry and Cerrone have been beefing ever since Donald Cerrone’s appearance at Joe Rogan Experience and him trashing Jacksonwink MMA head coach Mike Winkeljohn.

However, brushing that aside it looks like Mike Perry is very much hyped about UFC 229 which is the biggest fight in the history of MMA. Ahead of the super fight, Perry professed to be a fan of McGregor’s trash talk in lead-up to his match with Khabib Nurmagomedov this weekend.

“He’s smooth man, he’s clever,” Perry said. “How can you not like the guy? But you listen to his ass talk and watch him fight!? I would absolutely love [to exchange words with McGregor at a press event]. Break out the red panties, baby!”

Mike Perry even went ahead and said that he loved the jabs McGregor threw at Khabib’s coach Ali Abdelaziz.

“When he called out Ali Abdelaziz, asking him ‘where’s Noah?’ and calling him a rat snitch, that was crazy!” Perry said.
Perry didn’t hesitate to throw his support behind the hard-hitting Irishmen:

“I’m going with the striker. Ireland. I think Khabib is very sloppy in how he closes the gap. Conor’s gonna hit him with those uppercuts coming in. I don’t know if it’s gonna be a short fight, or if Khabib will wrestle him down first and work his game before Conor shows it’s not hard to scramble out.”

“Khabib doesn’t have power. He’s hitting you, but he’s not hurting you. Conor’s like a porcupine. You can’t hold on to a porcupine.”

UFC: Kevin Lee opens up about weight cut issues, says everybody is waiting for someone to die

Previous articleWhen will Conor McGregor be a billionaire? 5 years time
Next articleIt’s pretty clear that Felice Herrig dislikes Conor McGregor and his ‘minions’