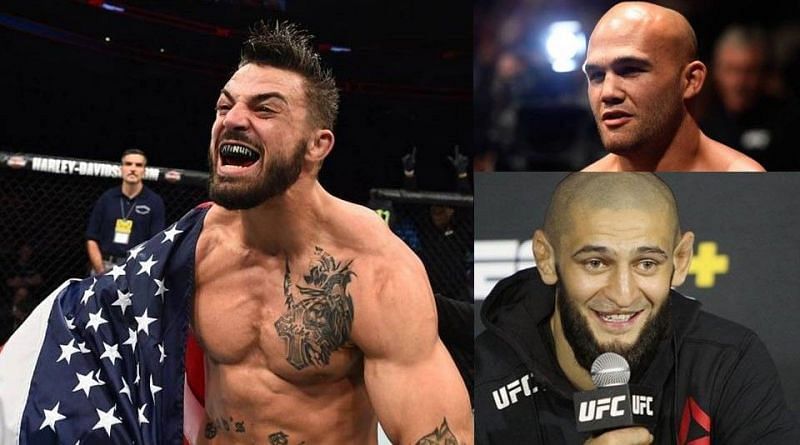 Former UFC welterweight champion Robbie Lawler has apparently dropped out of his fight against Mike Perry which was scheduled for UFC 255. 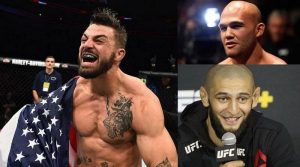 The former champion has lost 5 out of his last 6 fights, the last one being against Neil Magny on August 29th. Mike Perry on the other hand is coming off an impressive victory over Mickey Gall, and claims to be back to the fight game mentally. Despite the differences in their past performances, the fight made sense stylistically due to the fact that both the fighters are violent freaks.

However, Mike Perry took to twitter to announce that the fight fell off as Lawler faces an injury.

So @Ruthless_RL pulled out due to an injury. Looking for a replacement I asked for @KChimaev and we can do it at middleweight @ufc @FirstRoundMgmt

“So [Lawler] pulled out due to an injury,” Perry wrote. “Looking for a replacement. I asked for [Chimaev] and we can do it at middleweight.”

Mike has faced some issues lately outside of the Octagon, where he was caught in a video beating an old man up in a bar. There was also news of him getting into constant fights with his wife, who is now pregnant. Perry then admitted that he is facing issues with his anger and alcohol management, and is probably asked by the UFC to fix it.

With the UFC 255 card having a vacant spot to fill for Perry’s opponent, who has probably already started camp. He has now called out Khamzat Chimaev, who is known for calling fighters out. Khamzat became a star over a short period of time due to his readiness to fight anyone at any time. Chimaev won 2 fights, in two different weight divisions in a span on 10 days in his debut in the UFC, which was on Fight Island. While a lot of people thought he was all hype, he proved them wrong when he knocked out Gerald in 17 seconds with his first punch.

In the post fight interview to that fight, he said he was ready to get into the Octagon anytime, if he gets a good fight. Since then he has been calling out different Welterweights and Middleweights, including Chris Weidman, Luke Rockhold, Stephen Thompson, Leon Edwards and even Kamaru Usman. While Weidman and Luke refused to fight Khamzat, the others were too far fetches for him. He finally has a fight set against Leon Edwards, and will probably not take the Perry fight. But you never really know with Chimaev.