Mike Perry calls Michael Jai White a ‘n***a’ and Twitter is not happy! 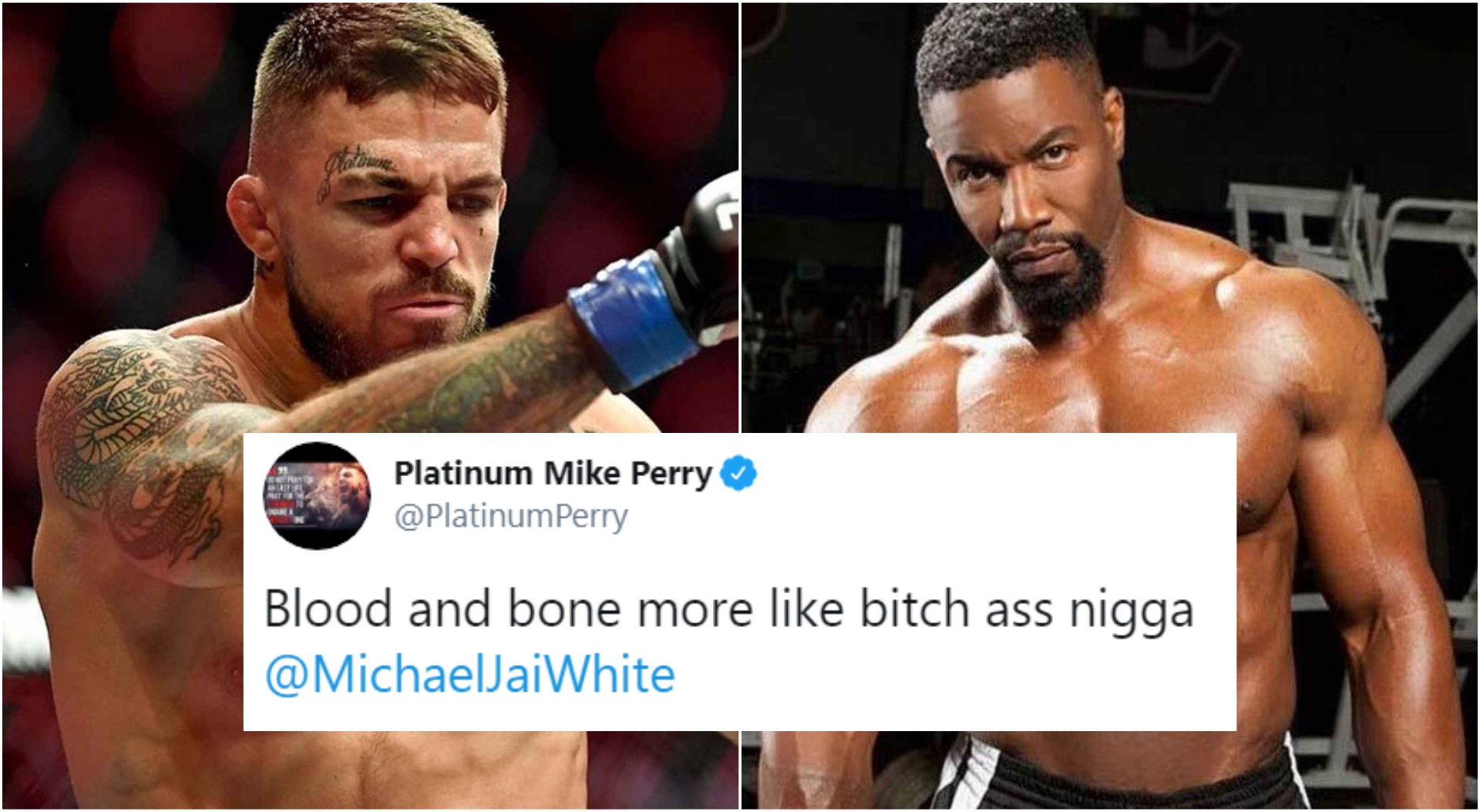 White who specialises in Martial Arts themed movie released a video on his youtube channel last month explaining the scene from his movie Blood and Bone, which was released in 2009. 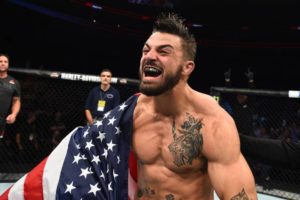 ”I told Kimbo I’d teach him some pointers, the same way I’ve done with a lot of champions in the past,” White says in the video. “So me and my training partner Armani, who played Big Lamonte in the movie, agreed to train him. But Kimbo became a little too … frustrated with the process. He was still a little freaked out and felt dominated, and sometimes that messes with a fighter’s psyche.”

”For me, I always loved to learn something new, even if that meant getting my ass kicked cuz it made me better,” he continued. “I wasn’t there to kick anybody’s ass. I was there to share. But some fighters are just too uncomfortable with new things, even if it’s proven to work. Believe me, I’ve run into a lot of this in the past. I don’t get it.” (H/T – MMA Mania)

UFC welterweight Mike Perry didn’t like the tone in which White was narrating the video and implied that Kimbo Slice would have beaten White in a fight.

I just feel like #KimboSlice would beat the fuck outta @MichaelJaiWhite and his tone in the video really bothered me. He should fight me backyard bare knuckle because I would like to learn this “prison movie technique” he was talking about #PPV #Or #For #Free 🤷🏼‍♂️

An actor recently was saying how he was trying to teach kimbo something too difficult for kimbo to grasp. I think you actors better stay in the movies. 1 knee make your nose look like special effects

Michael Jai White then took to Twitter and said that he never meant to diss Kimbo Slice and then took a shot at Mike Perry’s ranking in the UFC.

I like Mike Perry, that's why I follow him! Maybe he “FEELS” I meant to diss Kimbo but he’s wrong. Slice was my friend RIP, and many extracted the positive, teachable moment I intended. https://t.co/e3omWbqFa3

Maybe if MP learned my “Prison Movie Technique” he wouldn’t be ranked #20?😏I got no time for playground callouts Brother but holla when you come thru and maybe I’ll have time to give you a personal demo. Just DM me Bro. It really ain’t that hard! https://t.co/kxKdE5BTzO

Read @PlatinumPerry response and saw his past threats to @BrendanSchaub and others. Now I get it! I’m sorry I ever responded & wish him nothing but the best! This ends now. Honestly, be well MP!

Mike Perry wasn’t finished with White and he then used the N-word and called him out for a fight, which ultimately ended up offending most people.

What’s your world class rank ? I’m the real deal. I know it. I leveled up the intensity of the whole sport soon as I hit the world stage. You fight on playgrounds in your movies. Fight me in a pro fight and let the world watch. @danawhite ‘s backyard . https://t.co/8CrmWsNURT

UFC strawweight contender Angela Hill expressed her distaste over Perry’s use of the N-word.

White people using ‘nigga’ to insult a black person, I don’t give a fuck what your intentions were, it ain’t right. The few times I’ve run into Perry during fights he’s seemed cool, this isn’t cool. https://t.co/4PnQ5vHKVl

“White people using ‘nigga’ to insult a black person, I don’t give a fuck what your intentions were, it ain’t right,” wrote Hill. “The few times I’ve run into Perry during fights he’s seemed cool, this isn’t cool.”

Previous articleFrankie Edgar credits Korean Zombie for catching him with a ‘good shot’
Next articleUFC 246: McGregor vs Cerrone presser announced for Jan 16