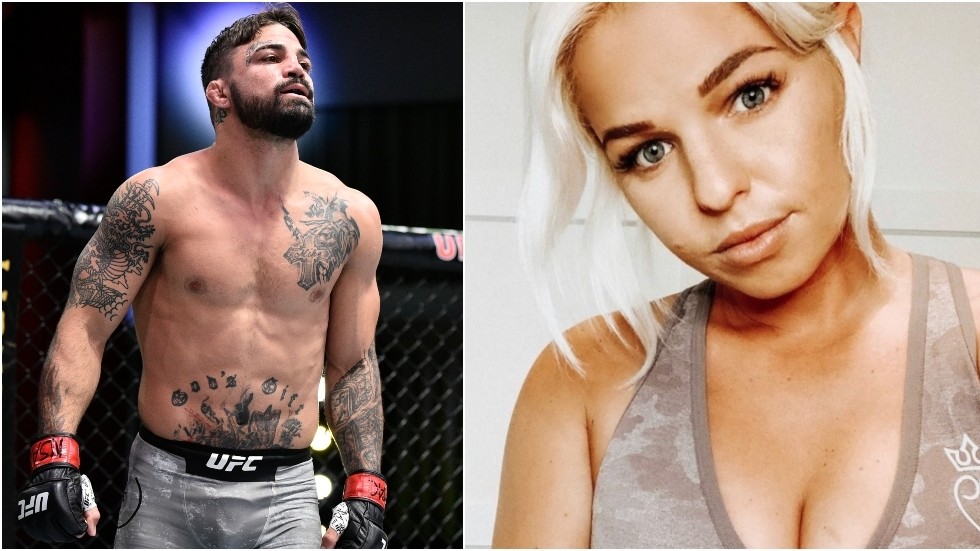 UFC welterweight fighter ‘Platinum’ Mike Perry has denied all the allegations made by his ex-wife and mother about domestic abuse.

Mike Perry and his ex-wife had a lot of things going on between them. Recently Perry’s ex-wife made domestic abuse allegations against him which were denied by Perry. Danielle Nickerson has opened up on the abuse she allegedly suffered at the hands of her ex-husband, UFC welterweight star “Platinum” Mike Perry. Perry’s ex-wife Danielle Nickerson sought a protective order against the UFC welterweight earlier this year but was denied after she “failed to allege facts sufficiently.” 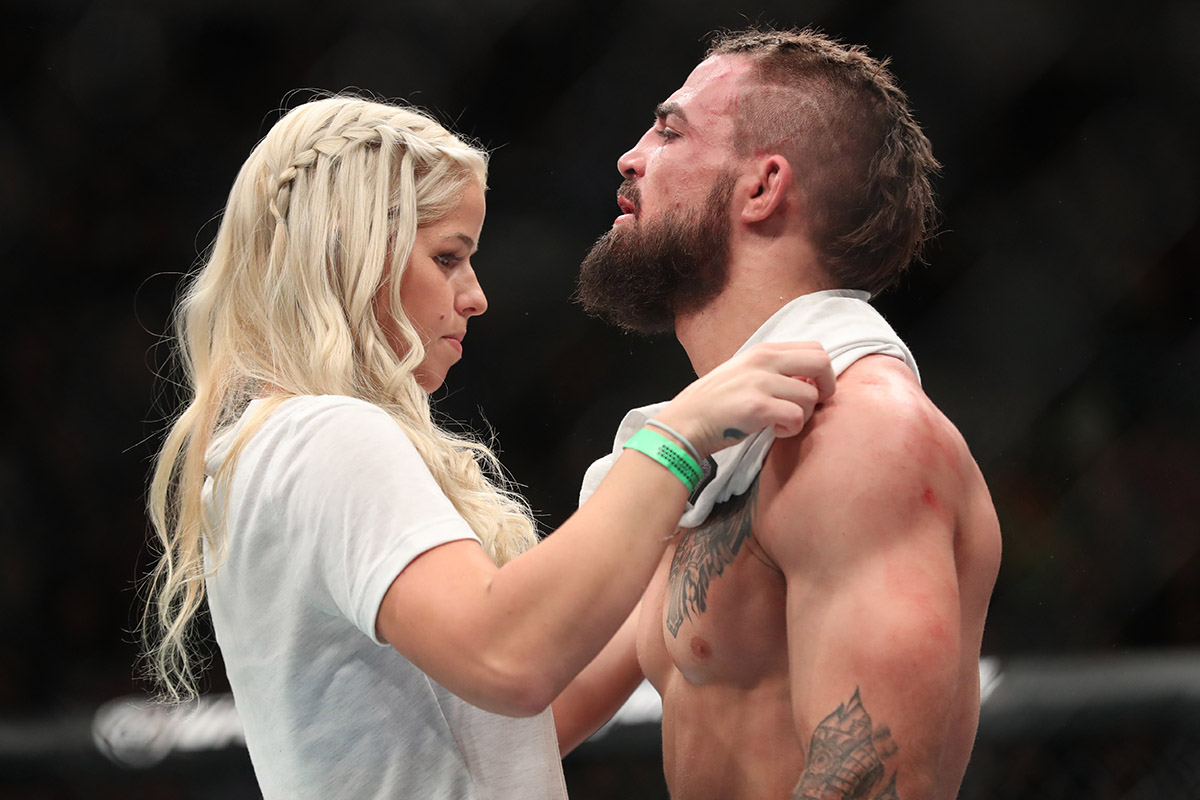 MMA Junkie released two stories Tuesday. The first was an interview with Nickerson in which she describes two instances in which she says she was physically abused by Perry. The second story contains audio of a 911 call from Feb. 10 — one of the nights Perry is alleged to have abused Nickerson. On the call, Perry’s mother, Sabra Young, tells a 911 dispatcher she is “scared for my life.”

Danielle Nickerson petitioned for an injunction for protection against domestic violence in the 9th Judicial Circuit Court of Florida shortly before she filed for divorce from Perry. But on March 4, she was denied by Circuit Judge Alice L. Blackwell. In the three written statements, Nickerson, 28, accused Mike, 28, of disturbing behavior and alleged that he made threats against her, though she never claimed that he physically harmed her.

She claims that she was physically assaulted by Mike several times. The worst incident of abuse allegedly occurred on February 10 of this year, when she says Mike “ground-and-pounded” her after a night of drinking. 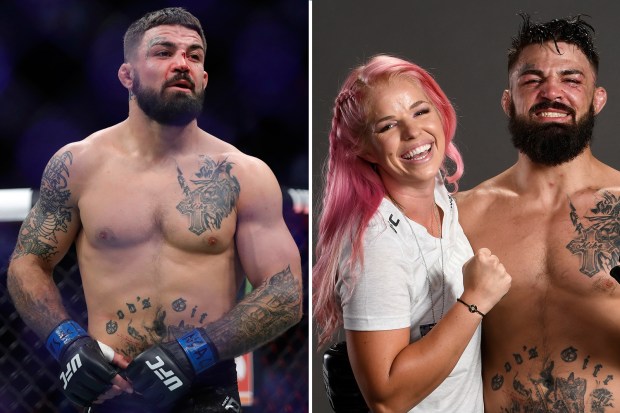 “He had his knee on my belly and just ground-and-pounded me until he got tired,” Nickerson said. “I did a decent job of covering my face. I still had hematomas on the back of my head. My entire right side from my entire arm, my legs, my ribs, everything was covered in bruises the next few days. He just got all of his anger out on me, and on the last punch I clearly – I think that’s why he stopped, is we heard my rib crack. He knew and sat back, and I think he was just tired – tired of hitting me so much.”

Nickerson says she then fled to a neighbor’s house and was picked up by Perry’s mother. When he allegedly showed up at his mother’s house, his mother reportedly called the police, worrying for their safety.

Mike Perry Talks about all the allegations

“Yes, I deny the allegations,” Mike said during UFC 255 virtual media day. “Our relationship – if you wanna call it that – had its ups and downs, and it’s long past due. We’ve been legally divorced, and there’s just nothing really to back what she is saying.”

“I did not assault her that night. I don’t believe that necessarily those allegations were made about the night that that 911 call took place,” He said. “The night that took place, what happened was Danielle just went over to my mother’s house, and I went over to talk to my mother to tell (Danielle) to come outside and speak to me. My mom said ‘no,’ and I was like, ‘What the heck? Can we have a conversation?’”

“My mom is a savage,” he said. “I’ve never disrespected my mother – that night only. And that was by revving my engine, and I drove across her grass. So she called the cops on me.”

He continued, “She’s always been over-dramatic and acting up since her and my dad had me. My dad was a wild dude, so she always expected something from me. That’s probably one of the reasons why I never disrespected my mother ever.”

The allegations made by Nickerson were a culmination of a downward spiral for Perry, who fights Saturday against Tim Means at the UFC Apex in Las Vegas. Less than two weeks after his June 27 win over Mickey Gall, Platinum Mike was caught on video knocking out an elderly man with a punch outside of a restaurant. That prompted the UFC to order Perry to seek treatment for an alcohol problem, which he reportedly did.

Perry is expecting his first baby – a boy – with girlfriend Latory Gonzalez. With the UFC electing to keep Mike on UFC 255 in the wake of Nickerson’s allegations, he’s thankful for still being able to compete Saturday.

“I feel that the truth is always out there,” he said. “I’m grateful for my opportunities, especially with all the things that seem to come against me. I’m still here. I believe that I’m a good person, and I don’t mean no harm to nobody unless we sign a death waiver.”

What do you guys think of these issues with Mike Perry?