Mike Perry gets a new opponent for UFC Pittsburg 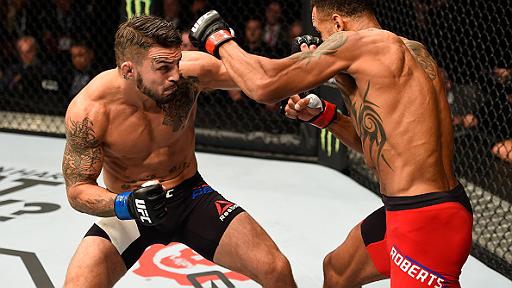 Platinum Mike Perry lost and gained an opponent for UFC Fight Night 116 in Pittsburg, taking place this weekend, in pretty quick succession as first his original opponent Thiago Alves had to withdraw because he got stuck in Florida due to Hurricane Irma and he was quickly replaced with just three days to go for the fight, with UFC debutante Alex Reyes who has won 13 fights by stoppage on the trot though at lightweight,on the way to becoming King of the Cage champion.

Alex will move up to welterweight for this fight with Mike Perry.

Mike Perry though seems to be happy that he still has a fight. 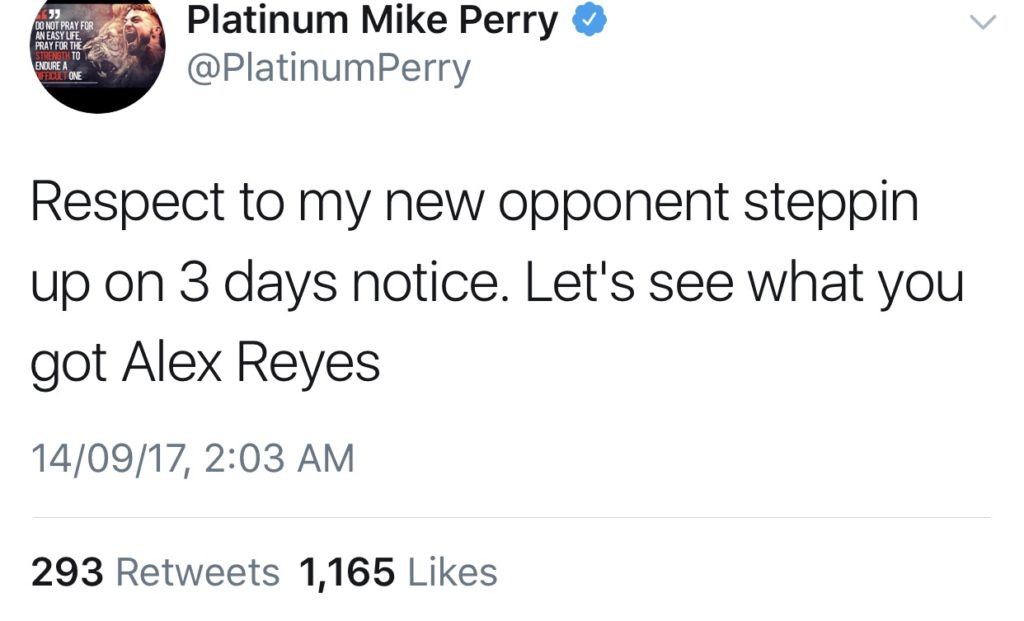