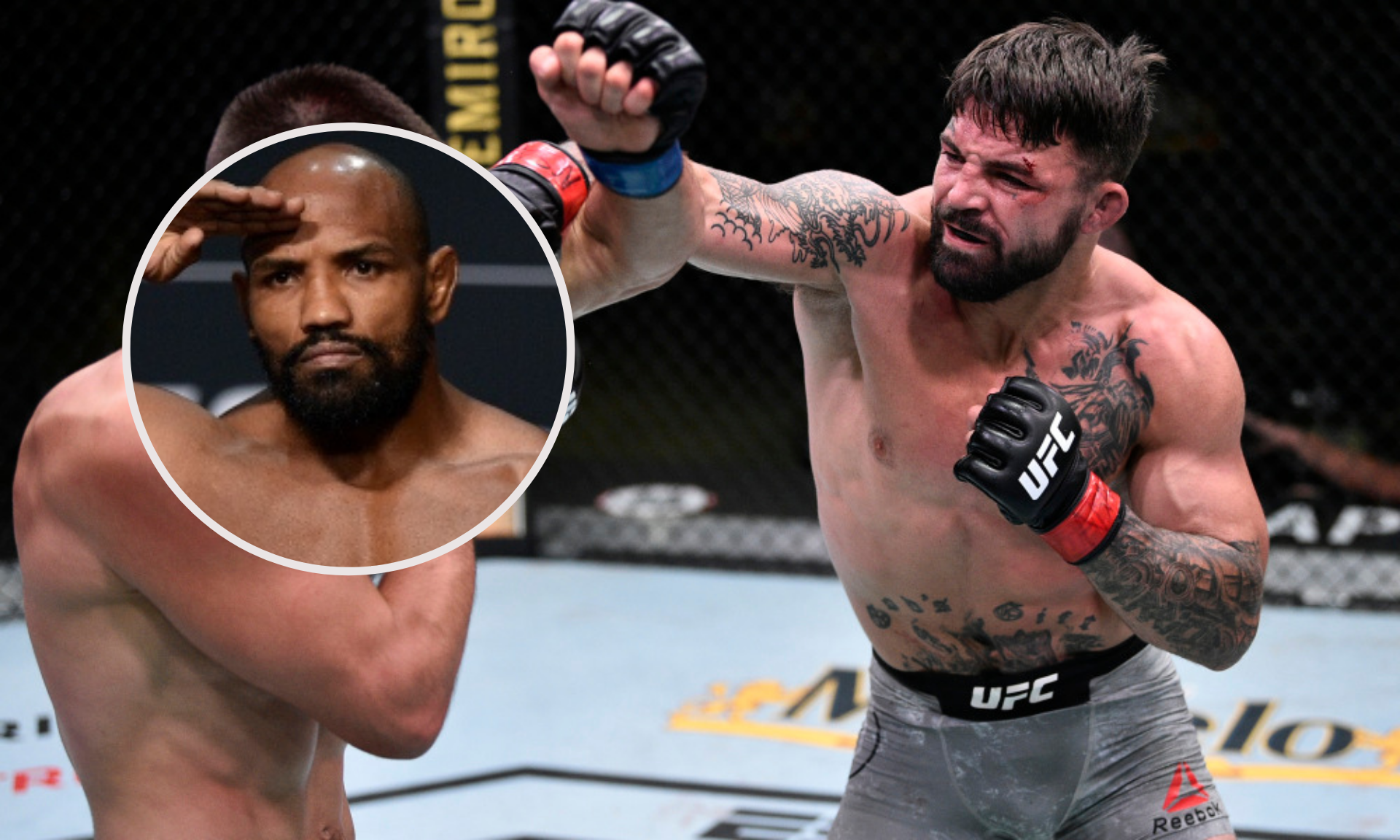 Mike Perry put on a clinic at UFC on ESPN 12 card in the co-main event which took place at the Apex facility.

He defeated Mickey Gall via unanimous decision. Perry beat Gall to the punch and dominated throughout the fight. In the opening round, Perry started applying pressure and made Gall fight on the back foot.

In the second round, both fighters were evenly matched and Mickey Gall attempted numerous takedowns, but Mike Perry showed his superior takedown defense. The third round was the decisive one and in this round, Mike Perry displayed his superior boxing and grappling skills. 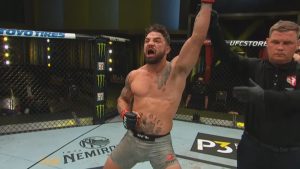 Mike Perry did tremendous damage to Mickey Gall in the final round by landing hard elbows during the final seconds of the fight.

The most interesting aspect of this fight was the lack of a proper corner for Perry. The 28-year old Florida native only had his girlfriend Latory Gonzalez along with the cutman assigned by the UFC. Mike Perry left his gym and coaches and claimed that he had been training with his girlfriend.

We head into the corner of Mike Perry. #UFCVegas4 pic.twitter.com/2KPOMrSeio

The whole saga was unique as in some instances Mike Perry himself had to get his water and his girlfriend was seen icing his back and neck.

Following the fight, Mike Perry talked about his future plans where he revealed that he was going to train with former UFC middleweight title challenger Yoel Romero.

I asked Mike Perry (@PlatinumPerry) if he would consider reaching out to the Diaz brothers in his search for a new team. He says he wants to work with Yoel Romero (@YoelRomeroMMA) because he wants to move up to 185 to fight some despicable Englishman he refused to say by name.

“I asked Mike Perry if he would consider reaching out to the Diaz brothers in his search for a new team. He says he wants to work with Yoel Romero because he wants to move up to 185lbs to fight some despicable Englishman he refused to say by name.” Brett Okamoto wrote.

Perry is talking about former UFC welterweight title challenger Darren Till, who is currently fighting at middleweight and is scheduled to fight former UFC middleweight champion, Robert Whittaker.

Mike Perry calls out the IRS

He also called out the IRS for heavy taxation. Mike Perry was guaranteed a $100,000 in his fight against Mickey Gall.

"Don't give me money if you don't want me to spend it, and then you gonna come back [and] ask me for something later. That don't even make no sense. I'm trying to wild out, bro."@PlatinumPerry is one of a kind 🤣 #UFCVegas4 pic.twitter.com/qPOVrVl2ns

“I’m going to go put some things together. I’ve got to go pay some bills, pay some debts,” Perry said.

“I’ve got to go talk to the tax folk and see if we can run that number down because I believe I paid out over $100,000 last year between a couple different countries, and then they trying to hit me again at the end of the year.

“It’s almost like I don’t even fight for minimum wage sometimes so … I’m asking for the government to stop taking so much of this. “Something got to work out, maybe we put in contract that taxes get paid when Platinum gets paid … I’m trying to wild out bro. I’m need Mai Tais on the beach!”