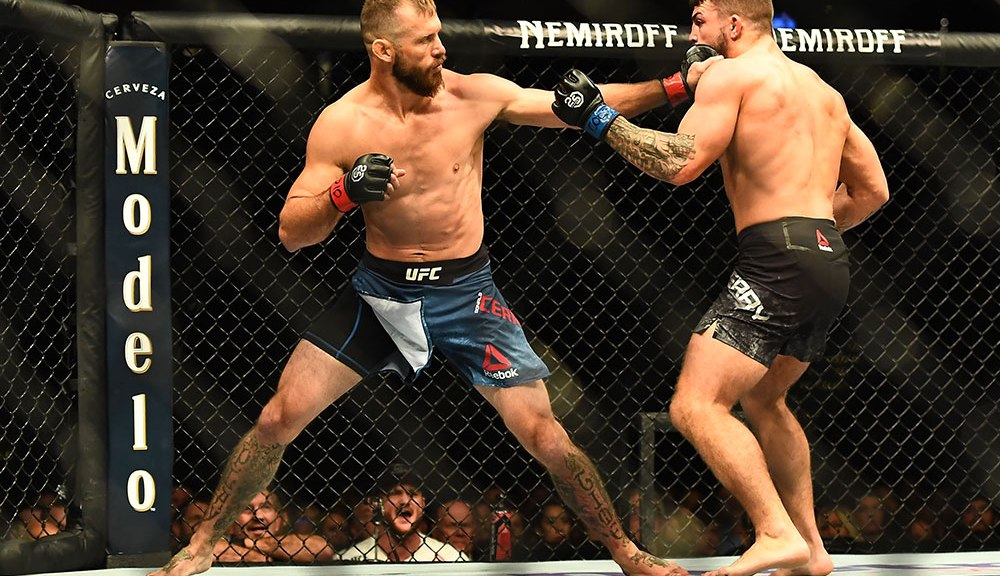 In the last fight against each other, Cerrone defeated Mike Perry in less than one full round, as he made Mike Perry tap out via an armbar.

However, after Cerrone’s fight with Tony Ferguson where Ferguson defeated him, Mike Perry has shown interest in stepping into the Octagon with Cerrone once again.

I’m up for a rematch @Cowboycerrone 😂🤷🏼‍♂️

“It’s not chomping at the bit,” Perry told MMA Junkie Radio. “I’m not trying to be a sore loser over here and I’m not going to beg for a rematch. But I think I’m a capable athlete and he got one over on me where in the right mindset that I feel these days, I can beat that guy. I feel I could have earned that ability or responsibility to get that opportunity to go in the cage or octagon and fight him again. He would have to see a different Mike Perry.”

“It’s ‘Cowboy’ Cerrone – he’s always down to go again to cash another paycheck,” Perry said. “It’s such a game of mindsets where you can play the game on rematches like that because I was finding myself when he fought me the first time. I feel that I have found myself now – so that if he feels, ‘I’m too old and tired to continue to try to get a title win streak going and win for a title,’ instead of giving up after all this time, then he can give me another shot.”

“If he beats me again, I believe that would boost him to the people – especially because he would have to come back up in size,” Perry said. “Maybe he should try to win a title at 170 if he could come back up here and try to fight me. I could fight three ‘Cowboys’ in a row and he could be the first and the last.

“We’ll see if he would want to fight me a third time after I beat him the second time. It’s just real. I want to get that rematch back. That’s the only MMA fighter who has ever stopped me. I may have lost decisions, but no one has ever done anything to me. They were always afraid and running away and ducking and covering. It’s nothing, bro.”

“I’d fight somebody like Leon Edwards, who is a very boring and dangerous fight at the same time,” Perry said. “He doesn’t take risks and he’s long and has got the reach. But I’m ready to fight all of their styles because I know what their game plan is at the end of the day. It doesn’t matter.”